HB 2363 puts Oregon Health Authority administrative rules into statute in an effort to minimize the use of non-therapeutic isolation of patients who come to emergency rooms during a mental breakdown but are locked in a room while receiving minimal treatment. Some Republicans objected to micro-managing the administrative process with a new law.
By:
Chris Gray 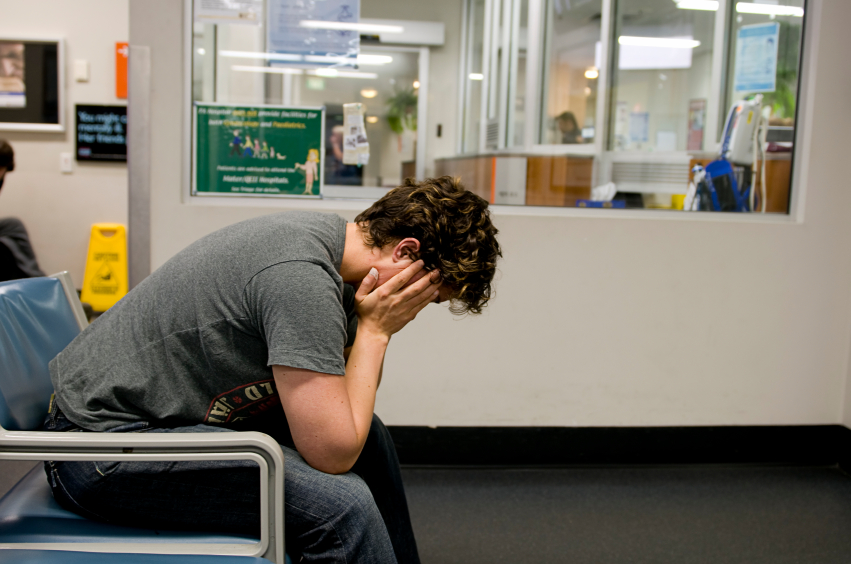 The Oregon House passed a bill Thursday that will require physicians working in hospital emergency rooms and other temporary settings to document every time they order a patient to be isolated because of a mental health crisis.

House Bill 2363, is designed to enable an orderly, constructive process that minimizes the use of forced seclusion to manage such patients.

“There are two things in mental health that ought to be minimized,” said Rep. Mitch Greenlick, D-Portland. “One is the use of physical restraints and the other is the issue of seclusion.”

Emergency rooms are not an ideal setting for mental patients, but they are increasingly a default setting for people having a mental breakdown because of decreased access to hospital psychiatric wards. Patients may be kept involuntarily for five days under observation before they can be civilly committed for posing a threat to themselves or others, according to Bob Joondeph, the executive director of Disability Rights Oregon.

Greenlick said that he met a young man firsthand at a recent visit to the hospital who had been stuck there for five days. The veteran lawmaker and health committee chairman recalled his days advising medical students at Oregon Health & Science University, telling them the first rule of medicine: Do no harm. “It does harm. We need to do what we can to minimize these parts of treatment or non-treatment.”

The situation reached a head in Washington after its Supreme Court ruled last year that hospitals were violating people’s civil rights and ordered them to stop boarding so many patients in the emergency department due to a lack of inpatient beds.

“I know a number of people who have stayed more than five days,” added Rep. Lew Frederick, D-Portland. “I know people who have been put in confinement for two weeks because they had nowhere to go.”

The Oregon Health Authority already requires such documentation through its administrative rules, but Disability Rights Oregon felt it was a priority to place those requirements into state law to put them on equal footing with the law requiring documentation of the use of mechanical restraints and the ban on electroshock treatment in the ER setting. “The evidence is increasing that unnecessary isolation of people with mental illness is harmful,” Joondeph told The Lund Report.

But Rep. Cedric Hayden, R-Cottage Grove, the new vice-chairman of the House Health Committee, opposed “micro-managing” the rule-making process in place by putting another statute on the books. Two-thirds of House Republicans joined him in opposing HB 2363, which passed on a 43-16 vote.

Hayden said hospital standards already exceed what’s required in the bill, and that a fixed law would not be as flexible as an administrative rule to keep up with changing standards.

Rep. Bill Kennemer, R-Oregon City, the only psychologist in the Oregon Legislature, supported Greenlick’s efforts to equate seclusion with the use of physical restraints, while acknowledging Hayden’s reservations.  “I do think this simple bill is a tough bill.”

Immediately following the vote on HB 2363, the House unanimously passed a second measure pushed by Disability Rights Oregon. House Bill 2368 guarantees that an advance medical directive regarding mental health treatment over-rules other advance directives that a patient may have signed.

Already, the ER's are seriously overburdened with mental patients, and it wouldn't take much more meddlesome lawmaking to cause the whole system to break down.  ER docs look for any possible way to put people back out on the street -- they don't want them in their ER's!

The default mental health care in most Oregon counties is the County Jail -- not the ER.  Mentally ill are pushed out of ER's, then from pillar to post until they commit some public nuisance, and then they are put in jail.

I've been the county jail doctor for 28 years here -- I can assure you that the mental health system is seriously broken, with little sign of any real understanding or interest on the part of the Legislature.