A bill passed the House that eliminates copays for the additional costs that diabetic women face when pregnant, while the budget committee is struggling to determine how much tax money is needed to screen uninsured women for breast and cervical cancer. Both bills were initiatives of the Oregon Women’s Health and Wellness Alliance.
By:
Christopher David Gray 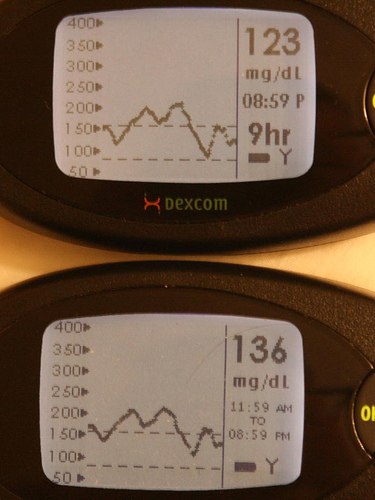 June 28, 2013 — The House passed a bill that will require insurance companies to cover the prenatal medical needs of diabetic women at no extra cost during pregnancy.

Rep. Sara Gelser, a Corvallis Democrat, sponsored the bill, saying it would not only ease the burdens that diabetic women face when they become pregnant, but also prevent devastating stays in neonatal intensive care units for newborn infants.

House Bill 2432 will require private insurers and the Oregon Educators Benefit Board to cover additional doctor’s visits and supplies including testing strips, insulin shots and insulin pumps for pregnant women without additional copayments.

“They face exorbitant and hard to pay for costs,” said Gelser, adding that diabetic pregnant women face a much more volatile time than do other diabetics and other pregnant women, with the need to check blood sugar levels several times a day as well as more frequent checkups with their physician or nurse practitioner.

In February, the House Health Committee heard from women who told lawmakers they went against their doctors’ advice and skipped testing or visits to save money.

The bill was fought by Regence BlueCross BlueShield, whose lobbyists argued that pregnant women would choose the most expensive pumps and supplies if they didn’t have to share in any additional costs.

After Regence protested, Gelser worked directly to narrow the bill and reduce the cost of the legislation with Moda Health, which already includes these pregnancy costs in its health plans for public employees and their dependents.

HB 2432 comes with a $600,000 annual sticker price to OEBB, which provides coverage to school teachers and administrators. However, supporters of the bill argued that eliminating copayments will actually save money by reducing complications at birth.

When speaking to The Lund Report, Gelser pointed out that these necessary items are not “free” — women will still have to pay for them, as they would for any pregnancy, but women who are diabetic will not be penalized by being charged more than other women.

“It becomes part of your pregnancy package,” Gelser said, noting this would be the case with other pregnancies that may have complications. The bill merely ensures that the additional costs for diabetics are included.

Just four Republicans opposed HB 2432, which now moves to the Senate for passage, and the likely signature of Gov. Kitzhaber, who has made adequate prenatal care a key part of his healthcare transformation goals.

HB 2432 was part of a package of bills pushed this session by the Oregon Women’s Health and Wellness Alliance, including the successful Senate Bill 420, which directs healthcare practitioners to offer guidance to women when a mammography shows dense breast tissue about their increased risk of breast cancer and the possible need for further testing.

The alliance also supported increased funding in a program that screens uninsured women for breast and cervical cancer and then places women who test positive on the Oregon Health Plan. That bill, Senate Bill 362, is stalled in the Committee on Ways & Means.

Sen. Alan Bates, D-Medford, the co-chairman of the Joint Ways & Means Subcommittee on Human Services, told The Lund Report that his colleagues were still trying to determine the cost of such a program.

When the major sections of the Affordable Care Act take effect Jan. 1, Bates said the program may not be necessary because the majority of uninsured women will qualify for either subsidized insurance or the Oregon Health Plan.

However, Sen. Elizabeth Steiner Hayward, D-Portland, a leader of the women’s health alliance, said previously that about 26,000 women would still lack insurance and be eligible for the screening program, even with the new federal healthcare law.

The breast and cervical cancer program previously had been funded locally by Susan G. Komen for the Cure, but after the national breast cancer organization’s public feud with Planned Parenthood last year, the local chapter has not seen some of its major donors return and has less money to help fund Oregon’s program, Bates said.

The dollars from Komen were used to match federal dollars at a 3 to 1 ratio, and Bates said it may take about $500,000 in Oregon tax money to continue this program. He's attempting to get a sufficient amount of money for the screening program without jeopardizing other programs.

“We only became aware of how short they were recently,” Bates said. “This is such an important program. We want to make sure we take care of the funding.”

Image for this story by Bernard Farrell (CC BY-NC-SA 2.0) via Flickr.