Successful lobbying from the Oregon Medical Association blocked Rep. Greenlick and Attorney General Rosenblum from passing legislation that would have held physicians criminally responsible for open-ended use of narcotics for pain amid a prescription opioid epidemic that kills 33,000 Americans a year. OMA later responded to the article.
By:
Chris Gray 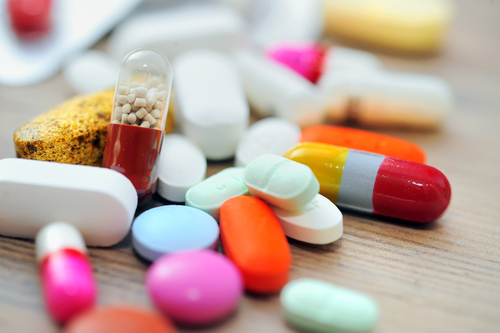 The House Health Committee passed a heavily watered down bill to curtail excessive opioid prescriptions, caving to pressure from the Oregon Medical Association.

Physicians’ excessive reliance on legal narcotics to treat pain has contributed to a nationwide epidemic. Opioids now kill 33,000 Americans each year, and the number of ER visits for opiod abuse increased 114 percent between 2004 and 2011.

Amid outcries from the OMA and pharmaceutical-backed patient advocacy groups, House Bill 2114 was amended to remove criminal penalties and directed the Oregon Medical Board to enforce the seven-day standard for new patients.

Now, even that’s been cut out.

At the public hearing in early February, Dr. Andris Antoniskis of the OMA asked Greenlick to swap his bill for a public endorsement of the seven-day guidelines he had helped craft with the Oregon Health Authority, and that’s exactly what happened.

Antoniskis and the OMA staunchly opposed codifying guidelines into statute, but said they were committed to "turning the tide on the opioid" crisis without legislation, which included crafting the guidelines. Rep. Knute Buehler, R-Bend, an orthopedic surgeon, had noted that 15 years ago the state had encouraged the liberal use of narcotics for pain.

On Monday, HB 2114 was further defanged and reduced to what is essentially a feel-good bill, asking the medical board, the nursing board and the dental board to distribute information on proper treatment guidelines.

Update: After this story was posted online, the OMA responded to questions from The Lund Report with the following statements.

Asked about the purpose of the heavily amended HB 2114, it said:

"The Oregon Medical Association must express concerns with any bill that directs the practice of medicine in statute. Medicine is a constantly evolving profession and it is important that we allow evidence-based standards of care to guide practice instead of an inflexible permanent placement in statute.

"HB 2114 has evolved into a bill that will inform prescribers that there are evidence-based, nationally recognized community standards that can guide their prescribing of opioids.

"CDC guidelines state very clearly that they are not meant to be prescriptive and that providers must always consider the circumstances and unique needs of each patient."

Asked what the OMA is doing to combat opoid abuse and over-prescription, it said:

"The Oregon Medical Association serves on the front lines of combatting opioid abuse and over-prescription, and in fact this has been a major focus of our association’s work in the last several years. The OMA continues to work with OHA, the OHLC and the OMB to increase the use of the state’s Prescription Drug Monitoring Program, and supports House Bill 2518, which would mandate that pharmacists report de-identified information to the PDMP upon dispensing prescribed naloxone.

"Our 2016 Annual Meeting, attended by more than 200 association members, was dedicated to the topic of curtailing the opioid epidemic, and had an accompanying opioids-focused issue of our print magazine that was mailed to all members. "