Rep. Mark Johnson sponsored a bill that could produce legislation in 2016 to help the state cut down on a key source of air pollution. Oregon’s poor air quality in some parts of the state put it at risk of sanctions from the federal government.
By:
Chris Gray 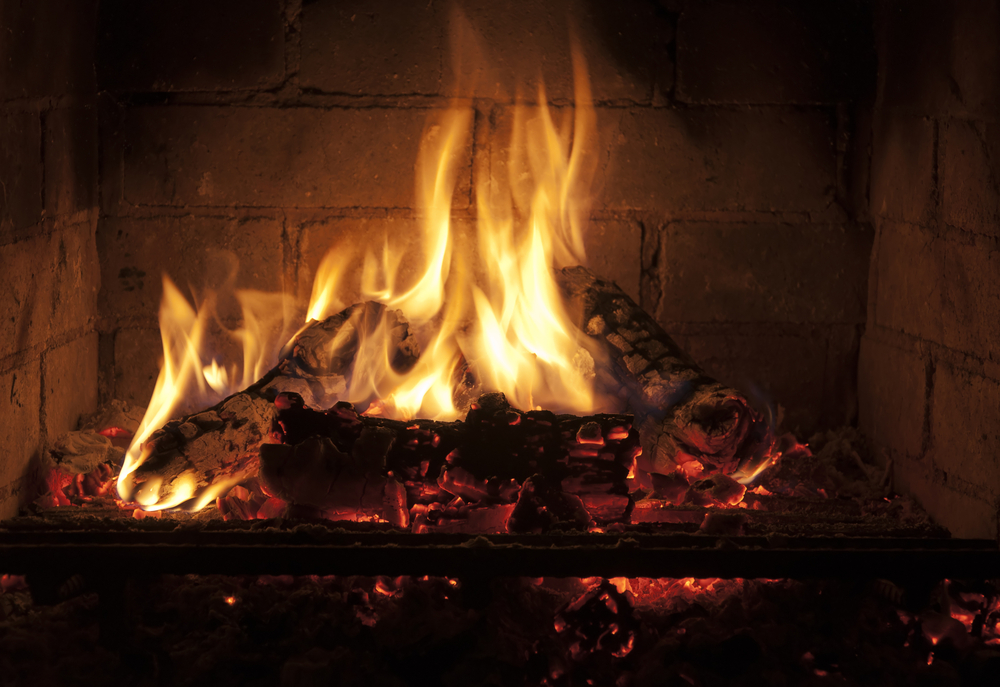 The House passed a bill Thursday asking the Department of Environmental Quality to study and develop ways to combat a public health nuisance -- wood smoke.

The Environmental Protection Agency estimates that a single fireplace operating for an hour and burning 10 pounds of wood generates almost 3,000 times more carcinogenic polycyclic aromatic hydrocarbons than a pack of cigarettes, according to the Oregon Environmental Council.

Rep. Mark Johnson, R-Hood River, said air quality levels have gotten bad enough in places like Washington County that wood smoke could hamstring the metro area from supporting new industry because of caps on the amount of pollution allowed by the federal government. “If your particulate levels are too high, that could prevent any new business from moving in because you’re in violation of the federal statute.”

In the long-term, the smoke can contribute to chronic lung diseases such as bronchitis and emphysema, and cause chemical and structural changes in lungs as well as cause cancer.

Johnson said he recognized that wood stoves are popular in Oregon as a plentiful source of fuel as well as an efficient means of heating homes, especially in colder parts of the state like Eastern Oregon.

He doesn’t want to take that option away from people, but said the state could still find ways to help residents make the switch from older wood stoves and opt for newer stoves or cleaner-burning fuels like wood pellets with incentive measures. “Let’s do what we can to help folks heat their homes in a more efficient, less-polluting manner.”

House Bill 3068 requires DEQ to bring together stakeholders and come back with several possibilities, which the Legislature will debate in 2016. The bill passed 43-15 with 14 Republicans and one Democrat, Rep. Brad Witt of Clatskanie, in opposition.

Rep. Jim Weidner, R-McMinnville, opposed the bill in committee, arguing the wood stove threat was small compared to the problem of forest fires and also said the scope of the DEQ study didn’t go far enough.

Rep. Dallas Heard, R-Roseburg, also opposed, saying he was worried about potential mandates down the road. “I don’t like the negativity that’s focused on simple wood stoves.”

When a home is sold, Oregon law requires most older, non-certified wood stoves to be removed, but Chris Hagerbaumer of the Oregon Environmental Council said that doesn’t mean they’re destroyed: “They end up on the black market, like Craig’s List.”

“One of the recommendations will be what level of funding is needed to really help low-income families commit to a cleaner wood stove or choose a better source of energy,” Hagerbaumer told The Lund Report.

While wood is readily available in most of Oregon, not all residents have access to natural gas, which like bottled gas, or propane, is much more subject to volatile prices. And, although natural gas and propane burn cleaner than wood and produce less air pollution, they present their own environmental challenges as fossil fuels.

HB 3068 calls for the state agency to look specifically at subsidies for wood pellets, which Hagerbaumer said burn much cleaner than traditional firewood.

DEQ might also look at the impact of non-essential wood stoves used for mere ambience on restaurant patios, she said.

Johnson said that air particulates had been a regular topic of concern for the House Energy & Environment Committee, which passed HB 3068. The Legislature has also been confronted with the problem of air pollution from older diesel engines.

A bill directing the Department of Environmental Quality to develop a plan to phase-out older engines died in committee, but a second bill, SB 824, was amended into a separate stakeholder task force to tackle how Oregon will reduce that problem. That bill, sponsored by Sen. Michael Dembrow, D-Portland, passed out of the Senate Environment & Natural Resources Committee on a party-line vote and was sent to the Committee on Ways & Means.