Advocates of House Bill 4013 say that allowing doctors to prescribe Schedule II drugs electronically will make life easier for practitioners and pharmacists while cutting down on prescription forgeries.
By:
Christopher David Gray 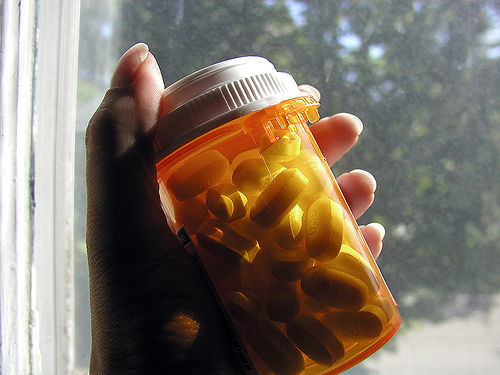 The House unanimously passed its first healthcare bill of the 2014 session Thursday, a bipartisan measure that will allow physicians and nurse practitioners to file electronic prescriptions of Schedule II drugs, simplifying their work while lessening the possibility of fraud.

“It is ironic that originally when we went to electronic prescribing, we were concerned about violations of the system. Computer systems have gotten very very secure. Written prescriptions are being widely forged.”

House Bill 4013 was brought to the Legislature by the Oregon Pharmacy Coalition and brings Oregon in line with federal law, which already encourages electronic prescriptions as a money-saver and a security move.

Jeremy Vandehey, the lobbyist for Kaiser Permanente, said it would help his health system because HB 4013 would bring Oregon in line with the law across the river in Washington, where Kaiser has clinics. He noted it would also allow the electronic tracking of drug-seeking behavior.

The bill had been introduced late last session by the pharmacists, but did not have enough time to pass. This time, Thompson co-sponsored the measure with Rep. Mitch Greenlick, D-Portland, who whisked it quickly out of the House Health Committee and onto the floor.

It now faces an easy path through the Senate, backed by both Sen. Laurie Monnes Anderson, D-Gresham and Sen. Jeff Kruse, R-Roseburg, the chair and vice-chair of the Senate Health Committee.

Image for this story by Sharyn Morrow (CC BY-NC-ND 2.0) via Flickr.