House Bill 3000 Requires Children to Have Eyes Checked for School

Sen. Richard Devlin, D-Tualatin, offers emotional testimony recounting how his mother was told he was stupid because he couldn’t read by third grade when he just needed glasses
By:
Christopher David Gray

April 1, 2013 — Sen. Richard Devlin, D-Tualatin, as the co-chairman of the Joint Ways & Means Committee, presides over much of the budget and has to be well-versed on statistics and figures.

But to show his support for House Bill 3000 — which would require all Oregon children entering public schools to have a vision screening — Devlin told the House Education Committee last week he didn’t want to focus on statistics and reports, but wanted to tell a story. 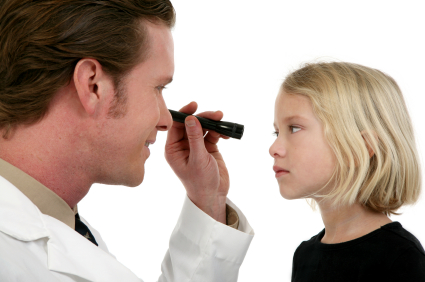 “The child’s mother was told that the person was slow, probably would never do much, it would be hard to ever get this child through the eighth grade, they probably belonged in some sort of outside environment.”

He said the child’s mother was told the child would never amount to anything, but after the family moved back to Oregon, the child’s third grade teacher saw potential.

“The teacher realized that although the child could not read in the third grade, the child was a little bit brighter than people would suspect,” Devlin said. “The child squinted all the time at everything. She asked for the child to have an eye exam.”

The child was provided with glasses and even a tutor to help the child catch up with classmates. “The child actually read at a level far more advanced than his grade level by the time he got to the fourth grade,” Devlin said, now weeping: “I’m the child.”

Nan Heim, the lobbyist for the Oregon Academy of Ophthalmology, told The Lund Report that work on this legislation started five years ago, but now should finally become law with HB 3000 and make certain that 47,000 children who enter kindergarten in public schools each year get their eyes checked.

Children entering kindergarten or first grade would have to show that their eyes had been screened by an optometrist, an ophthalmologist, a nurse or a charity eye screening service such as offered by the Lions or the Elks. The vision records would then enter the child’s school files.

About 20 percent of children have vision problems that would require a more comprehensive examination, Heim said.

“I screen at Albina Head Start, and I find a much higher frequency of amblyopia than I do at Lake Oswego,” Vaughan said.

At one K-6 elementary school in rural Lane County that was screened, 30 percent of the children had potential vision problems, said Julie Bibler the director of the Children’s Vision Foundation. The school lacks a nurse and 77 percent of the kids get reduced or free lunches.

Half of the children with potential vision problems at that school also struggled with basic literacy.

HB 3000 would apply to kindergarteners and first graders, but not impact children such as Devlin who started school after moving here from another state. A separate section of the bill calls upon the Department of Education by December to develop a plan to conduct regular screenings through the eighth grade.

“We’ve got to find a way to have regular eye screenings throughout their [school] career,” said Rep. Gene Whisnant, R-Redmond.

A vote on HB 3000 is expected on Wednesday by the House Education Committee.

“I am one of those doctors who sees 13-, 14- and 15-year-olds who has to tell parents that their children may not have struggled if we had caught their vision problem earlier,” said Dr. Jennifer Smythe, the dean of Pacific University’s School of Optometry.

We have to be very careful

We have to be very careful that we are not starting children on glasses that may not need it, this happened to me in school based on an eye chart. I was scheduled to receive glasses but they were wrong. the testing is probably better today but I was told I needed glasses and they were wrong. I am 75 and still don't need glasses

Let's be sure this includes

Let's be sure this includes eye screening (near and far visual acuity) already done at a primary care visit; otherwise it's an added health care cost not contributing to health.