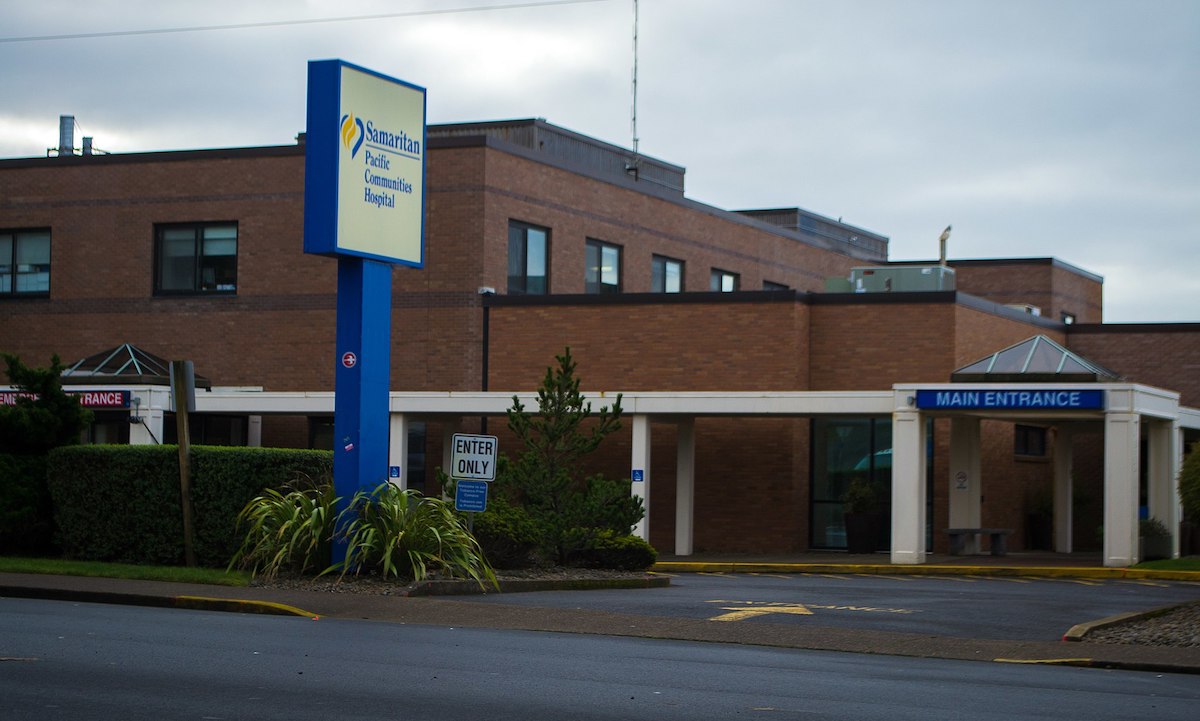 A doctor on the Oregon Coast alleges his advocacy for a transgender health clinic and status as a trans man prompted managers at the hospital where he worked to initiate a sham investigation into his conduct and disciplinary action against him.

a lawsuit filed in Multnomah County Circuit Court last week, Dr. Gavin Shumate worked as an obstetrician-gynecologist at the Women’s Health Clinic within Samaritan Pacific Communities Hospital in Newport from 2011 to 2020 — and he earned many accolades and had a stellar work-performance record during the majority of that time. This included winning the patient-nominated Shining Star Award in 2016 for “demonstrating outstanding customer service, dependability, initiative, and a positive attitude in Samaritan Health Services,” and in 2018, receiving invitations to serve as the hospital’s vice chief of staff and thereafter the chair of the obstetrics and pediatrics departments.

But now he is suing the 25-bed hospital and Samaritan Health Services, which co-owns the women’s clinic where he worked, for $19.7 million for actions the lawsuit describes as career ending.

As of press time, the defendants in the case had not been served, but Samartian officials told The Lund Report in a statement, “Although we will not comment specifically on this pending litigation, Samaritan Health Services does value the equity and inclusion of all persons, and is committed to treating everyone with respect and dignity, with the core goal of improving community health.”

Throughout his employment at the clinic within the hospital, Shumate “was a physician advocate for sexual orientation and gender identity minorities, including providing medical care to transgender patients,” the lawsuit states. But it was periodically brought to Shumate’s attention that his status as a trans man was the subject of disparaging remarks among hospital staff and clinic members, according to the complaint. In 2015, when a transphobic email authored by a coworker’s spouse was brought to the attention of hospital management, the then-CEO reassured Shumate that the hospital’s legal department would protect him from discrimination, the suit says.

But in 2017, after that CEO retired and was replaced by a doctor trained in South Carolina, Leslie Ogden, the suit alleges, Shumate began to experience difficulties with hospital leadership.

That same year, Shumate began to advocate for the opening of a trans health clinic within the hospital, but his proposals were not supported by Ogden’s subordinates, according to the lawsuit.

In 2018, Shumate was pressured, in the name of hospital staffing needs, to cancel a time off request during the summer for what his coworkers knew was a gender transition surgery, the suit says, so Shumate then filed a Family and Medical Leave Act protected-leave request in order to keep the surgery appointment.

That August, Shumate put in a request to the hospital, through the continuing education director, to pay for his registration to a three-day training program the following year where he would learn how to perform gender transition surgery so he could perform such surgeries at the Samaritan Pacific Communities Hospital.

But before the training session took place, a series of events left Shumate stripped of his hospital privileges and made him the subject of a third-party investigation into his conduct, the suit says.

First, he was stripped without explanation of scheduled OB-GYN call response responsibilities he’d performed for five years, and he was then told that due to his contentious relationship with Ogden, he could not accept the invitation to serve as vice chief of staff, the suit states.

It was around that time that Shumate also began to advocate for the formation of a physician’s union at the hospital — another proposal that was not supported by management.

Then in February 2019, two weeks before Shumate was scheduled to attend the gender transition surgery training, he attended to a pregnant patient with multiple serious pre-existing conditions during an induced labor. Both the mother and child faced life-threatening emergencies, with the baby going into cardiac arrest and being flown to Oregon Health & Science University. The child suffered oxygen deprivation and is permanently disabled, but Shumate’s suit said his care decisions were defensible.

Shumate was interviewed by Samaritan Health Services risk managers a week later, and two days later, he was summoned to Ogden’s office where he was informed all his hospital privileges were being suspended because he was a threat to “the life or well-being” of patients and that he was not allowed on hospital premises. He was then emailed a list of 11 cases going back six years where the hospital contended he deviated from the standard of care, according to the suit. To Shumate’s knowledge, his trans patients ceased to receive care at the hospital after his suspension.

Before May 2019, according to the suit, Shumate’s personnel file “reflected zero oral or written warnings, disciplinary actions, complaints, or corrective actions of any type or kind.”

Shumate requested a hearing under the hospital’s bylaws, but none took place within the required 30-day time limit. When Shumate’s legal counsel formally requested the hospital comply with the bylaws and provide Shumate details in writing of his conduct at issue, the hospital retained legal counsel but never complied, according to the lawsuit. But the hospital did report to the National Practitioner Data Bank that Shumate was suspended due to being an “immediate threat” to patients, a move the suit says can destroy a person’s medical career.

An investigator out of Colorado hired by the hospital wrote a report condemning Shumate’s care in the February delivery and in one other incident in 2018. But according to the suit, she only very briefly interviewed Shumate, was uninterested in whether his trans status played a role on hospital leadership’s decisions to investigate him, and suggested that his supposed incompetency could be due to “substance abuse,” “untreated physical ailments” or “undiagnosed psychological conditions.”

When the Oregon Medical Board investigated the incidents in question, in addition to another incident submitted to it by the hospital, it found that the matter should be closed immediately and without any negative findings against Shumate, remarking that his privilege suspension was due to a “personality conflict” with leadership, according to the lawsuit.

Shumate was also able to produce 15 witness statements, including from physicians who worked with him at the hospital, who praised his patient care.

Shumate resigned after his attorney learned the hospital planned to officially revoke his hospital privileges permanently at a scheduled hearing, and the Oregon Employment Department found that he resigned “with good cause,” the suit states.

The suit alleges that Shumate was treated differently than cisgender physicians who had negative patient outcomes, and that the hospital continued to employ many cisgender, heterosexual physicians after they were involved in sometimes “catastrophic patient outcomes.”

The suit alleges the hospital’s actions against Shumate violated hospital bylaws and Oregon state statute protecting employees from discrimination based on gender identity.

Shumate has since gone into private practice, opening a women’s health clinic in Newport that serves as “the only medical practice on the central Oregon coast offering specialty health services specifically to trans individuals,” according to its website.

Dec 28 2021
News source:
The Lund Report
Keywords:
discrimination, lawsuit, samaritan
×
This article is for premium subscribers. If you are one, please sign in below.
You can see two more premium stories for free. To subscribe, click here. We depend on premium subscriptions to survive, and they are tax deductible.
Sign InGo Premium Not now