The story of one traveler to Nepal who started his own organization to rebuild schools and train teachers in remote villages
By:
Christopher Heun 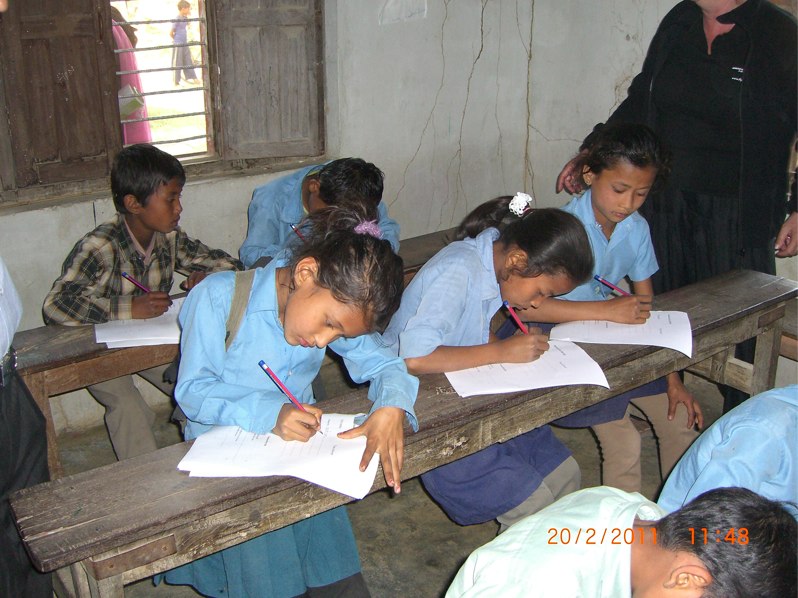 OPINION- The earthquake in Nepal two weeks ago killed more than 7,000 people and damaged more than 16,000 schools. Aid groups estimate that roughly 5,000 schools were completely destroyed.

The sad truth for children in Nepal is that the Himalayas are a beautiful place, but a terrible one to go to school—and that was before the 7.8 magnitude quake devastated the country. In the best of times, classrooms often have few books or learning materials, teachers are poorly trained, the school buildings are often in disrepair, attendance among teachers as well as students is poor, and support for education among parents—many of whom did not receive much education themselves—is low.

Now, damage related to the earthquake and its aftershocks has left thousands of schools unsafe. Classes, once they resume, will be held outside, if at all. In many remote villages throughout the Kathmandu Valley, it may be months, even years, before school is back in “normal” session.

One organization dedicated to rebuilding schools in Nepal is the Portland-based Santi School Project, which has years of valuable experience reaching deep into the mountainous corners of Nepal to train teachers, rebuild schools, and help shape lives for the better.

I founded Santi School nine years ago, after a backpacking trip in Nepal led to a chance encounter in Kathmandu with a man named Lila. He took me to the village where he grew up. There was no road to get there; we walked up a mountainside for almost two hours. It is the kind of place where families bring their animals inside their homes at night. No running water. Minimal electricity. It felt like walking back in time 100 years.

Once I returned home, I wanted to help Lila and his neighbors, but I didn't want to just send an envelope full of cash or donate to a large charity where I had no idea where the money actually went. I wanted to do something that would directly improve the lives of the people I had met.

Building a school in the village and providing quality instruction was the best thing I could do. When I told Lila that both my parents were teachers, he told me I was very lucky to come from an educated family. That's not the typical reaction when you tell someone your parents are public school teachers.

A few years later, I returned to Lila’s village to inaugurate the school we had built. Since then, we have trained over 250 teachers, rebuilt nearly 20 schools, and improved education for more than 9,000 children, many of them ethnic minorities in remote villages that have been devastated by the earthquake.

And because of our strong bonds with these remote communities, Santi School has the necessary contacts and local partners to ensure that relief funds reach those who need it most. We are committed to restoring the educational opportunities for all children in Nepal.

Currently, we are assessing the condition of schools in the areas around Kathmandu where we work, which also happen to be some of the areas hardest hit by the quake. The first school we built has been damaged, along with thousands of others.

Santi School is raising money for the rebuilding effort. Please consider making a tax-deductible donation today to The Santi School Project. 100% of funds we receive for earthquake relief will be spent in Nepal. We are run by volunteers in the U.S., with a Nepal staff based in Kathmandu.

Christopher Heun can be reached at [email protected].