The Oregon Nurses Association is going all out to support one of its own in a race for the Oregon House, but a six-way primary has the Democratic Party split on its support to succeed Rep. Jules Bailey in liberal southeast Portland.
By:
Christopher David Gray 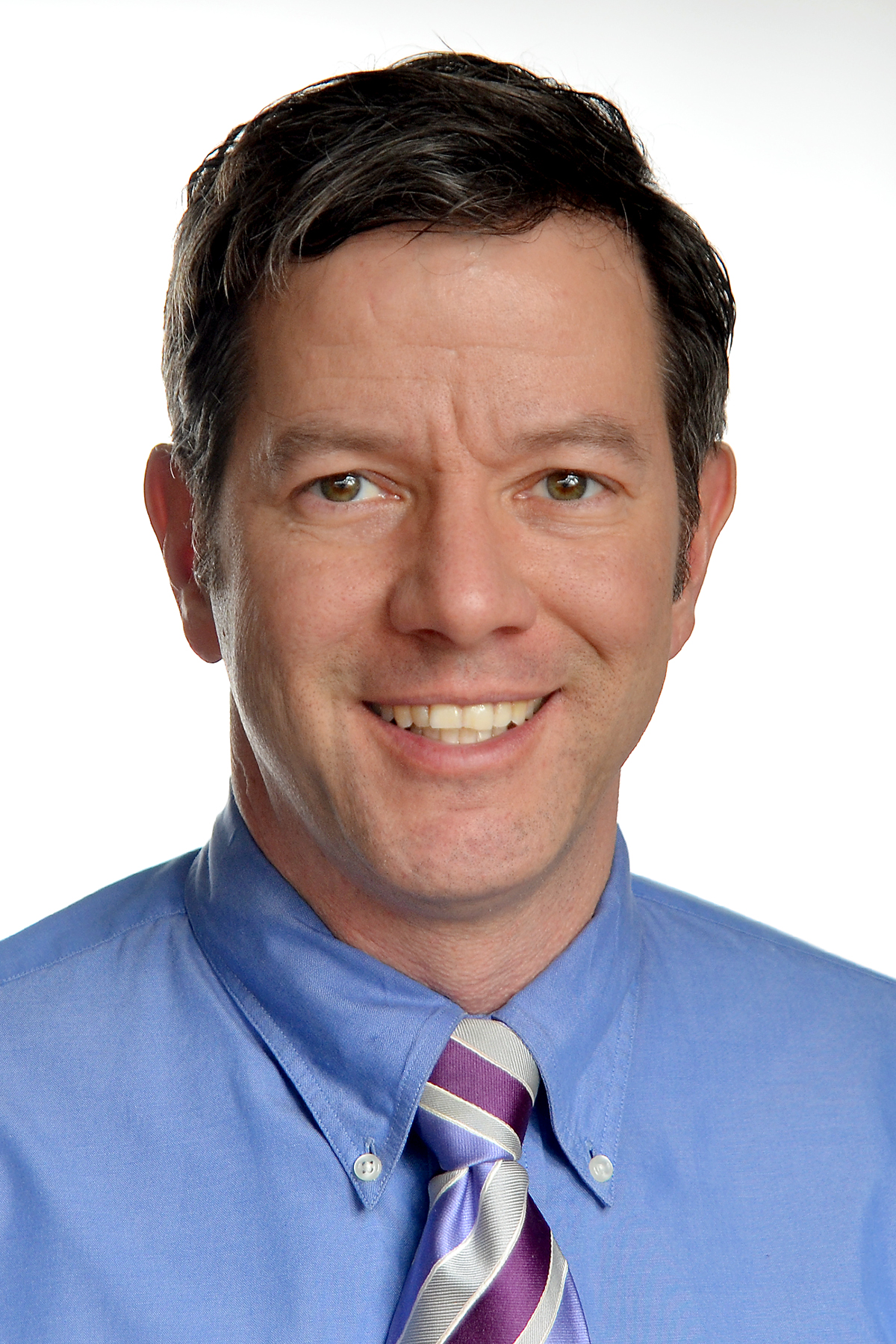 Rob Nosse has witnessed first-hand the uplift in the healthcare system over the past decade, observing Oregon’s Medicaid healthcare transformation and now the implementation of the Affordable Care Act.

His work for the Oregon Nurses Association puts him in a position of optimism, tempered by realism, since front-line workers like nurses often feel the brunt of problems in the healthcare system. Emergency room visits are down -- a good thing, he says -- but that improvement brings its own challenges when it comes to improving the standard of living for his nurses.

“That means less revenue for the hospitals. It’s an uncertain time for the industry. It’s very hard to bargain for decent wages and benefits right now,” said Nosse, who was neatly but stylishly dressed for our interview at the K & F Coffee House on Southeast Clinton Street. At 46, the longtime labor representative has a full head of hair that’s slightly graying.

After two decades in the labor movement, Nosse wants to cross over into elected politics, and his eyes are set on the seat of Rep. Jules Bailey of Portland, who’s leaving state office to run for the Multnomah County Commission.

“I want to get somewhere that I can make more of a difference,” Nosse said.

The race to replace Bailey in House District 42 could not be more wide open. Six people, including Nosse, are vying for the Democratic nomination, which will likely determine who represents inner southeast Portland. In three elections, Bailey drew only one Republican opponent, and his strongest general election challenge came in his first race, when the Pacific Green candidate took 14 percent.

Oregon election laws don’t require a majority and there are no run-offs, so in theory a candidate this year could win a six-way race with less than a 20 percent plurality of registered Democrats. Some of these candidates don’t even have websites, but this could be a race that rests less on money than the ability to build grassroots support in a district that may be the most liberal in Oregon.

If elected, Nosse’s primary focus would be on healthcare, and the race is also a chance for the Oregon Nurses Association to gain clout within the Democratic Party. The labor union has spent heavily on the campaigns of Democrats and moderate Republicans in past years.

That investment paid off when it overcame the opposition from the health insurance industry and the Oregon Medical Association to pass a pay equity law for nurse practitioners. The nurse practitioners had seen their rates gouged by insurers like Regence BlueCross BlueShield, but HB 2902 ensured they would be paid the same rate for performing the same work as physicians.

With Nosse, the ONA is taking another step forward, and hoping to send one of its own representatives to Salem. “His campaign is a priority for us,” said Sarah Baessler, an ONA lobbyist. “He’s someone who is known for his work ethic, and his reputation is someone who is reasonable and able to find solutions. … He knows how healthcare policy affects frontline workers.”

Juanita Wolf, a registered nurse at Providence Portland Hospital, said his ability to listen closely to the concerns of management have made Nosse an effective advocate for nurses. He’s helped increase staffing levels where needed and helped several nurses who may otherwise have lost their jobs due to minor errors. “He’s a good communicator. He’s willing to listen to both sides of an issue and work to the best positive outcome of both sides,” Wolf said.

The Oregon Nurses Association has put up just over $20,000 in in-kind support and their political action committee has spent $20,000 on his candidacy. Jenn Baker, who worked as a lobbyist for the ONA in the 2013 session, is Nosse’s paid campaign manager.

Nosse said he plans to keep working for the ONA. But, in the Legislature, he wants to be seen as an independent thinker who is willing to forego his union when it’s best for his constituents: “I work for a union but that doesn’t mean management’s never had a good idea.”

The labor representative moved to Oregon in 1992 and together with his husband, Jim Laden, bought a house in Portland’s Hawthorne District four years later. The couple were married in Canada and have adopted two children, Elisia and Helazo, who are now a freshman and sophomore in high school.

Before joining the ONA, Nosse worked with the Oregon Student Association to kill an anti-gay ballot measure in 1992, and has also represented the Service Employees International Union.

Last fall, he joined the Public Employees Benefit Board and helped shape the new PEBB contract, which will give public employees more coordinated care options to choose from along with the traditional health plans offered by Providence and Kaiser.

“I’m hopeful [the CCO system] will yield the saving results that people think it will,” Nosse said. “That could be a real game changer if that helps.”

Per usual, the race for House District 42 has attracted an exorbitant amount of money for a job that pays just $21,600 annually.

Nosse, with heavy union support, leads the fundraising race with $167,000 counting both cash and in-kind support. In addition to the support from ONA, AFSCME has given Nosse $10,000 while the Oregon Health Care Association, which represents senior service organizations and long-term care facilities, has given him $5,000. He’s also received significant support from the United Food and Commercial Workers and the American Federation of Teachers.

“We think it’s really important to have legislators in office who understand the unique complexity of healthcare,” said Dale Penn of the OHCA, explaining his organization’s support.

As far as Nosse’s opponents are concerned, Keizer is running close behind in political contributions. He’s received $142,000 in total contributions, but much of those resources represent $32,000 of in-kind contributions that Keizer gave his own campaign as well as $7,000 cash from his father, Dr. Philip Keizer, a retired Coos Bay surgeon. Most of the rest of his money comes from individual donations, including single-payer advocate Dr. Samuel Metz, who gave him $1,000.

Three other candidates entered the race at the last minute but have not gained much financial traction. Political activist Daniel Shaw has raised $1,100 while adoption attorney Kathleen O’Brien has not reported any campaign contributions.

Last is John Sweeney, who previously ran for the U.S. House against both Rep. Earl Blumenauer and Rep. Greg Walden. A 2008 voter guide noted his support for the National Rifle Association, and a warning against tuberculosis being brought to Oregon by illegal immigrants. He’s running on about $2,800 in contributions, overwhelmingly from his own resources.

Nosse has the most detailed healthcare focus, though true to their liberal district, both Keizer and Gavitte, like Nosse, are strong supporters of a single-payer health system.

Early in the interview, Nosse said making the transition to a single-payer system would be a key goal of his legislative tenure.

With the Affordable Care Act, there’s still uncertainty about whether people can afford coverage, but Nosse said a single-payer system would be less costly because of tax revenue. “Insurance is an expensive benefit even when you have it.”

For several sessions, Sen. Dembrow has introduced legislation calling for an Oregon-based single-payer financing system, but none of those bills have reached the floor of either chamber for a vote. Last year, House Bill 2922, attracted 24 Democratic sponsors, including a majority of the House Democrats.

Simply getting a detailed analysis of a more equitable, more universal healthcare system than President Obama’s insurance reforms has proved difficult -- a study law that Dembrow sponsored has sputtered in attempts to raise private capital.

“That just tells you we have to take the insurance industry and the hospitals into consideration,” Nosse said. “It isn’t an easy lift.”