Deschutes County’s Hispanic community is much newer than the one in the Willamette Valley, creating a greater learning curve for healthcare providers to serve this population. After the Medicaid expansion provided care to most low-income people, immigration status remains a barrier to seeking care.
By:
Christopher David Gray 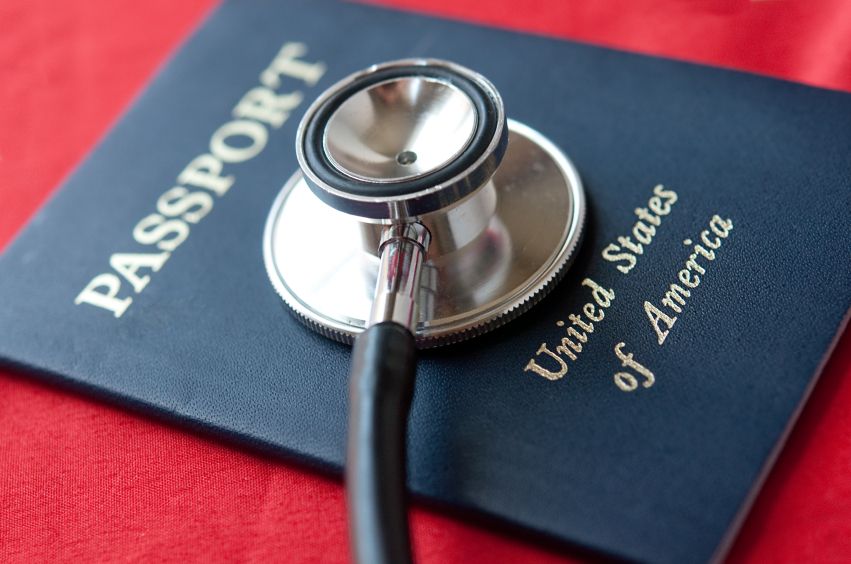 Few places have seen as sharp of recent growth in the Latino population as central Oregon. In 1990, there were just 1,500 people of Hispanic origin in Deschutes County -- but by the 2010 census, the county recorded 11,700 people.

This gives central Oregon some challenges that are much more acute than the Willamette Valley, where a decades-old tradition of immigrant labor has allowed social service organizations like the Interface Network in Salem and the Virginia Garcia Memorial Health Center in Washington and Yamhill counties to develop.

The Latino Health Coalition, a Portland-based organization that advocates for Hispanics across Oregon, convened a forum in Bend last week along with the Oregon State Public Interest Research Group, as a means of strengthening its reach to this burgeoning community, gathering the local groups that have formed to serve the population.

Latino healthcare advocates said many medical providers have been unable to accommodate this demographic shift, and some have resisted, digging in with the attitude that this is America, and they should speak the language the rest of us borrowed from England.

“They don’t really want to realize that the community is changing,” said Roxana Ocaranza-Ermisch of Bridges to Communication, which provides translating services, mainly in Spanish but also in sign language and indigenous languages.

“If you want to serve the community, you have to speak the language,” said Bradley Porterfield, the executive director of the Latino Community Association in Bend. “They don’t invest in having people in their clinics who speak the language of a large proportion of their county.”

Alberto Moreno, director of the Latino Health Coalition, said immigrants are indeed motivated to learn English, but it’s often a multi-generational process, made more difficult for those who make a living through back-breaking, low-paying farm work. He added that providers may be tempted to enlist the help of a patient’s child who speaks English, but this was not a good level of care for privacy issues.

Complicating the matter further, Moreno said that as much as 40 percent of recent immigrants from Latin America don’t even speak Spanish, but an indigenous, native American language.

But even those natives born north of the border often suffer poor health outcomes -- Scott Ekblad of the Office of Rural Health said the lowest health outcomes in the state are reported from the Warm Springs Indian Reservation, in Jefferson County. “Unfortunately, the healthcare system is based on a profit motive,” he said. “We need to unattach ourselves from the need to get paid in order to give good care.”

Central Oregon has made progress, though -- Sonia Littledeer-Evans told The Lund Report that her organization, Let’s Talk Diversity, convinced the PacificSource coordinated care organization in central Oregon to conduct a thorough needs assessment of all its primary care homes.

This will help them know exactly what each provider needs to do to improve, such as better language services or transportation access. The CCO itself may provide a road to improvement -- by changing the way care is delivered and paid for, therefore the quality of care may be less dependent on access to rich private insurance health plans.

The expansion of Medicaid has been a blessing to much of the low-income Latino community, but care is frequently limited to children who are born here.

Even as Oregon signed off on the expansion of Medicaid in the Affordable Care Act, many of its Latino residents still can’t find care because many of them are immigrants or foreign nationals, unable to take advantage of services available for native-born Americans. The federal government bars many immigrants and legal residents from receiving Medicaid even if they are documented.

And for those who’ve received health insurance through Cover Oregon, it may come as a surprise that in the United States, the insurance premiums don’t cover the cost of care, but the newly insured must navigate a complicated system of deductibles, copayments and coinsurance. If Oregon adopts a Basic Health Plan program, which the Latino Health Coalition supports, immigrants and low-income people who make too much for Medicaid will be able to access that program without having to leap the additional hurdles of private insurance.

Moreno said the Latino Health Coalition had succeeded in getting the state government to adopt a program that provides prenatal access -- a longtime passion of Gov. Kitzhaber -- for all pregnant women living in Oregon, regardless of immigration status. This will help ensure that all Oregon-born babies have a good start at life, but many of their older brothers and sisters may still struggle to get healthcare. “Our next goal is healthcare for all children in the state,” Moreno said.