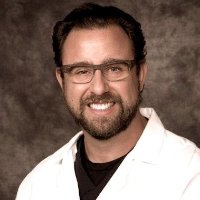 The Affordable Care Act (ACA) is intended to expand insurance coverage to millions of Americans, including those with preexisting conditions. Regardless of a person’s views of the success or failure of this program, one irrefutable consequence is that it has accelerated market consolidation in many communities. This provider consolidation has far reaching negative impacts on patient choices, costs and quality of care.

Since 2012 the number of hospital-owned physician practices has nearly doubled. Now, hospitals and healthcare networks employ over 38% of all physicians in many markets across the country. In my community, the number of hospital-employed MD’s has quadrupled since 2007. Approximately 22% of physician markets are experiencing this level of concentration, raising antitrust concerns based on federal guidelines. Unfortunately, these mergers are too small (one or two physician groups at a time) to attract the attention of federal regulators, so this trend is expected to continue.

Health systems tout practice acquisitions and mergers as good for the communities they serve, but other data show that these mergers occur because healthcare networks want to direct care, control referrals, and expand revenue streams. One study, co-authored by Ody and Dranove, found that physician prices increases nearly 14% when health systems acquire physician groups. About a quarter of the increase could be attributed to the physicians' billing at generally higher facility fee rates at hospitals. They found no evidence that vertical integration leads to a reduction in spending. Rather, when health systems control both “charge master” price lists and medical payment policies, they can broker any number of self-dealing transactions to serve their needs.

Thus, a key driver of consolidation has been “reimbursement arbitrage--” schemes to extract higher payment for services that could be delivered in lower cost or less resource-intensive settings. We’ve seen many, many times that when independent physician practices are acquired by hospitals, three things happen: Prices go up after the acquisition, total spending goes up, and referral patterns change. Hospitals pay the physicians and their staff the same salaries, but charge more for these services in their Hospital Outpatient Departments (HOPD’s), and pick up this additional revenue without adding value.

Although the federal government has not taken action against the growth of healthcare monopolies, it has begun to punish hospitals that masquerade as charities. The IRS reported 2,482 compliance reviews of charitable hospitals completed between 2014 and 2016. Of those, 163 were slated for further examination. Industry watch-dog groups are concerned that hospitals, receiving millions in taxpayer-funded subsidies, take advantage of legal loopholes to skirt the rules that permit their special tax status, reaping the benefits of lower taxes without providing benefits promised to their communities.

So, with an increased focus on operational revenue over charity, many charitable health systems parlay the financial benefits of their tax-exempt status into amassing large reserves, higher executive compensation, and lucrative real estate deals instead of providing the charitable care or real community benefit as required by law. These questionable business practices drain needed tax revenue from communities, in effect cheating tax payers and starving municipalities of money for other services.

The bottom line is that when small providers are pushed out of the market by anti-competitive forces, patients are left with fewer choices, higher prices — and in some cases, lower quality care. The ACA has driven hospitals to find new revenue streams, and they have found a prime source in physician services. The acquisition of independent practices increases costs and reduces patient choices leaving hospitals as the only winner. As a result, the concept of personalized care is being removed from the healthcare equation, leaving both patients and physicians holding the short end of the stick.

The Wild West of independent, self-employed yeomen closed about 20 years ago.  Corporate America has finally triumphed in the Management Revolution.

When I started in practice, the doctors hired the administrators to help them.

Now, the administrators hire the doctors to enrich them.

There hasn't been a new "independent" physician in my town in well over a decade -- and so far as I can tell, no interest whatsoever on the part of young physicians in anything but corporate practice, as an employee of some large organization.

Independents make 1/2 or less of what the hospital pays (unless you strongly cherry-pick your patients both for high reimbursement profile and low complexity).  A traditional "family practice" is non-viable in the present politico-socio-economic milieu.

I know.  I am 74, and I am still successful -- mostly through inertia (I have always been independent), and through the support of a large group of loyal patients (but they could not easily be assembled if I were starting out from scratch).  No one would ever buy this practice -- it doesn't "produce" enough.

We love what we do, and love our freedom to practice the best medicine we know, and the freedom to refer to the most appropriate specialists (that the insurance companies will allow, at least).  But we recognize the tenuousness of this antediluvian arragement that will be gone and not replaced in a few years.