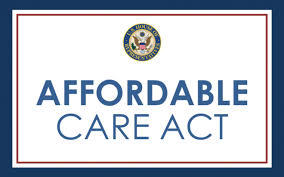 The Affordable Care Act (ACA) has expanded coverage to millions of people without causing a permanent spike in health spending growth, according to a report prepared by researchers at the Urban Institute with funding from the Robert Wood Johnson Foundation. National health expenditures have been growing in recent years at about the rate of increase in gross domestic product (GDP) plus 1 percent, following decades of growth at GDP plus 2.5 percent. The authors discuss a number of reasons for the slowdown, including contributions made by the ACA.

Finally, the authors conclude with evidence on Medicaid spending growth, arguing that enrollment increases have played a major role, with growth in spending per enrollee below that of other payers. This largely reflects the cost containment efforts of states.

“In the context of proposed cuts to the Medicaid program, which would cause millions to lose coverage, it is important to remember that Medicaid is a relatively low-cost payer,” said Katherine Hempstead, senior adviser at the Robert Wood Johnson Foundation. “While enrollment has increased, overall Medicaid spending has grown less than projected, and per-enrollee spending growth in Medicaid has been less than other segments."