Legislation appears poised to move forward to create a new program giving coverage to low-income Pacific Islanders from the COFA nations, while advocates organize to find a method to get healthcare for the state’s 17,600 undocumented immigrant children.
By:
Chris Gray 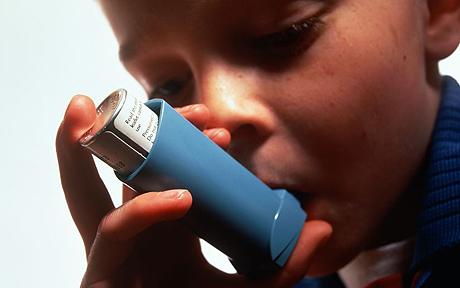 Karla Castaneda was just 4 years old when her parents brought her to Oregon, without the consent of federal immigration authorities.

Now a student at Mount Hood Community College in Gresham, Castaneda said she spent her childhood struggling with the tremors of asthma, and shut out of most of Oregon’s healthcare system, particularly the lower-cost primary care that is the backbone of the state’s Medicaid reforms under the coordinated care model.

“My asthma attacks helped me get into a doctor, but I had to be really sick,” she said, relying on emergency rooms and free clinics.

The Affordable Care Act has proved wonders for eliminating much of the state’s uninsured, both through subsidized insurance for the middle class and expanded Medicaid for poor citizens, but Castaneda’s experience raises the question of what kind of society forces kindergarteners to face the burden of the broken U.S. immigration system, and be the ones who still have very limited access to needed healthcare.

“It’s not an Oregon value to decide which kids get help and which don’t,” she told reporters Tuesday at the press conference release of “Mend the Gap,” a new report from the Oregon Health Equity Alliance, a grassroots coalition of unions, anti-poverty advocates and advocates for the state’s ethnic minority groups.

The Health Equity Alliance called for state policymakers to take concrete steps to ensure universal health coverage for everyone who lives in Oregon, and the prickliest politically might be those families who came to Oregon, often years ago, to meet the needs of the labor market and the promise of a better life in America, but did not wait for the backlogged immigration authorities to give them permission.

Anti-immigrant sentiment runs high in Oregon, a state with an ugly history of animosity toward non-whites. Even a simple statute change to remove a prohibition on the Oregon Health Authority for seeking funding to provide healthcare for undocumented immigrants could not pass muster in the Oregon Legislature this year.

Despite a Republican champion in the House, Rep. Vic Gilliam of Silverton, the Democratic leadership killed the measure in the Senate.

As a compromise, and providing a greater immediate boost for Oregon’s undocumented children, budget negotiators tucked $10 million worth of grants into a budget omnibus bill to assist clinics that serve “uninsured children” -- a group that primarily consists of immigrant children.

Alberto Moreno, the director of the Latino Health Coalition, said there are an estimated 17,600 undocumented immigrant children in Oregon, roughly the same number of individuals eligible for the state’s Dream Act, which allows them to pay in-state tuition to attend college at a public university.

He said his organization would be engaging health industry partners, including the Oregon Association of Hospitals and Health Systems, to work toward legislation in 2017 that would mend the gap for these children. “Health providers are missing out on 20,000 members,” he said.

Other recommendations from the group have a more immediate chance of being enacted, including a new premium assistance plan for the state’s residents from the Marshall Islands, Palau and Micronesia -- three nations bound to the United States through the Compact for Free Association treaty.

Because of their unique status, the COFA islanders have been barred from receiving Medicaid, leaving their poorest members without health coverage. But Pat Allen, the director of the Department of Consumer & Business Services, enthusiastically told lawmakers this week that the state could provide a premium assistance program for the islanders at a 9 to 1 matching rate from the federal government, at a cost to the state of $1 million to $1.8 million.

The program would provide no-cost private insurance to those islanders who would otherwise be eligible for the Oregon Health Plan but for the federal restrictions -- those below 138 percent of poverty. Those above that rate will continue to be eligible for federal subsidies on the exchange.

Rep. Andy Olson, R-Albany, is sponsoring legislation that orders Allen’s agency to create the premium assistance program for the federal exchange in time for next year’s open enrollment period, meaning the long-suffering islanders could get covered starting Jan. 1, 2017.

Allen said the $1.8 million figure was likely much higher than the actual cost to the state, since his agency assumed everyone eligible would sign up.

While that proposal has strong bipartisan support, the state will also likely move forward with a second Mend the Gap recommendation -- the Basic Health Plan for working-class adults now eligible for subsidized insurance on the exchange and other legal immigrants who are barred from Medicaid. The plan would provide them with a low-premium insurance plan with no deductibles or copayments on the federal exchange, with the likely choice of joining a coordinated care organization.

Rep. Mitch Greenlick, D-Portland, has said his committee will introduce a bill in committee that will ask DCBS and the Oregon Health Authority to continue its work with Wakely Consulting to better develop the plan for as early as 2018 using a stakeholder group’s recommendation.

That concept has met some resistance from Republicans, but the revised recommendation should be more palatable to the GOP. Far from preparing a stalking horse for a single-payer system, the workgroup abandoned a purely government-run plan in favor of a set of insurance reforms that will give these adults the choice of a private insurance plan as well as the public options delivered by the Oregon Health Plan through CCOs.