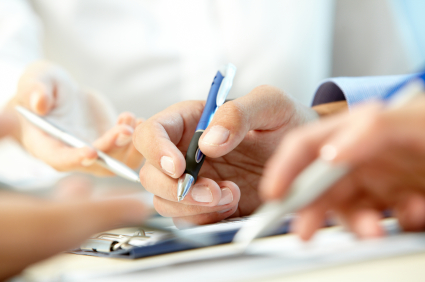 “They bring a lot to the table. They're a very sophisticated organziation and their integrated model gives us a lot to learn from,” Meyer said, adding that dental benefits for Oregon Health Plan patients stand to improve when the Medicaid expansion kicks in in January.

“That horrible dental benefit that was for the standard benefit is going away. That was an extraction benefit. That population will get preventive and some restorative. Dentures are still not covered and that's a problem,” Meyer said.

“As someone who frequently uses medical transportation of various types, one concern is the time of appointment and time of arrival. They're very rarely late but they are often early,” said Ryan Skelton, a clinical psychologist who is new to serving on the council. Gary Cobb, outreach coordinator at Central City Concern, added clients with limited mobility have had trouble getting accessible transportation to housing appointments, and he would like to see that benefit included since housing is a key social determinant of health.

“We are now working with the state on how to define flexible benefits. If you want to go to an Alcoholics Anonymous meeting, there's not a transportation benefit – but we'll take you to detox,” which doesn't make sense, Meyer said, asking for more feedback from the community on what clients may need medical transportation to do.

“I'm very excited about this because a lot of us have been in this business and dreamed of the day more people had coverage,” Kirchoff said, going on to tell told the council that current data suggests the Medicaid expansion will not result in a provider shortage, at least not in Oregon. In fact, there are enough providers who work with Medicaid patients to serve the 40,000 people who will become eligible for the Oregon Health Plan in January.

“It's very important for each of the states really to determine the capacity issue,” said council chair Steve Weiss, mentioning that national reports suggest the number of Medicare providers has actually increased in recent years, while the number of Medicaid providers has gone down. “I think the good news is from all the information we have the capacity to serve all the people we have.”

Kirchoff also noted that based on historic enrollment data, only about 90 percent of those who will become eligible for Medicaid coverage will actually enroll, but gatekeepers are trying to get as many people on Oregon Health Plan as possible and are planning an aggressive outreach campaign, including reaching out to low-income people through community health clinics and other social services. For instance, anyone receiving supplemental nutritional assistance is presumed eligible for Oregon Health Plan and will receive information about how to apply.

That effort is happening in tandem with Cover Oregon's statewide ad campaign and effort to get word out to as many Oregonians as possible about enrolling for health coverage. In response to a question from Weiss about precisely how Cover Oregon intersects with Health Share, Meyer compared Cover Oregon to a shopping mall for health insurance policies and Health Share of Oregon as one store within that mall. (Cover Oregon's website includes an income calculator to help users determine whether they will be eligible for the Oregon Health Plan or not.)

During the public comment period at the end of the meeting, Health Share member Debra Hubbard – who has commented on accessibility issues at previous meetings – commended the council on locating this month's meeting in a space that was easy for her to access and use in a wheelchair, though she noted it took two hours for her to get to the Gresham's East County Health Center on public transit. She said she is still concerned about several issues: privacy issues, specifically regarding HIPAA violations at OHSU, Oregon Health Plan's denials of durable medical equipment, lack of coverage for weight management and pain management.

Derek Conklin, DMD, a dentist who practices in Sandy and Portland, said he's concerned about how the expansion of dental benefits will affect his patients.

“There's a significant lack of dentists who provide for Medicaid patients. Those dentists who do provide these services are oing to swallow many of those who move in,” Conklin said, leaving him concerned about where his patients will go. “If my patients were to get reassigned, that would be significant travel.”