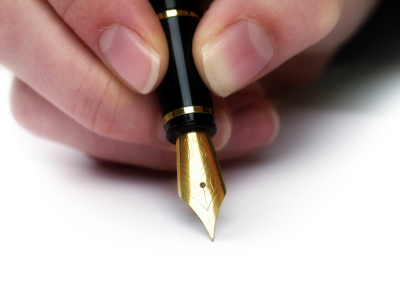 Oregon's largest coordinated care organization expected to get 20,000 to 23,000 new members in the first year after the state's Medicaid expansion kicked in.

Just days into the new year, chief operating officer Susan Kirchoff announced that it had already exceeded that projection.

“We actually have 25,615 new Health Share members in the first month, not the first year,” Kirchoff said at a meeting of the organization's community advisory council in downtown Portland last week. “The reason we've been so successful in Oregon is not because of Cover Oregon, it's because of the fast track process.”

The fast-track enrollment process Kirchoff referred to involved mailing applications to supplemental nutritional assistance recipients and working with social services agencies that work with low-income people stakeholders expected would be newly eligible for Oregon Health Plan coverage. Those letters were mailed to SNAP recipients in early October and included a simple two-page paper application, which were processed steadily amid the state exchange's portal site's well-publicized struggle to begin processing applications. The Oregon Health Authority is now mailing out insurance cards and member handbooks to new members, she said – and existing OHP members will also be issued a different card.

Now, Kirchoff said, making sure new members get the plans and providers they want – whether that means keeping their existing providers or jumping to others within the CCO – is the organization's priority.

“The good news is we have coverage, the hard part is how do we get people in the right place and make sure they have care,” Kirchoff said, closing her remarks by asking the council – which includes some Health Share members as well as several people who serve as staff for social service agencies that serve low-income populations – to make her aware of any problems or other issues members have accessing care.

“I have a favor to ask of you guys cuz you're out and about. I really do want to know what you're hearing out in the community about experiences accessing care,” Kirchoff said.

Chief executive officer Janet Meyer presented the council with a list of dental metrics Health Share intends to monitor. The CCO intends to find out whether patients are satisfied with their access to dental care, as well as the number of children who have received topical fluoride treatments within the last year, the rate of comprehensive dental exams Health Share patients receive and an analysis of dental access among certain underserved subpopulations – particularly people with severe and persistent mental illness.

“We have to measure what we can measure reliably,” Meyer said. “In 2015, they will be expected to meet improvement targets.”

Following Meyer's presentation, the council held a roundtable discussion about the group's priorities and time line, with individual members sharing what they would like to see the organization focus on.

“It's always kind of boggled my mind that we have a disease of addiction that works 24-7, but the response to that, access to detox, is 9 to 5,” said council member Gary Cobb. In addition to limited access for existing detox services, he said many residential addiction treatment centers don't have a nurse on staff and aren't able to accommodate people with co-occurring physical or mental health conditions.

Council chair Steve Weiss said he would like to see the CCO survey Health Share members who were already enrolled in the Oregon Health Plan about whether they think the care they are receiving is better or worse than before.

Cobb pointed out that it may be difficult to make apples to apples comparisons because throughout OHP's 17-year history, there have been different plans available, and the amount of coverage has fluctuated.

“A lot of them I think fall into the member engagement category,” said chief health strategy officer Rosa Klein near the end of the session. “When people expressed, quality improvement data and outcomes. I think that's just something where we can say yes.” Klein said the CCO will also continue to look into legal advocacy issues, including issues around guardianship and lifting restrictions on how often durable medical equipment such as power wheelchairs can be purchased.

At the beginning of the meeting, Weiss announced that Health Share would hold a public open house in North Portland on Jan. 23, to give members a chance to provide feedback. Food and childcare will be provided.