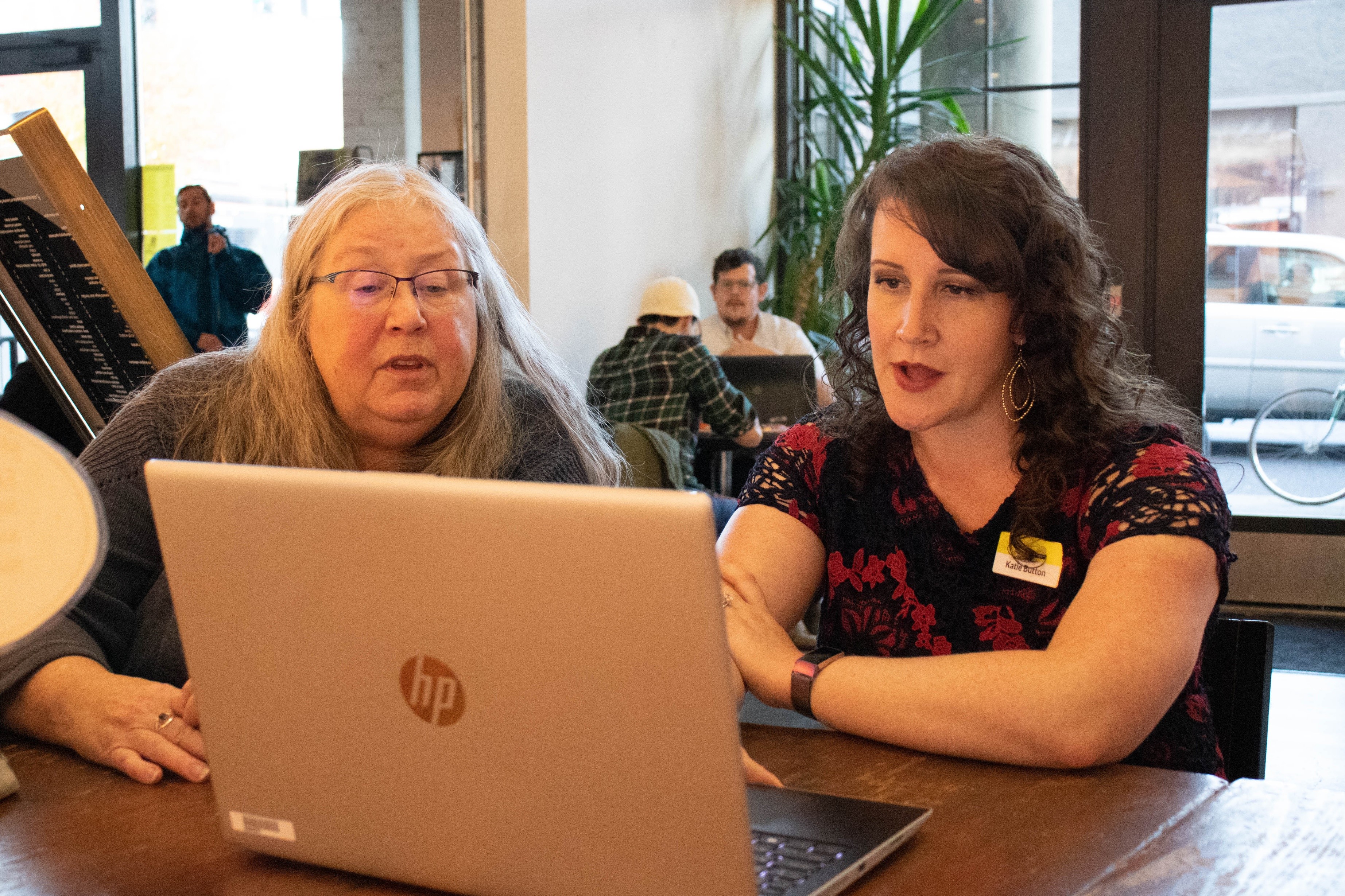 During open enrollment, people help Oregonians sign up on the marketplace./Department of Consumer and Business Affairs

For the second straight year, Oregonians shopping for individual plans on the state’s health insurance marketplace will see rate increases below 2%.

The Oregon Division of Financial Regulation on Tuesday released finalized individual and small-group rates proposed by insurers for their 2021 health plans under the state’s commercial marketplace, which was set up by the Affordable Care Act.

The rates by insurers in the state’s individual market range from an 11.1% increase by the small insurer BridgeSpan Health Company, to a 3.5% reduction by Kaiser Foundation Health Plan of the Northwest.

The weighted average rate increase across the individual market is 1.8%, slightly lower than the 2.2% average increase the insurers had proposed to the state in May. That’s because Providence decided to drop its preliminary 2.4% rate increase down to 1.4%.

All other insurers saw their rate requests approved without adjustment.

“We continue to be encouraged by the results of the Oregon Reinsurance Program,” Andrew Stolfi, insurance commissioner and director of the Department of Consumer and Business Services, said in a statement. “It has led to lower rate increases each year, more carriers expanding their coverage statewide and more health insurance options for Oregonians.” While future years could strain the marketplace, the 2021 rates amount to a victory for backers of the ACA marketplace plans. Pressured by an influx of sicker patients who would have been denied coverage before the ACA, insurer rates had increased by an average of 23 percent in 2016, 27 percent in 2017, 13 percent in 2018 and 9 percent last year. Those large increases led critics to question the marketplace’s viability.

But last year provided the first evidence of stabilizing costs. Insurers proposed increases of just 3.3% on average, and the state approved a lower increase of 1.5%.

Residents in all 36 Oregon counties will be able to shop for exchange plans, with at least two insurers offering coverage in every county.

Under the approved rates, a 40-year-old Portlander seeking a “silver” plan on the individual market would pay an annual premium between $5,100 and $5,592.

Marketplace plans represent a small fraction of Oregon’s total insurance market, with about 150,000 enrollees. By contrast, about 1.7 million Oregonians receive coverage through their employers, 600,000 receive Medicare and more than 1 million receive Medicaid through the Oregon Health Plan.

In the small group market, nine insurers were approved for rate adjustments ranging from a 1.1% reduction by UnitedHealthcare to a 7% increase by Health Net, for a weighted average increase of 3.7%. Those rates would cost a 40-year-old Portlander between $4,020 to $4,860 in annual premiums under a silver plan.