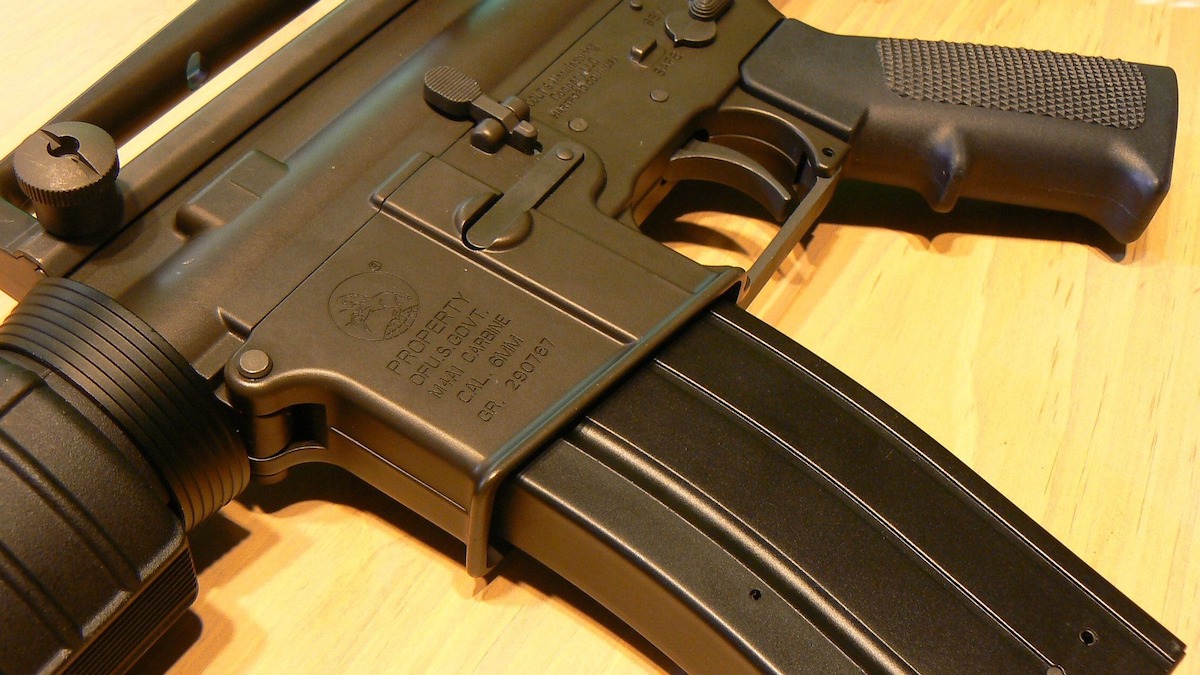 This article was originally published by Stateline, an initiative of The Pew Charitable Trusts.

A grim and familiar pattern has followed the parade of mass shootings across America. In their aftermath, the nation’s attention focuses on the direct victims of the attacks, the dead and injured, their families and friends, and the witnesses.

But a growing body of research reveals that the negative effects of mass shootings spread much farther than previously understood, harming the health of local residents who were not touched directly by the violence. Mental health experts say the recognition should prompt authorities to direct more attention and resources toward preventing such events — and helping a broader group of people after they occur.

“It changes the entire picture on how much public resources we should use to attack gun violence,” said Erdal Tekin, co-author of a September brief on the expanding research in the journal Health Affairs. “It would be informative for the public and policymakers to know that the impact of gun violence extends to people who think they are safe.”

Research shows that mass shootings lead to higher rates of depression and anxiety and higher risks for suicide among young people. They also lead to an overall decline in a community’s sense of well-being. One study found a higher incidence of infants born prematurely or with low birth weight in counties where a mass shooting had occurred.

Some studies suggest that mass shootings damage economic prospects in a community, diminishing productivity and earnings.

There isn’t a consensus about what constitutes a mass shooting. The Health Affairs brief describes mass shootings as: those with multiple victims, that are unexpected and random, typically occurring in a public place and unrelated to another crime such as gang activity or armed robbery. The FBI’s definition is one in which at least four people are killed with a gun.

Often, researchers say, the mass shootings occur in areas not prone to routine gun violence, shattering the sense of safety and well-being that residents previously took for granted for themselves and their families.

“We’ve known for years, decades in fact, thanks to the work of neuroscientists and others, about the traumatic effects on actual witnesses to mass shootings,” said Aparna Soni, a health economist at American University who co-authored the piece in Health Affairs. “Anxiety, depression, PTSD. What we didn’t have a good handle on are the effects on the community, on those who live nearby who have been emotionally affected by something happening in their own community.”

“When we’re thinking about policies to lower gun violence, whether in communities or schools or whatever, there is always this cost-benefit analysis that goes on for policymakers,” he said.

The community-wide impact of gun violence is rarely considered in that analysis, Webster said, whether in Baltimore, Chicago and other cities where shootings are common or in areas with mass events that draw national media attention.

“People really grossly underestimate the social cost of gun violence in all forms in the United States,” he said.

Even though the political parties differ on what to do about guns, the new research should prompt greater spending on mental health services, said Heather Harris, a research fellow in criminal justice at the nonprofit research organization Public Policy Institute of California.

“Building up community mental health isn’t just a way to prevent mass shootings, but a way to help people who are affected when it happens,” she said. “All that should be much more robust, but it takes resources and people capable of doing that work.”

The Affordable Care Act increased access to mental health services for millions who previously didn’t have health insurance. And after years of relatively flat federal funding for community mental health, the federal government recently made mammoth new investments in that area. Since 2020, federal spending on community mental health has climbed by about 75%, to nearly $3 billion in 2022, according to the federal Substance Abuse and Mental Health Services Administration.

Most of that additional spending came via one-time infusions included in various COVID-19 relief packages, which mental health advocates have celebrated, even as they worry about what happens when those investments run out.

“We have these huge, huge investments in cash in these COVID packages, but as they run out, it’s a question of what happens then,” said Hannah Wesolowski, chief advocacy officer for the National Alliance on Mental Illness. “Are states going to step up to fill that gap, or are they going to look to the federal government to keep funding those services?”

The boosts came after years of essentially flat state spending on mental health, said Melanie Brown-Woofter, president of the Florida Behavioral Health Association. “Our legislature has made great strides in recognizing the need for mental health and substance use treatment,” she said. “They’ve shown more willingness not only to discuss it but fund it.”

Many jurisdictions have crisis psychological services that intervene after mass shootings, particularly when schools are involved. But experts on gun violence say those services generally don’t last long and aren’t extended to the wider community.

Cost also remains a barrier for many residents who need mental health services. Even those with health insurance still often face substantial out-of-pocket expenses. But an equally nettlesome problem is a severe lack of mental health providers, particularly in rural America.

“Even if you have enough funding and the best evidence-based practices, if we don’t have the workforce to provide that care, we aren’t going to be able to help people and it takes time to build up that resource,” said Wesolowski.

According to a 2020 analysis by the Commonwealth Fund, which seeks to improve the U.S. health care system, America has 105 mental health professionals per 100,000 people, half as many as Australia, Canada and Switzerland. The study also found that about a quarter of U.S. adults reported having a mental health diagnosis such as anxiety or depression, one of the highest rates among the 11 high-income countries considered.

Although much of the research on the health effects of mass shootings concerns mental health, Soni and Tekin also cited a 2019 study that suggests a link between the resulting anxiety and stress and physical problems in newborns.

The study by Bahadir Dursun, a health economist formerly at Princeton and now at Newcastle University in the United Kingdom, examined 81 U.S. counties between 2005 and 2016 in which a mass shooting had occurred. Dursun found increased rates of women delivering babies prematurely or with low birth weights compared with infants born before those shooting events. He also found higher incidents of congenital abnormalities and other anomalies at birth as well as more stillbirths.

The resulting disabilities, reductions in economic opportunities and income, and reduced life expectancy cost society an estimated $1 billion in those 81 counties, Dursun estimated.

A paper published this year by the research forum Global Labor Organization found that adults who lived in U.S. counties where a mass shooting occurred were more likely to assess their physical and mental well-being negatively than those living elsewhere, which the researchers contend translated to lower earnings.

Another recent study published by the National Academy of Sciences found that use of antidepressants prescribed to kids who lived within five miles of a school shooting increased by 21% in the two years after the incidents.

Using survey data, Soni and Tekin also published a paper in the National Journal of Economic Research in 2020 showing that residents who lived in communities where a mass shooting had occurred reported a significant downturn in their sense of their emotional well-being as well as their sense of their community as a safe and a desirable place to live. They examined 47 mass shootings between 2008 and 2017.

One study in the Journal of Gay and Lesbian Mental Health demonstrated that even people living outside a county or state where a mass shooting occurred can be harmed by it. The study found that the 2016 massacre at Pulse, a gay nightclub in Orlando, Florida, increased severe psychological distress among gay men nationally.

“Even if it’s not happening in my county, the whole country is sort of a crime scene,” said American University’s Tekin.

Researchers acknowledge that studying the impact of mass shootings is tricky. Although these episodes have become more frequent and command much media attention, mass shootings account for less than 1% of all gun deaths in the United States. That means the data set is limited in size, particularly for researchers trying to drill down on which population groups are most susceptible to severe health reactions.

Researchers also have not compared the community impact of mass shootings with the effects in areas where gun violence is a regular feature of life. Studies have found that residents who live in areas with frequent gun violence experience high rates of anxiety and depression.

But the two kinds of gun violence are different. One is a grim, everyday reality; the other utterly unexpected, the sort of event residents often say afterward they had never envisioned happening in their community.

“Where there are high rates of gun violence, particularly in marginalized communities with less employment or opportunity, people in those communities have long felt anxiety about kids walking to school or playing in parks, the kind of thing people in White suburban areas didn’t really worry about,” said Dr. Amy Barnhorst, vice chair for community mental health in the University of California, Davis, Department of Psychiatry.