The organization intends to focus on tuition equity for immigrant students, prenatal healthcare and driver’s license restoration next legislative session
By:
Christen McCurdy 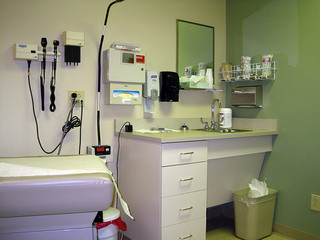 December 12, 2012 --At a kickoff event in Northeast Portland, the Oregon Health Equity Alliance announced its legislative priorities for the 2013 session: driver's license restoration, cultural competency for health professionals, data collection in the health sector, tuition equity for immigrant students and prenatal healthcare for all women.

“It's not all specifically around public health work,” said Reyna Lopez, a Portland metro area organizer for Causa, an immigrants’ rights organization that belongs to the health equity alliance. Instead, the organization's goals are grounded in the “social determinants of health” perspective, asserting that access to education and transportation are critical to community health.

In 2008, the legislature passed a law mandating that applicants for a driver's license provide proof of citizenship – and, as a result, over 150,000 people lost their driver's licenses.

“It's been an issue that has really devastated the Latino community,” Lopez said, since the loss a driver's license can affect an entire family and limit their ability to open a bank account. Families of mixed-immigrant status have also suffered.

Losing the ability to drive also makes it difficult for people to reach their jobs and take their children to medical appointments, said Alberto Moreno, executive director of the Oregon Latino Health Coalition.

Next session, several revisions to the law are being proposed, Lopez said. One would roll the law back to previous requirements for driver's licensure – which required proof of residency, not citizenship.

Proof of citizenship is also required to qualify for in-state tuition in Oregon, which organizers say is a barrier to college for undocumented students, only 5-10 percent of whom actually go on to college. (Tuition rates at Oregon colleges can be up to three times as high for nonresident students.)

The proposal would allow students to qualify for in-state tuition if they have attended a university in Oregon for at least five years, graduated from an in-state high school and filed an affidavit showing they intend to apply for legal residency.

Other states have conducted surveys to determine how many students are undocumented immigrants, but there’s no data available on the numbers attending Oregon colleges, said Joseph Santos-Lyons, development and policy director of the Asian Pacific American Network of Oregon.

The coalition also intends to introduce a cultural competency bill that would require licensed healthcare providers to show they have received continuing education on cultural competence – that is, how to communicate appropriately with people from diverse backgrounds.

“We know that an appropriate diagnosis goes a long way, and that trust between patient and provider is the key to providing good health outcomes,” Moreno said.

The Latino Health Coalition, which is part of the Oregon Health Equity Alliance, has advocated for expanding the Citizen Alien Waived Emergent Medical Program, to ensure pregnant women receive appropriate prenatal care regardless of immigrant status.

Numbers released by Causa indicate that 55 percent of counties in Oregon do not provide prenatal care for undocumented mothers, leaving 3,000 women every year without care. Moreno – noting that both California and Washington mandate that prenatal care be offered to all pregnant women regardless of citizenship status – did not say specifically what the coalition will propose to address this gap.

Image for this story by Benjamin Stone (CC BY-NC-SA 2.0) via Flickr.