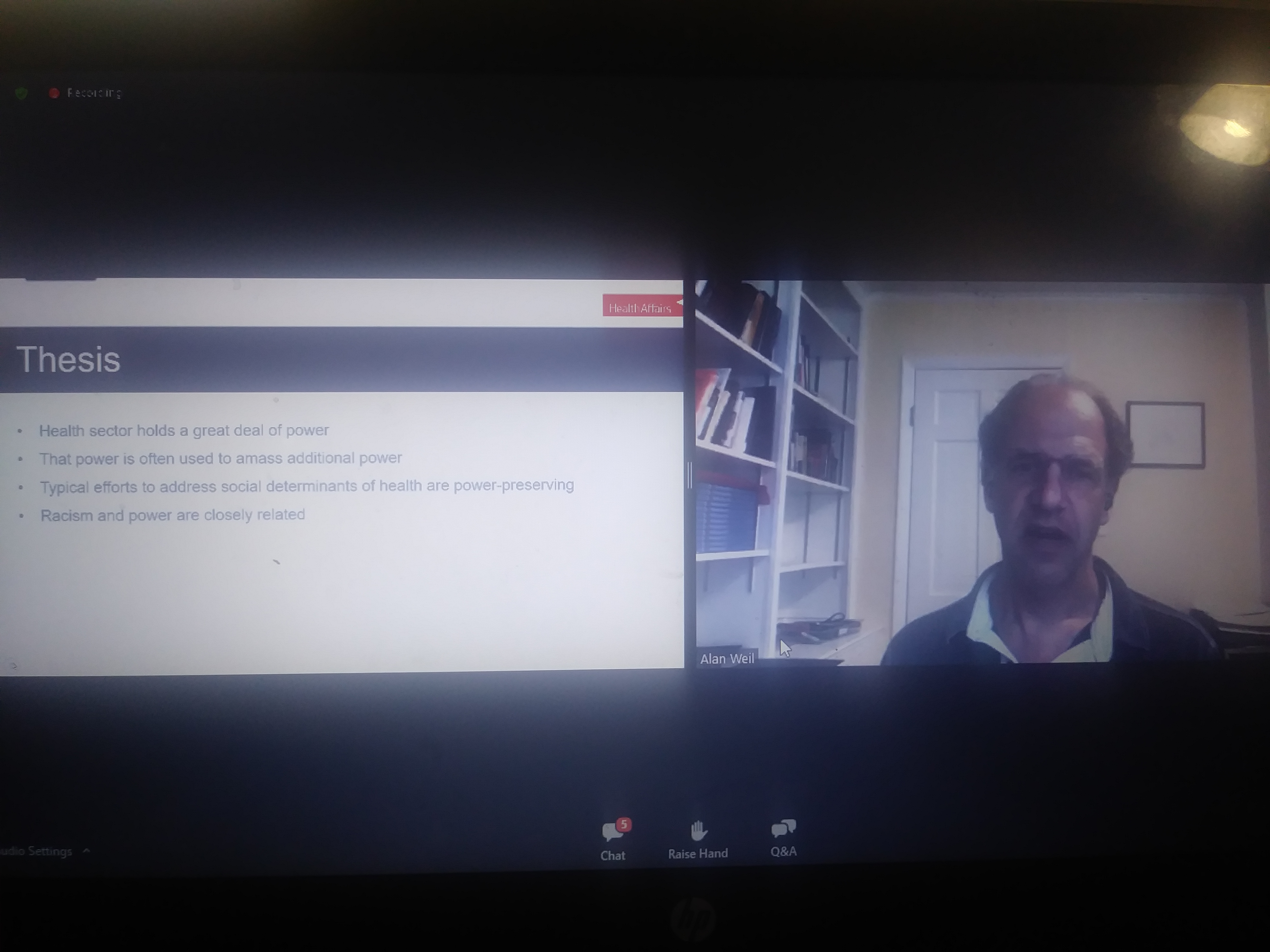 The health care system needs a shakeup among those in authority to better address inequities in society, panelists said Tuesday.

They spoke at a  virtual event organized by the Oregon Health Forum, a sister organization of The Lund Report. More than 700 attended.

Two panelists talked about health care institutions and how they can share power with an eye toward ending disparities that marginalize people, including communities of color. The panelists were Alan Weil, editor-in-chief of Health Affairs, a health care policy journal; and Rachel Banks, public health director for Multnomah County. Weil penned an editorial last month called “The Social Determinants of Death,” a theme he espoused Tuesday.

In the wake of COVID-19, which has hit communities of colors disproportionately, and protests following the death of George Floyd, the nation has focused on systemic racism in society and the need for equity.

“It seems like the time to have this conversation about power couldn’t be better,” Banks said, noting the civil unrest in Portland and elsewhere in the U.S.

Weil said he’s not opposed to the health sector examining and trying to understand the social determinants of their patients. But, he said, that work will not change the circumstances that have led to many communities of color in unstable housing with low-paying jobs.

To truly move the ball forward, the industry needs more diversity, with people in color in positions of authority, panelists said. Hospitals also could include consumers on their boards, Weil said.

The health care sector wields an enormous amount of power and influence, Weil said, pointing that it has the fifth-largest gross domestic product.

“The health sector holds power and uses its power to amass additional power,” he said, adding that this includes lobbying.  He stressed that the sector’s approach is an institutional culture and doesn’t reflect the values of individuals.

The panelists underscored the need to understand and address the racism in America’s history, which has defined Blacks as less than human, Weil said.

“That’s the origin and once someone else is a separate species, you can rationalize slavery and mistreatment and disparities all you want,” he said.

He added that the U.S. also has a long history of dehumanizing people with disabilities and the lesbian, gay, bisexual, transgender and queer, or LGBTQ community.

Both speakers said COVID-19 has spurred policies that have helped communities of color, for example expanded unemployment benefits and moratoriums on evictions.

Weil also praised the quick response of state and federal officials to loosen telehealth rules in response to the pandemic. “It is astonishing how quickly we were willing to do things we thought we couldn’t,” Weil said.

The session ended with a question and answer period, with one audience member asking Weil about the role of a single-payer system. Weil said he understands the value of universal coverage but doesn’t think a single-payer system is the answer because it lacks a change in the power structure.

“You have to start asking how well do we use those resources and could they be deployed in other ways that are more effective,” he said.

Weil said he doesn’t have the answers for how each health care company or hospital should reframe its approach to serving patients and communities. But he said it’s critical for them to talk to others in their community and get local perspectives.

“Find a place where there are ingredients of trust and then have a genuine conversation,” he said.

Jul 28 2020
News source:
The Lund Report
Keywords:
health care, hospitals, oregon health forum, coronavirus COVID-19
×
This article is for premium subscribers. If you are one, please sign in below.
You can see two more premium stories for free. To subscribe, click here. We depend on premium subscriptions to survive, and they are tax deductible.
Sign InGo Premium Not now