Sen. Bates, who oversees the Oregon Health Authority budget in the Committee on Ways & Means, proposed a remedy that would level out the payment discrepancy between the two Portland CCOs, but he said Health Share quashed the idea. The Centers for Medicare and Medicaid have approved the new 2015 rate process as a great improvement over the old methodology.
By:
Chris Gray 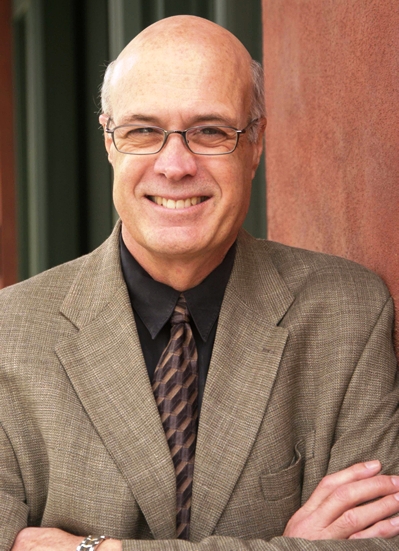 Sen. Alan Bates, D-Ashland, forged a compromise this fall that he believed would have restored fairness to the Medicaid reimbursement rates for the coordinated care organizations when they provide care to the new low-income adults who have inundated the system as a result of the Affordable Care Act.

Given the lack of claims data for these new members, the Oregon Health Authority has been challenged to determine the true risk of the population, both for paying immediate claims and the upstream investments that CCOs have been expected to make to keep vulnerable Oregonians healthy.

Bates said he believed the state had finally developed a sound risk-based actuarial model for the traditional Medicaid recipients -- children, pregnant women and people with disabilities -- with Arizona-based Optumas, the actuarial firm it hired this spring. Why not extrapolate the average risk from those models onto the ACA population, given the lack of data about the new group?

The senator believed that while still imperfect, such a move would level out the wildly disparate funding levels that the Health Authority set when it based the funding levels on reported costs.

“They wouldn’t do that. There was push back immediately from Health Share. They’d lose their big bump,” Bates told The Lund Report.

The political deference shown Portland’s largest CCO, Health Share of Oregon, stands in stark contrast to the lack of regard the Health Authority showed six other CCOs, who were ordered to pay back $100 million in reimbursements retroactively to Jan. 1 because of the agency’s own errors computing the initial 2015 rates.

Five of those CCOs, including AllCare Health Plan and Umpqua Health Alliance in southern Oregon, have capitulated to the Health Authority’s demands, and agreed to return the money. But Portland-based FamilyCare, which would be forced to eat $50 million of that $100 million, has refused, and is now in mediation with the state. The CCO also has an active lawsuit against the agency.

Under Bates’ proposal, Health Share would still have come out ahead of FamilyCare, since the risk for Health Share’s traditional population is higher than its smaller competitor. The larger CCO would only have lost some of the windfall that came from the unorthodox payment method that has been settled upon by the Health Authority, over the objections of Bates and many of the state’s legislators.

The Health Authority and its allies have repeatedly claimed the adopted payment method was developed with “unprecedented transparency,” but it’s blocked even Bates from viewing the cost data used to calculate the revised 2015 rates. Bates said the lopsided payments to some CCOs compared to others may be due to differences in the delivery system.

For example, he said private practice physicians -- like those FamilyCare has relied upon -- have traditionally been paid at 70 percent of what they bill, while federally qualified health centers -- like those CareOregon builds much of its delivery system around -- are paid in full. He explained that this discrepancy was based on the fact that traditionally these health centers served uninsured people, and while CareOregon continues to serve many uninsured immigrants, most of their previously uninsured patients now do have insurance.

On Tuesday, Health Authority Director Lynne Saxton testified that she was withholding the information based on the counsel of the Oregon Department of Justice, the agency’s attorneys, because of litigation with FamilyCare.

If the public could see that the figures were indeed skewed toward certain provider types over others, it would inevitably enhance the CCO’s case against the state. But without access to that information, there is little way to know if that’s the case.

The Centers for Medicare and Medicaid released a letter on Friday, indicating that whatever dispute remains about the rate setting for some of the members, the overall new approach by the Health Authority was a great improvement over the previous process.

“We believe that the most significant issues raised by CMS in our initial review of the previous  rate methodology and submission have been addressed through the revised methodology and certification. In general, that it would be unreasonable to use this methodology, including reliance on updated and appropriate data, in the development of future rates,” wrote James I. Golden, the CMS director of the Division of Managed Care Plans.

The overall effect of the recalculation will be for the state to return $2.9 million out of the roughly $4 billion it receives from the feds annually to fund the Oregon Health Plan. Such a rounding error negates both Bates’ earlier concern that the Health Authority was voluntarily and proactively giving up a large amount of money the state would otherwise keep, and the notion that the state might be unduly wasting a large amount of federal money through poor accounting.

Saxton objected to Bates’ depiction that she had upended the reform model championed by former Gov. John Kitzhaber and reversed the incentives back toward rewarding excess spending. Bates said that some CCOs were pulling back from investing in early-learning hubs and public health departments since these investments may eat through reduced reserves they need to pay claims.

“CCOs will raise their costs up as high as they can and get the biggest rates they can,” Bates said. “I’ve talked to the CCOs, and that’s exactly what they’re going to do.”

He behooved Saxton to cut language from the 2016 contracts that allows the agency to once again demand a clawback at any time if it feels it has overpaid the CCOs.

But one reason that CCOs may not simply run up their spending is that the improvised model that Bates objects to will only be used for 2015 and 2016.

At an earlier hearing, health analytics director Lori Coyner told lawmakers in the House Health Committee that CCOs could expect less volatility in 2017 as the state uses similar methodology, but Rep. Mitch Greenlick, D-Portland, pointed out that those rates for the ACA population may look nothing like the 2016 rates since the state plans to switch the new members onto a risk-based model, which will tie payment based on the number of patients with chronic illness -- the model used for the traditional Medicaid population.