The chair of the House Health Committee has proposed a compromise version of earlier legislation that would have subjected coordinated care organizations to the public meetings law. HB 2960 would require private board meetings to have a public comment period and open advisory councils to public.
By:
Christopher David Gray

April 16, 2013 — Rep. Mitch Greenlick, D-Portland, has put forth a compromise bill that would ensure greater public scrutiny of coordinated care organizations without putting them under Oregon’s public meetings law.

House Bill 2960 would require that each monthly board meeting have a public comment period where people would have the right to address each CCO’s board of directors. It would also require community advisory councils to meet in public. 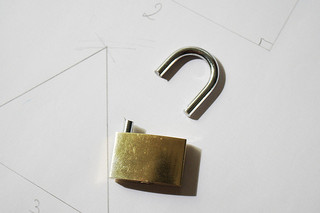 An earlier bill, Senate Bill 412, was heard in February by the Senate Judiciary Committee. It would have subjected CCOs to the full daylight of the Oregon Public Meetings Law, but that bill died in that committee without a vote.

Greenlick acknowledged the consternation that legislation caused CCOs, even as he resurrected the desire for greater public oversight by calling HB 2960 before his own committee.

“I’ve been watching the development,” Greenlick said. “There is clearly a stress between the community members and the CCO boards.”

Greenlick said that community advisory councils that report to CCOs have one member on each of the CCO’s board of directors, but this member is often bound to confidentiality and cannot tell the public or the other members of the council what actually happens in those meetings.

HB 2960 still faces stiff opposition from some CCOs and conservative Republicans like Rep. Tim Freeman of Roseburg, who testified against the measure.

“There’s nothing that keeps CCOs from having open meetings,” said Freeman, who believes different communities should be able to create their own standards of transparency.

“In Portland, we have people competing to do this work,” Freeman said, referring to Health Share of Oregon, which competes with FamilyCare in the tri-county area. “In the rest of the state, we are begging people.”

Each CCO so far has developed its own standards when interacting with the public. Rep. Jason Conger, R-Bend, said that the two CCOs he’s interacted with in central Oregon agreed from the get-go to have public meetings: “Both of them have all of their meetings open to the public, and it’s a benefit.”

At the other end of the spectrum, in Roseburg, Umpqua Health Alliance’s meetings are so secretive, even its community advisory council — a body created by most CCOs as a vehicle for public outreach — holds private meetings without public oversight.

The public isn’t even told who’s on the council beyond its chairman, who reports to its board of directors.

Dr. Bob Dannenhoffer, the chairman of Umpqua, said several public forums have been held during the evening where there’s been good turnout to explain the developments of the CCOs.

Billions of Medicaid dollars will be delegated to Oregon’s 15 coordinated care organizations, which are set up locally to deliver care within the Oregon Health Plan. They receive a global budget that must meet strict cost controls or forfeit federal money.

If successful, the quasi-public, quasi-private CCOs might be tasked with delivering healthcare for many more Oregonians in the future beyond those on the Oregon Health Plan including public employees, school teachers and administrators and people who work in the private sector.

While the meetings Dannenhoffer mentioned wouldn’t be pre-empted by HB 2960, he still objected to requiring the board to hear from the public at each meeting.

“We’d have to have them at a place where we could accommodate the public,” Dannenhoffer told The Lund Report, adding that these board meetings usually occur at 6 a.m. in a small board room at the Umpqua office.

He said the Legislature should wait three or four years to streamline or set standards for public oversight, based on the best practices of the CCOs. “If we find one that’s demonstrably better, we should use it,” he said.

Debi Farr of Trillium, the CCO that serves Eugene and Lane County, said its board allows the public to review its meeting minutes, and it has two councils that hold public meetings, a rural advisory council as well as a community advisory council. “This legislation today is unnecessary,” Farr said.

Farr told The Lund Report that at least at Trillium, there was open communication between the board and its advisory councils.

Thompson suggested delaying the implementation of HB 2960 until the Legislature meets again next February. The bill has no emergency clause so it would otherwise take effect sometime this fall, 90 days after the end of the session.

Greenlick opposed that idea, noting that a delayed enactment could added to the bill if it passes to the Senate, while HB 2960 must be approved by the House Health Committee by Wednesday in order to have a chance to become law.

Clem said he was skeptical of requiring public comment periods because the CCO in his area, Mid-Valley Community Health, is set up as a limited-liability corporation, an entity not traditionally subject to close scrutiny from the general public.

Greenlick responded that CCOs are unique entities, different from traditional LLCs. They are exempt from anti-trust laws and operate as monopolies in most of Oregon outside the Portland metro area.

Clem did say if Mid-Valley Community Health held public meetings, he’d personally attend to admonish Salem Hospital for suing its own CCO: “I would go to every meeting and tell one member to stop suing the others on the board.”

Last year, Salem Hospital sued Mid-Valley, arguing over rate reimbursements. A Marion County judge in the case has rejected a request by the CCO that the case be heard in mediation and cleared the lawsuit to proceed to trial. This is the only circumstance in Oregon where a CCO member has sued its own organization since the CCOs were implemented last summer.

Image for this story by Marc Kjerland (CC BY-SA 2.0) via Flickr.

Good for Representative Greenlick! He seems to be much more in touch with what people in our local communities want when it comes to knowing how our tax dollars are spent than the representative from our area, Tim Freeman. Although the Senate Bill would have required that CCOs follow both the open meetings and open records portions of our current state law, ORS 192, Greenlick understands the importance of having what CCOs do with taxpayer money out in the open and public meetings are a start. Greenlick is absolutely right to describe some of the CCOs as medical monopolies and anyone with a basic understanding of economics knows that monopolies are not good for anyone but those who control the monopoly. It does not matter if your health care providers are the ones making up the monopoly, which certainly is the case here in Douglas County. Like other rural communities, medical services in Douglas County is controlled by the local doctors' group. The group has a vested interest in control cost for their benefit, not yours. As this article shows, the CCO in Roseburg, DCIPA dba Umpqua Health Alliance clearly provides the reason why this, and other, legislation is needed. Even though our community standard supports transparency, our local CCO will not provide it voluntarily. Given Rep Freeman is so supportive of the local community dictating the standard, it is interesting that he is not listening to the people here.