Rep. Mitch Greenlick seeks major changes that will ensure that the local Medicaid health management companies operate in the public interest, and he wants legislation passed before the new contracts come out. Sen. Bates seeks more transparency from the Oregon Health Authority to avoid another heated battle with CCOs over payment.
By:
Chris Gray 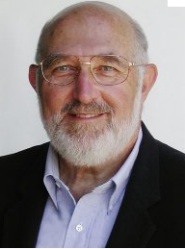 Rep. Mitch Greenlick, D-Portland, has unveiled some major changes to the structure of the state’s coordinated care organizations that are designed to create more transparent rules for their operation that will ensure they will be run in the public interest and have clearer expectations that might prevent further rows with the Oregon Health Authority.

“It creates a blueprint of what CCOs should look like,” Greenlick said.

All CCOs would become non-profit, community-based organizations by 2023; their board of directors would have meetings open to the public, and 50 percent of their directors would represent the general public. Of the remaining board members, only 25 percent could represent the risk-bearing CCO stakeholders, and 25 percent could be healthcare providers.

Reserve funds, now kept in vaguely defined accounts by the CCOs, would instead be placed in a global escrow account housed in the state treasury starting in 2018. The Oregon Health Policy Board would need to develop new health metrics that CCOs would be required to meet or else forfeit their contracts.

Greenlick’s proposals could put an end to the relentless infighting between the Oregon Health Authority and some of the CCOs, diminishing the opportunity for some stakeholders to get rich from the Medicaid system and reducing the perception that the state might be playing favorites when it sets rates.

Some of the limits are designed to allay concerns that CCOs might cash in the money the state has given them and sell their operations to out-of-state companies, such as happened in Lane County with Trillium Community Health Plan. Large companies like Centene Corp. could still act as the parent company for CCOs, but the stricter regulations would ensure taxpayer money is spent as intended.

Greenlick argued that the rules governing CCO operations were enacted in a rush fashion in 2012 so that Oregon could get quick approval from the federal government, and some decisions were based on political compromise rather than sound policy to ease passage in a House of Representatives that had been evenly split between Democrats and Republicans.

Still, he called for bipartisan cooperation on developing better regulations. The ranking Republican on the Health Committee, Rep. Cedric Hayden of Cottage Grove, agreed that the legislation should be debated now rather than wait until the new contracts go out in Spring 2017.

The legislative concept has something for almost every party to like and dislike, and will likely generate lively debate when the Legislature meets in February, as well as plenty behind-the-scenes action from the well-heeled interests that control the CCOs who’ll attempt to strike down the proposals they don’t like.

Greenlick’s legislation is among three legislative concepts affecting CCOs that will be debated in February, although his will easily be the most controversial and monumental.

Subjecting the CCOs to public oversight as they use public money to provide healthcare to low-income adults, people with disabilities and nearly half the state’s children has been a long-held goal for Greenlick but also one that the CCOs have worked hard to defeat.

To blunt the impact of his proposals, Greenlick would delay the implementation until 2023 -- the time of a possible third five-year contract -- making clear the expectation but giving CCOs fair warning to make changes.

Hayden is tentatively introducing legislation designed to stop the Health Authority from imposing new rules on CCOs in the middle of a contract unless it’s imminently apparent Medicaid recipients would lose coverage if the state agency did not act.

“OHA has changed their rulemaking twice in the past year,” said Hayden, adding that his bill related to the now-abated controversy between the state and Portland-area CCO FamilyCare, which caused the CCO to risk losing its service area unless it signed the 2016 contract.

“We need to get these CCO contracts to a business standard,” he told The Lund Report. “We want to give assurance to our healthcare providers that they know the best opportunity to provide care without interruption.”

Sen. Alan Bates, D-Medford, also announced legislation on Wednesday, but said he wanted to only advance proposals if they gained consensus -- making it easier to pass the legislation but  making it less likely the Senate bill will fix many of the key flaws in the system.

Under the Bates legislation, the Health Authority would have to develop uniform reporting methods for each CCO so capitation rates can be directly compared. New member benefits and the associated increase in rates would need to take effect at the start of a contract year.

Bates wants to give a one-month deadline for the state to determine Medicaid eligibility, and also lay out clearer rules to create new performance metrics.

He also wants to shine some daylight on the bonus money CCOs receive for meeting health goals. “I have concerns about where the flexible money is being spent,” he told the Senate Health Committee. “We want to be able to track that money.”

The Medford senator invited the CCOs to the Capitol next week to discuss the proposals and work toward that consensus.