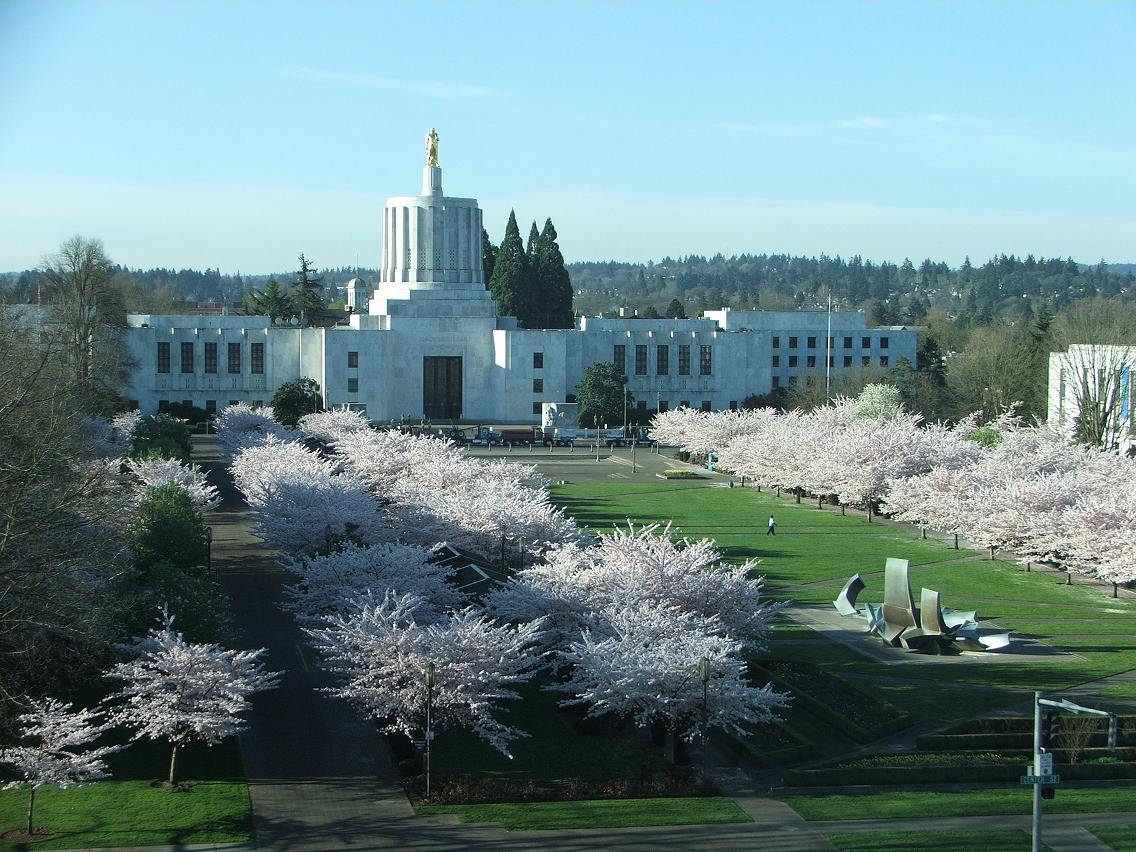 Rep. Mitch Greenlick, the longtime controversial chair of the House health care committee and Portland Democrat, was removed from the position on Thursday.

House Speaker Tina Kotek, D-Portland, made the announcement in a press release Thursday morning, citing the need for a “safe and supportive environment” at the Capitol. Greenlick was also removed entirely from the House Conduct Committee, which he also chaired.

Rep. Andrea Salinas, D-Lake Oswego, will take over chair duties for the health care committee, while Rep. Nancy Nathanson, D-Eugene, will become the leader of the conduct committee.

“Representative Mitch Greenlick made a serious mistake during Tuesday’s House Committee on Health Care when he made demeaning comments toward two individuals who were testifying before his committee,” Kotek said in the press release. “We must always strive to do what is best for the people of Oregon and the Legislature as an institution.”

At Tuesday's hearing, Eric Lohnes, representing the Pharmaceutical Research and Manufacturers of America, a lobbyist group known as PhRMA, argued against a bill requiring drug manufacturers to give 60-day notices before increasing some medication prices. He said that could threaten manufacturer supply chains, adding that lawmakers should be targeting insurance companies and pharmacy middlemen instead.

“What the hell is the problem?” Greenlick responded. “There’s no problem except you guys want to hide the ball.”

House Republicans boycotted a Wednesday meeting of the Joint Committee on Capitol Culture because of Greenlick’s behavior, according to a spokesman for the party. Greenlick did not respond to requests for comment.

Kotek also announced in her release the removal of Rep. Bill Post, R-Keizer, from the House judiciary committee, after he made controversial posts on Twitter this week. "This week, he wrote two inappropriate tweets, one regarding a member of the Senate and one regarding an upcoming lobby day," Kotek said in the release. "Given the pattern of his behavior, I believe it is necessary to remove him from his position on the House Committee on Judiciary, effective immediately."

Earlier this month, Greenlick ran into a conflict in a committee hearing with Rep. Denyc Boles, R-Salem, asking her to cut her comments short on an agenda item so lawmakers could hear a bill she supported, according to news reports.

Boles later in the House: “I understand that I’m part of a 22-member Republican caucus," she said. "But I have to tell you what I didn’t expect was that my ability to represent 67,049 in my community would try to be silenced. ...And I certainly didn’t expect that as a female leader in this state, part of this esteemed body, that I would effectively be shushed by my committee chair."

On the change on the health care committee, Rep. Rob Nosse, D-Portland, vice chair of the committee, told The Lund Report that Kotek chose Salinas as chair after consulting with the Democratic party. Nosse said he did not want the position because of other duties on the Joint Committee on Ways and Means. He did not discuss Greenlick's removal.

The other vice chair of the health care committee, Rep. Cedric Hayden, R-Roseburg, told The Lund Report he was not consulted about Salinas’ appointment but said a quick decision and smooth transition of leadership was best for Oregonians. He said he hasn’t encountered any calls for Greenlick to step down in the past, but that implementing cultural change in the Capitol was a major concern this year.

At Thursday’s committee hearing, Greenlick’s demeanor was calm and composed, and upon entrance he shook hands with and embraced his fellow committee members. Before opening the session, Salinas took a moment to congratulate Greenlick on the years of work he’s put into the committee.

Salinas told The Lund Report she had mixed feelings about Greenlick’s removal. She said that Greenlick has a long history of successful leadership, and given that 2019 will be his last year in office, she felt it was harsh to remove him from his post. But she said she believes that Capitol culture needs to change, and the only way to move the dial is to take action.

The Capitol has been plagued with sexual harassment complaints for months. In January, the state Bureau of Labor and Industries concluded a five-month investigation, saying that Democratic leaders had done nothing about a "hostile" work environment in the Oregon Capitol and sexual harassment.

Greenlick has not been implicated in that. But he does have a pattern of being abrupt.

With Re./Dr. Greenlick’s removal from chair of the House Health Care Committee, I’m pessimistic that any Democratic in a leadership position will pursue the introduction of a bill to remove religious or philosophical exemptions for vaccinations.

This plays nicely in the anti-science of the vaccine-resistant parents of our state.  Make Oregon the healthiest state in the country?  Hardly....

Forcing corporate products on Oregonians was an objective of Mitch Greenlick, announced earlier. Persons who know their vulnerability to harm do not want Oregon to sink in child health statistics to the level of Mississippi, famous for forcing pharmaceuticals on children. It is the duty of parents to assess risk in health procedures. In response to harm, some have paid to understand how metals and other toxins are processed among cohorts with certain genetics. Fine print matters. Many pay attention to this in Oregon. As a former social worker who worked with families whose children had major challenges, I applaud those families who know their risks and who insist that the precautionary principle be respected and that their informed consent be respected. It is truly unfortunate that so many have learned about the risk after those close to them have been harmed.