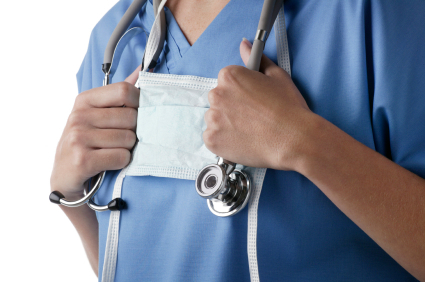 Sen. Lee Beyer, D-Springfield, testified before the House Health Committee, supporting the bill that passed the Senate but seeking amendments.

“I’m here to express my strong support for this bill; I only wish it were a little stronger,” he said. “It doesn’t do any good to provide a chance for comment if the consumer is unaware of the proposed rate hike.”

Greenlick supports three amendments to Senate Bill 413A. The first would direct the Department of Consumer & Business Services and the Oregon Health Authority to work together and develop metrics to evaluate the medical cost control strategies by insurance companies.

The second would require insurers to send a generic letter to all consumers when they request rate increases, notifying them of the public comment period and the DCBS Insurance Division’s public rate review site — www.oregonhealthrates.org.

Insurance companies had been able to request rate increases multiple times a year. But under Cover Oregon, insurers will be able to raise rates just once a year for individual and small groups. Insurers are now in the public comment period for approval of next year’s rates from the Insurance Division.

The third amendment, which Greenlick conceived, but has not yet been made public, would call on DCBS to develop a standard medical inflation rate, which insurers would have to comply with unless they could show why a higher rate increase was needed. “It allows insurers to start at the same place,” Greenlick said.

The first amendment was outlined as a potential improvement to the rate review process in a recent OSPIRG Foundation report. The second amendment was introduced by OSPIRG in the Senate Health Committee as a compromise, but rejected in favor of a suggestion by lobbyists from Regence BlueCross BlueShield.

On Wednesday, Monnes Anderson defended her move to support Regence, noting a work group involving OSPIRG, SEIU and insurance companies which failed to reach consensus. The senator said she was worried about the added expense of requiring insurers to send an extra letter informing consumers about their ability to participate in the rate review process.

“If you consider changing it, it will be very difficult on the Senate side to pass,” Monnes Anderson added.

But Greenlick was undeterred by her statement: “We’ve already had one conference committee, there’s no reason not to have a few more as we go along,” he said.

Both Greenlick and Monnes Anderson sat on a conference committee that decided to approve a ban on children under 18 from using tanning beds, which had been the preference of the House but not the Senate.

The amendment from Regence that became Senate Bill 413A only requires insurers to inform consumers of the rate review website posted by DCBS at some point during the year. The information could be embedded in the explanation of benefits that consumers receive upon enrollment, and those details might not reach consumers until months after the rates have been approved.

The original bill was intended to force insurers to notify their members if they wanted to raise rates above 7 percent – and happen before the Insurance Division made a determination.

Beyer and Greenlick were backed at Wednesday’s hearing by representatives of the Service Employees International Union, the Oregon State Pubic Interest Research Group and the Main Street Alliance, a progressive small business organization.

“It had a lot of attention on the Senate side. Our argument against some of the amendments are added costs,” Powell said. “Regence is one of the largest printing operations in Oregon.”

Powell said consumers could learn about proposed rate increases by signing up for alerts from DCBS which sends out rate notices before a decision is made.

“If somebody’s angry about the rate, they could sign up for immediate notification from then on out,” Powell said.

Monnes Anderson lauded the Insurance Division for its website and called it the gold standard for insurance rate reviews.

But many people aren't aware of that website or the insurance rate review process, Greenlick said.

Felisa Hagins, the political director for SEIU Local 49, who sits on the Oregon Health Policy Board, called it a common refrain that Oregon’s Insurance Division is considered among the nation’s best when it comes to rate review.

“That’s no reason not to make it better,” Hagins said. “We were disappointed with the changes on the Senate side. We would like to see the rate review process continuously strengthened.”

The insurance industry, she said, isn't driving the higher rates. It comes down to providers – physicians, hospitals and other providers. The rate review process could become a vehicle to help consumers put more pressure on providers to control expenses similar to the work being done by the coordinated care organizations.

CCOs, which are responsible for the Medicaid population, operate within global budgets instead of being paid on a fee-for-service basis on the number of medical services.

SEIU locals 49 and 503 represent 65,000 workers in Oregon, about 20,000 of whom will likely use Cover Oregon – the health insurance exchange that launches in October – to find health insurance, Hagins said.

The idea of establishing a

The idea of establishing a standard medical inflation rate is pretty interesting. Just having that figure in the DCBS toolbox (and hopefully having a big public report describing what drove medical inflation) would make a big difference in rate review. I'm a lot less convinced about preemptive notice of rate increases. Contracts between providers and insurers are still trade secrets, right? So how do consumers connect premium rate increases to the providers driving up costs? I think you'd wind up with a room full of people wanting to pay less but without any understanding of the tradeoffs required (more restricted networks) to make that happen. Printing paper doesn't cost much, but the benefits of this don't seem like much either.

SEIU's Felisa Hagins has it

SEIU's Felisa Hagins has it right; consumer advance notice of rate increase proposals not only makes insurers more accountable, it is one more way to engage consumers in placing heat in the health care delivery system to manage its costs (and margins, in some cases). Right now, large parts of the so-called "system" are excellent at managing revenue (upward), but poor when it comes to sophisticated, quality- and efficiency-based management of their costs.