But not all counties are on board, and Douglas County in southern Oregon plans to relinquish its responsibilities to the state in October.
By:
Jan Johnson 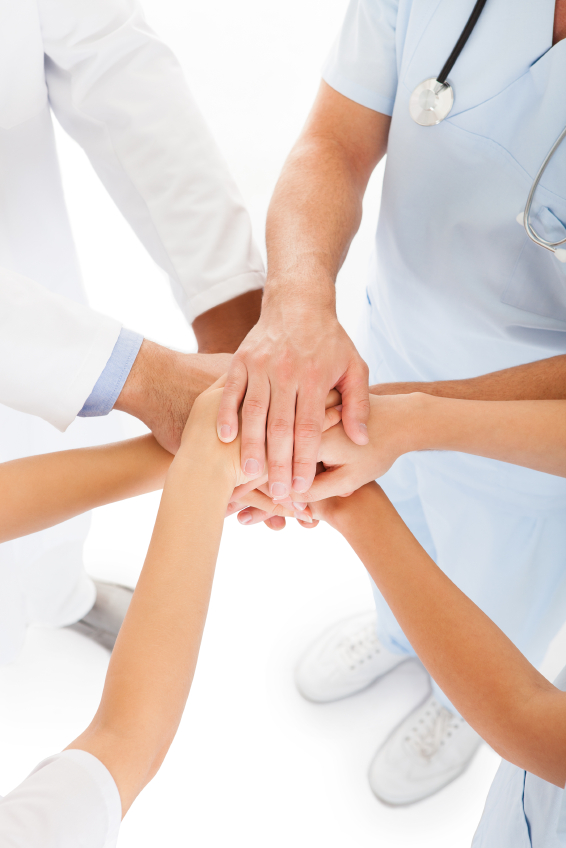 With a report due to the Oregon legislature soon, the Governor’s Task Force on the Future of Public Health sent its smaller workgroup back to work on a single straw man model focused on waves of voluntary regionalization even as one Oregon county seeks to get out of the public health business altogether.

“We have a culture of not funding public health,” at the state level said task force member Rep. Mitch Greenlick (D-Portland). “Now, with a model conceptual framework, we’ll say ‘let’s start and see how it works.’”

The workgroup presented three implementation models all focused on outcomes but one focused on each county going it alone and finding resources to meet minimum foundational capabilities, another with multi-county districts sharing resources and, finally, a hybrid model. The full task force endorsed the hybrid   -- implemented in waves with voluntary partnerships formed with the state, other counties and other partners.

Greenlick said the state’s current Coordinated Care Organization structure with one CCO covering 12 counties and two CCOs covering the Portland metropolitan area is not the structure the public health organizations will use. He added “from a feasibility standpoint, resources going into 34 counties is not going to happen.”

He suggested an approach in which the state provides perhaps $5 million a biennium. The full task force discussed wave implementation of maybe a quarter to a third of the counties in the state in the first wave; then, after an evaluation to see how it works, making needed adjustments and gradually increasing investment and funding.

Morgan Cowling, executive director of the Coalition of Local Health Officials said her group fully supports meaningful and sustainable state funding and recommended that whatever the task force sends to the legislature contain financing options.

Not all the public testimony was supportive. “It’s not the real world,” said Patricia Neal of the Public Health Advisory Committee in Lincoln County. “All our services are local and need to stay that way.”

Neal said other counties have specific needs too. She said Benton County, through its Environmental Health Division, has a project on climate change, and a model for everyone  might not allow for innovation and visionary thinking.

But as the task force’s workgroup began brainstorming how to flesh out the hybrid model and address the comments, they also discussed what happens when a county becomes so overwhelmed with its duties that it relinquishes them to the state, as Douglas County in southern Oregon plans to do in October. Some of the work Douglas County seeks to turn over includes communicable disease outbreak response, TB case management, emergency preparedness, environmental health including restaurant inspections, tobacco prevention and education, immunization and family planning.

“This issue is unprecedented,” the Oregon Health Authority Public Health Division says on its Website, “so PHD will be completely transparent as we navigate how public health services will be provided in Douglas County.”

“Public health does best when there’s a local anchor,” said Gary Oxman, a retired Multnomah County public health leader and task force member. He suggested the model include some efforts to ask counties what it would take to keep them “in the game.”

Carrie Brogoitti, public health administrator for Union County Center for Human Development, Inc., suggested “sweetening the pot” with some kind of state match.  The group agreed a state match could serve as an incentive as long as it was tied to counties maintaining current investments in public health. “We don’t want to create disincentives,” said Oxman, “for counties to pull back.”

Then there’s the question of where to start the wave implementation: assessments of where each county is? But what if the funds pay only for assessments and not the real work of implementing shared services such as epidemiologists? Would the poorer counties not have time or resources even to apply for technical help with assessments?

At the full task force meeting, Union County’s Brogoitti asked if wave implementation might expand the gap between “haves” and “have nots?” Greenlick suggested the model “prioritize the ‘have nots.’” At the workgroup level she pressed – gently -- again:  “My hope would be we’re elevating all the counties to a set baseline.”

Oxman offered to “craft something specific, overly detailed and maybe wrong” for the work group to consider at its next still-to-be-scheduled early August meeting before sending another version to the full task force, slated for August 20.

The Task Force on the Future of Public Health Services was created by House Bill 2348 in the 2013 Legislature to study the regionalization and consolidation of public health.

Jan Johnson can be reached at [email protected].

One need only take a cursory look at the legislation, decisions and actions of our governor, Greenlick and Bates over the last 6+ years to see a clear pattern of decisions and legislation led by them to perceive a consistent and well established pattern of not only marginalizing, but excluding counties from their former roles as local authorities of public health and behavioral health services to our most vulnerable citizens. Whether you look at the initial legislation by Greenlick under HB 2348, the transition of Commission on Children and Families, the HB 3194 initiative on criminal justice reform or the transfer of public behavioral health services to the private sector (CCOs) there is a clear pattern of legislation and decisions that not only undermines, but takes clear actions to transfer all former County based functions to either regional configurations or private sector entities. Why? Aside from the fact that Kitzhaber has subtly attacked counties with a vengeance beginning with his second term in office, the State has used counties as the "whipping boys" to abdicate any responsibility for their complete lack of historic support for locally driven service delivery systems to the poor, the uninsured and those supported by human service dollars from the Feds. Patterns today on the part of the leadership (if you can call it that) of the Addictions and Mental Health Division exclude Community Mental Health Programs from all meaningful conversations with CCO behavioral health leadership. The "substance" of county meetings with AMH consists of updates of what they've done with CCO leadership in retrospect when they must make visible actions that will ultimately affect local government. Nothing more. Why? For the State to take responsibility for their failings over the last 30 years in support of community based behavioral health services would mean admitting such incompetence to the Department of Justice and earlier their lack of support as uncovered by the Olmstead Decision and subsequent litigation. Funny how once behavioral health was transferred to the private sector under the Health Transformation, the State finally began to pay attention and "found" $30,000,000 to go to mental health. Under the "Task Force on the Future of Public Health", Greenlick initially wanted all public health services regionalized, thereby diluting local government influence on a system that the State contributes less than 40% of the funding for and which in many counties is supported by county general funds constituting as much as 40% of local public health budgets. Why care? It is certainly and realistically probable that the next move that State "leadership" will make will be to transfer the local public health and mental health authorities currently in statute to CCOs/the private sector. Who knows, that may be in the best interest of our State and our most vulnerable populations. I rather doubt it. What's even more at stake for the funding of Public Health at the local level is the fact that roughly 35-50% of all local public health funding is either county general fund or grants that counties have pursued in support of their local work. The repeated direct and indirect assaults on counties leaves little choice to county commissioners to consider the path soon to be taken by Douglas County...give up local authority and, should that path be chosen, pull back in aggregate roughly $70 million dollars in local funding for these programs and put them to repairing road and law enforcement. From the viewpoint of a county commissioner, given dwindling Federal Forest dollars and under resourced criminal justice services, that's not a real hard choice...