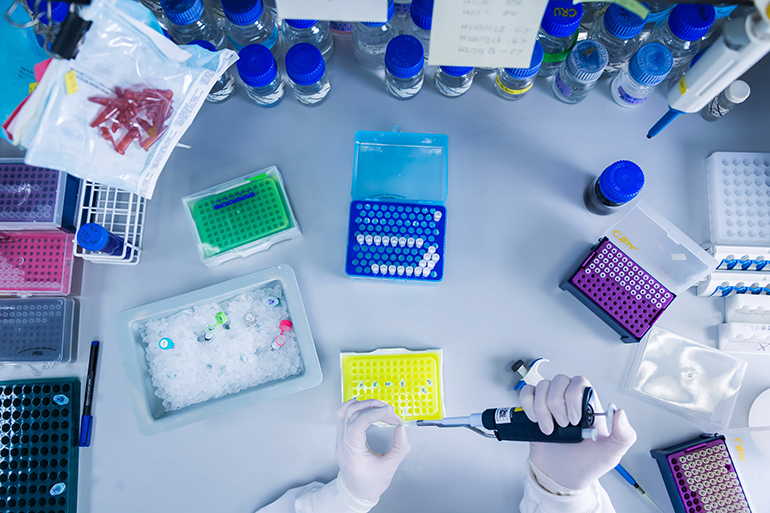 Less and less of the research presented at a prominent cancer conference is supported by the National Institutes of Health, a development that some of the country’s top scientists see as a worrisome trend.

The number of studies fully funded by the NIH at the annual meeting of the American Society of Clinical Oncology (ASCO) — the world’s largest gathering of cancer researchers — has fallen 75 percent in the past decade, from 575 papers in 2008 to 144 this year, according to the society, which meets Friday through Tuesday in Chicago.

American researchers typically dominate the meeting’s press conferences — designed to feature the most important and newsworthy research. This year, there are 14 studies led by international scientists versus 12 led by U.S.-based research teams. That’s a big shift from just five years ago, when 15 studies in the “press program” were led by Americans versus nine by international researchers.

Several of the studies on this weekend’s press program come from Europe and Canada, along with two from China.

President Donald Trump has proposed cutting the NIH budget for 2018 from $31.8 billion to $26 billion, a decline that many worry would jeopardize the fight against cancer and other diseases. Those cuts include $1 billion less for the National Cancer Institute.

On its website, the NCI notes that its purchasing power already has declined by 25 percent since 2003, because its budget — while growing — hasn’t kept up with inflation. Congress gave the NCI nearly $5.4 billion in fiscal year 2017, an increase of $174.6 million over last year. The NCI also received $300 million for the Beau Biden Cancer Moonshot through the 21st Century Cures Act in December 2016.

“America may be losing its edge in medical research,” said Dr. Otis Brawley, chief medical officer at the American Cancer Society. The brightest young scientists are having trouble finding funding for their research, leading them to look for jobs not at universities but at drug companies “or even Wall Street,” he said. “I fear we are losing a generation of young, talented biomedical scientists.”

Some see America’s leading role in science as a point of national pride.

“Do we want the U.S. to remain at the center of biomedical innovation, or do we want to cede that to China or other countries?” said Dr. Stephan Grupp, director of the Cancer Immunotherapy Frontier Program at the Children’s Hospital of Philadelphia. “If you don’t push to stay in front, you don’t stay in front.”

But more than pride is at stake.

While drug companies fund studies that help them get their medications approved, they tend not to pay for studies that focus on cancer prevention, screening or quality of life, Schilsky said. The NIH also funds head-to-head comparisons of cancer drugs, which allow patients and doctors to select the most effective treatments.

“If the NIH-funded studies continue to decline, we simply won’t get the answers that patients are looking for,” Schilsky said.

To help make up the deficit, the American Cancer Society will double its research budget to $240 million by 2021, Brawley said.

But Grupp notes that charities and the drug industry are often reluctant to cover the indirect costs of research, such as labs. Without steady, predictable support from government grants, Grupp said he wouldn’t “have a building to do my research in or a way to keep the lights on.”