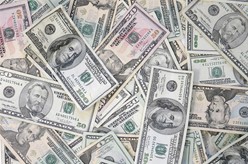 Gov. Kate Brown suggested Friday that she would consider rolling back a rule that prevents the state from double paying for state employees in the same family who are eligible for health coverage on their spouses’ plans.

Signed into law by Gov. Kate Brown in August, 2017, the rule lays out a number of cost-saving measures including ones affecting public employees and school workers who are covered under the Public Employees Benefit Board and the Oregon Educators Benefit Board.

The bill paved the way for the boards to be combined and eliminated the possibility for employees to double enroll in health plans sponsored by them.

That means that employees enrolled in one plan cannot enroll in another as a dependent through their spouse or partner.

The bill also limits hospital reimbursements for non-primary care to 200 percent of the rates set by Medicare for coverage under the board plans. Rising hospital costs has been a big driver in soaring health-care expenses, making it difficult for the state to cap spending at 3.4 percent.

Legislative documents estimated that the changes to public insurance coverage would save the state more than $270 million in the 2019-2021 budget and more than $325 million during future two-year budget cycles.

But at a press conference Friday, Brown said that after meeting with public employees, she may consider undoing the rule due to the “hardship” she said it imposes on families who work for the state.

“I certainly would come to the table on that,” Brown said. “I’d want to take a look at that.”

The rules preventing dual enrollment are due to take effect this year. If they get reversed, that could add more than $270 million to the anticipated $623 million budget shortfall that state finance officials predicted for next year, former Republican Rep. Julie Parrish said. ing

“When you talk about a budget hole for Medicaid, the couple hundred million dollars goes a long way,” Parrish said. “It’s a ton of money, and the reality is it’s not doing anything in anyone’s best interest.”

“For them to roll that back is counterproductive to trying to bend the cost curve on the public employee side,” Hayden said. “Why would you pay twice for the same product?”

Brown acknowledged the financial benefit of keeping the new rule.

To the extent that Oregon reasonably regulates health insurance, if mployees do not benefit much, and instead insurers do, premiums would decrease. If double coverage benefits insurers quite a bit and does not help employees a lot more, that suggests DCBS is not doing a very good job at appropriately limiting premiums.