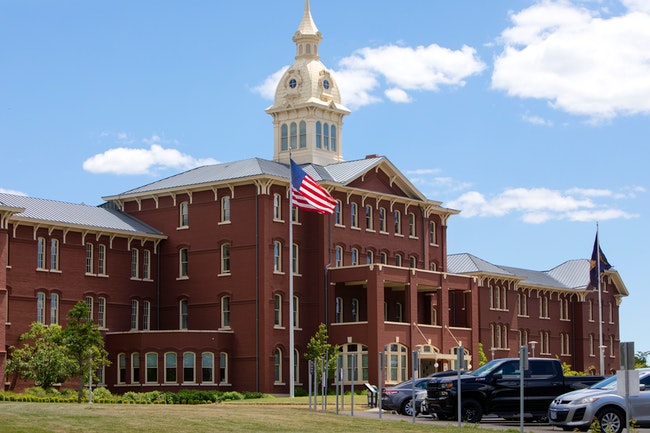 An Oregon State Hospital maintenance worker is suing the Salem mental health facility, saying employees there bullied, harassed and discriminated against him after he disclosed he is gay. After he complained, he said, he was assigned to clean bathrooms.

Brett Goodman is suing the hospital, the Oregon Health Authority, which oversees the hospital, and five hospital employees alleging they deprived him of his rights under the state and federal constitutions. He seeks unspecified damages.

The lawsuit was filed in U.S. District Court in Eugene late last month. The defendants in the case have not yet filed responses.

The hospital won’t comment on the case, a hospital spokeswoman said. The five employees could not be reached for comment.

Goodman was hired by the hospital in February 2016 as a custodian, and in 2019 he was transferred to working as a laborer, helping journey-level trades workers, according to the lawsuit. In 2020, his work was expanded to include medical equipment maintenance, the lawsuit said.

In early 2020, Goodman told a co-worker, Robert Peterson, that he was gay, according to court records. Peterson, the Service Employees International Union representative for Goodman, “seemed shocked” by the disclosure, the lawsuit alleged.

Soon after that, Peterson “started physically assaulting (Goodman)” and “began referring to (him) as a ‘pussy,’” the lawsuit said. The alleged assaults included slapping Goodman on the back of the head, punching, shoving and kicking him, tackling him to the ground and knocking coffee out of his hand. The assaults were witnessed by other workers, the lawsuit said.

Peterson also allegedly directed a painter to paint Goodman’s locker pink and sprinkle it with glitter. The lawsuit filing includes photos of the pink locker. The other lockers are all white.

Peterson had the hospital provide Goodman with a pink iPhone, the lawsuit said. The lawsuit includes a photo of the pink phone and states that other workers were issued black phones.

On Feb. 12, 2021, Goodman complained to the human resources department, and he later filed complaints with Oregon Bureau of Labor and Industries and law enforcement agencies, as well as a tort claim notice with the state and a grievance with his union.

During this time, hospital managers halted Goodman’s work doing maintenance on medical equipment and told him that his assignments “were to clean bathrooms, empty trash, mop and sweep the facilities building … during the last hour of” his daily shift, as well as escort contractors at the facility.

In April, Goodman found that one of his work desks had been flipped over, and the other one emptied with all its contents placed on top of it, the lawsuit said.

In August, Goodman sought and was granted a “voluntary demotion” from his job at the time. The lawsuit said he sought this “due to the intimidation, discrimination, hostility and retaliation” he had endured.

The lawsuit said Goodman had a free-speech right to come out as a gay person to Peterson and that the retaliations against Goodman were unlawful.

Allegations of discrimination and harrassment at Oregon state agencies have drawn increasing scrutinty. Last year, the Oregon Secretary of State’s Office conducted an audit that found that the Department of Administrative Services, state government’s central human resources clearinghouse, fails to provide enough oversight of workplace discrimination and harassment investigations and does not track or analyze allegation or investigation data. Auditors reported that “agencies are inconsistent in how they conduct investigations, with differing timelines, procedures, and documentation standards.” The audit suggested the department could “use investigation data to assess whether allegations are handled appropriately and to identify other potential root causes, statewide trends, and risks that require proactive mitigation.”

Sep 16 2021
News source:
The Lund Report
Keywords:
oregon state hosptial, lawsuit, discrimination, brett goodman
×
This article is for premium subscribers. If you are one, please sign in below.
You can see two more premium stories for free. To subscribe, click here. We depend on premium subscriptions to survive, and they are tax deductible.
Sign InGo Premium Not now