The foundation's mission is to advocate for a more holistic approach to treating mental illness
By:
Amanda Waldroupe 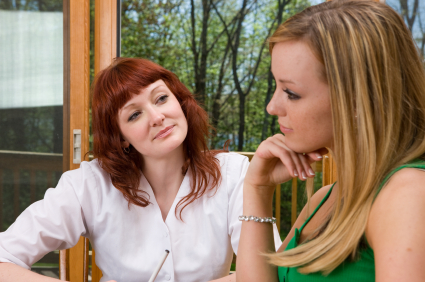 February 6, 2012—The Foundation for Excellence in Mental Healthcare and its executive director Gina Nikkel are off to a running start, funding its first projects that Nikkel hopes will begin creating a more holistic understanding and way of treating mental illness.

Nikkel, who was previously executive director of the Association of Oregon County Mental Health Programs, has been participating frequently in international calls, and has racked up 4,000 minutes of phone calls in one month. “That’s two solid weeks of being on the phone,” she said.

The foundation was created in August 2011 after the publication of Anatomy of an Epidemic, by journalist and author Robert Whitaker. The book questioned why the number of people with mental illness has more than tripled in the past 20 years. Doing a literature review of multiple studies investigating the effectiveness of psychiatric drugs, Whitaker found that psychiatric drugs had little long-term benefit. The result is that people are kept on psychiatric drugs for as long as the rest of their lives, permanently impacting their ability to live independently or work, and find themselves on disability.

Since the foundation got under way last fall, a 12-member board of directors has been organized and a symposium hosted on child psychiatry. Approximately $2 million has been raised for its general fund, according to Nikkel, some of which comes from three “major” donations. “It is going really well,” she said.

The foundation has received $12 million of funding proposals, and has given approximately $350,000 to four projects—a program involving early psychosis in Massachusetts; funding a national media campaign highlighting people with mental illness who are in recovery; funding the translation of four American-made documentaries about mental illness into different languages, and funding university professors to create “guideline papers,” or non-biased research that can inform treatment protocols, about psychiatric medication and treating schizophrenia.

On that front, Nikkel said the foundation is currently “talking with several universities to find the best and most well-known scientists.”

Nikkel hopes that each of these projects “extend the reach to people [with mental illness] and give them hope, and that there are alternatives to hospitalization and medication as the first line of defense. We’re interested in people having hope.”

In the months ahead, Nikkel’s primary task is to continue raising funds. “A lot of people...still look at mental illness as something that is a disease that a pill can cure. Mental illness is much more complicated than disease model view,” she said. “We’re getting a lot of response that people want to do things differently.”

Although the majority of her time is focused on building a new foundation, Nikkel is still paying attention to the efforts under way to overhaul the Oregon Health Plan’s delivery system. “I’m cautiously optimistic” that coordinated care organizations CCOs, which will integrate and coordinate physical, mental and dental care for people on the Oregon Health Plan, will be successful, Nikkel said. “I’m hoping that mental health and addiction care won’t be left behind. It has that potential because mental health is the easiest to cut.”

At the same time, she believes CCOs have the potential to drastically improve healthcare, even to the point that some programs and projects might fit the Foundation for Excellence in Mental Healthcare’s criteria for grant funding.