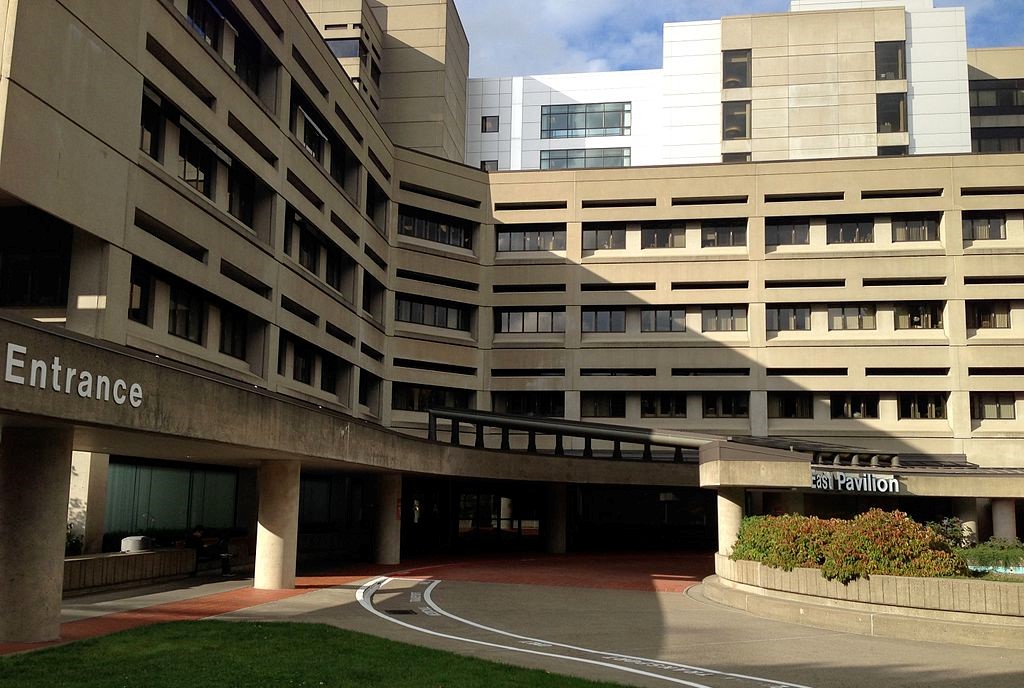 The plaintiff worked as a surgical technologist at Providence St. Vincent Medical Center in Southwest Portland.

Providence, headquartered in Renton, Washington, operates eight hospitals in Oregon where it employs more than 17,000 people.

Providence did not respond to a request for comment by press time.

The most recent lawsuit was filed by Richard Horn, of Vancouver, who alleged he faced discrimination and a hostile work environment over his age and military veteran’s status while serving as a security guard at Providence’s hospitals in Portland and Oregon City.

Horn, who was honorably discharged from the Marines in 2008 and was diagnosed with PTSD, was subjected to disparaging remarks from coworkers and supervisors because of his military background, according to his complaint, filed Sept. 23 in U.S District Court in Portland.

The lawsuit alleges a supervisor called Horn a “dumb Marine” and remarked that “you might be a thumper and not a thinker, because of what you used to do.” A coworker told him “military guys don’t last long around here,” according to the lawsuit.

The lawsuit alleges that a clique of younger, non-veteran security officers attempted to make Horn, who is over 40, appear incompetent. Those efforts made Horn the target of frequent complaints from his coworkers, including 12 in one day. Horn was subject to heightened scrutiny and faced complaints about multiple minor issues, such as not knowing where the lost and found was.

Complaints also included false allegations of not responding to calls and not properly putting a patient in restraints, according to the lawsuit, which also alleged staff circulated false rumors of Horn selling steroids.

Despite a human resource manager finding that Horn had been “bullied” and “harassed,” the lawsuit said things got worse.

In October 2019, Horn was left alone with a potentially violent patient in violation of protocol, according to the lawsuit. He sustained a serious shoulder injury when the patient became violent, and he was later told not to file a worker's compensation claim. After filing the claim, he was subject to higher workplace scrutiny and fired in February, according to the suit.

He’s represented by Erik Gunderson, who didn’t respond to a call seeking comment. The lawsuit seeks an unspecified amount in damages.

Another lawsuit against the health care system was brought by Eva Santos, a registered nurse who worked in Providence’s acute dialysis unit (the complaint did not specify which hospital). She alleges her former employer violated Oregon employment law by not accommodating her multiple sclerosis.

After being diagnosed with the illness in 2007, Santos was given a shortened nine-hour shift to accommodate the pain and fatigue she suffered, according to her lawsuit, filed Sept. 17 in Multnomah County Circuit Court.

The lawsuit said that as part of the accommodation, she worked exclusively day shifts because her medications made her groggy at night. She worked most Sundays, which helped staffing levels and she was praised by doctors and patients.

But in 2019, a new supervisor required Santos to start working varying hours, the lawsuit said. When Santos asked to return to her accommodations, she was told to change her medications, according to the lawsuit.

“Having struggled for nearly two decades with chronic pain and fatigue, and having fought through that pain and fatigue to provide outstanding performance in an extremely demanding job, both physically and mentally, (Providence’s) suggestion that she change her medical treatment was not well received,” the lawsuit said. “(Santos) felt attacked and harassed.”

Santos was placed on leave and terminated in February, the lawsuit said. Management offered the contradictory reason that the dialysis unit was understaffed, it said. Santos has been unsuccessful in finding work with her medical limitations, according to the lawsuit.

She is represented by John Ostrander, who declined to comment, and is seeking between $50,000 to $999,999 in compensation.

The third lawsuit was filed by Chantelle Watson, a Black woman who alleges she faced discrimination because of her race and mental illness while working in food service at Providence St. Vincent Medical Center in Beaverton from February 2018 to January 2020. Her complaint was filed in Sept. 15 in U.S District Court in Portland.

Several incidents involved her supervisors telling her not to wear a brooch, a decorative jewelry item attached to garments. Her supervisor called it “akin to advertising for Nike or Adidas,” even though another employee regularly wore shirts with Nike’s insignia, according to the lawsuit. She claims she was told to stop wearing the brooch for shifting reasons, despite other employees violating Providence’s dress policy.

Watson also alleges she was physically assaulted by a white coworker who was not disciplined. Additionally, Waton’s supervisor made comments about her “big hair” and argued with her over complaints from customers about her “tone,” according to the lawsuit.

Watson discussed her bipolar disorder and anxiety with her supervisor. But Providence made no effort to find an accommodation to her disability and was instructed to train new employees, triggering her anxiety, the lawsuit said. In an incident described in the lawsuit, Watson was improperly sent home after suffering an anxiety attack from a customer yelling at her.

Watson was passed up for a benefited position that was promised to her while white women who had been there less time were given benefits, according to the lawsuit. After complaining to human resources in January 2019, Watson saw her weekly hours drop from as much as 40 to 16.

In August 2019, Watson took leave under the Family Medical Leave Act for a serious health condition. As she prepared to return in January, she was instead terminated, the lawsuit said.

The lawsuit alleges Providence violated the Civil Rights Act of 1964, the Americans with Disabilities Act, the Family Medical Leave Act and Oregon civil rights laws. Watson is seeking compensation that’ll be determined at trial. She is represented by the Oregon Law Center, which did not respond to a request seeking comment.

In 2020, the eight-state Providence system had an operating loss of $306 million on operating revenues of $26 billion, but had a bottom-line profit of $740 million after taking into account returns on its investment portfolio and other non-operating revenues.

You can find Jake Thomas at @jakethomas2009 on Twitter.

Sep 29 2021
News source:
The Lund Report
Keywords:
providence, lawsuit, discrimination, PTSD, disability
×
This article is for premium subscribers. If you are one, please sign in below.
You can see two more premium stories for free. To subscribe, click here. We depend on premium subscriptions to survive, and they are tax deductible.
Sign InGo Premium Not now