By:
Gary A. Warner of Oregon Capital Bureau 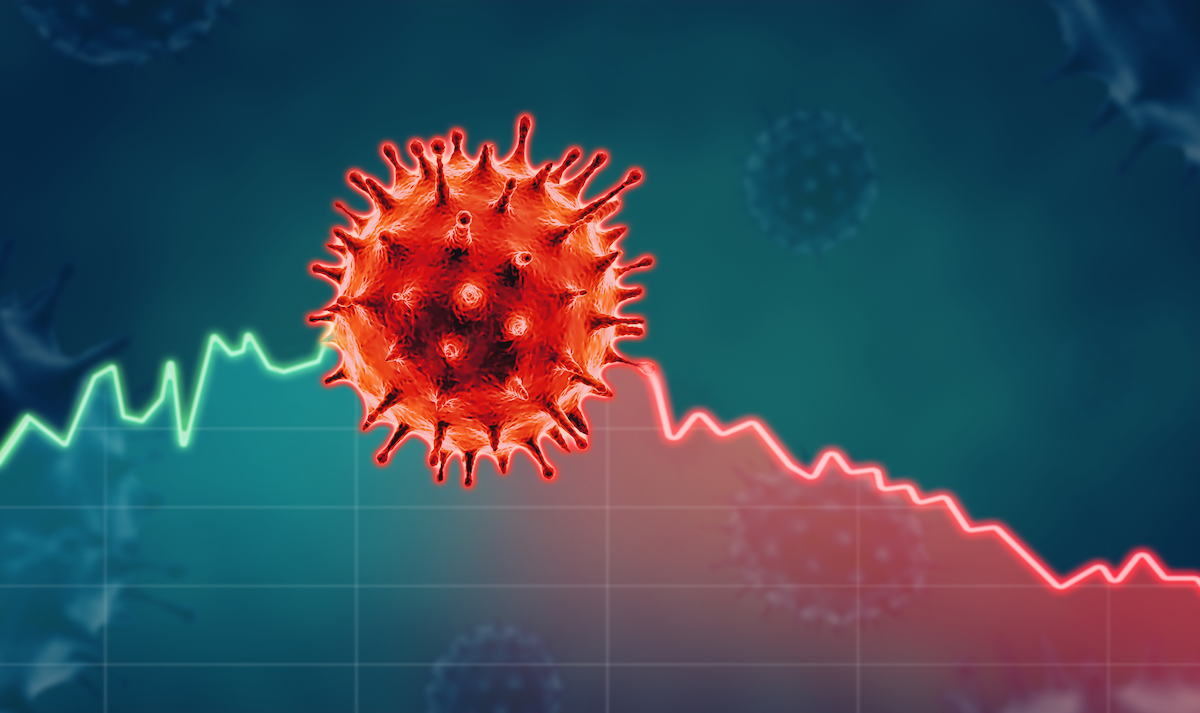 A recovery from the record-breaking spike in COVID-19 cases has been pushed from Halloween to Christmas, according to an Oregon Health & Science University forecast released Thursday, Sept. 30.

Longer hospital stays for those with severe infections from the delta variant and signs of public weariness with pandemic safeguards have delayed the expected pace of a rebound. The premature dropping of mask-wearing and limits on socializing, along with a return to tepid rates of vaccination, could slow the rebound further.

'We're in a moment right now where we're going to see what happens as fatigue sets in," said Peter Graven, Ph.D., lead data scientist on the OHSU forecast.

In mid-August, OHSU accurately predicted that a sharply rising spike in cases from 200 hospitalizations per day in early July would top-out at nearly 1,200 by early September. But the forecast that the numbers would drop at roughly the same rate as they rose proved overly optimistic.

The earlier forecast showed daily COVID-19 hospitalizations dipping below 200 by the end of October. The data at the time showed the numbers falling under 100 by the time the holiday season kicked-off with Thanksgiving at the end of November. In the Sept. 30 forecast, pre-spike hospitalization levels won't be reached until the last half of December. Case levels will remain elevated throughout the holiday season, with 600 hospitalizations per day forecast on Nov. 1. Rates below 50 cases per day wouldn't be realized until mid-March 2022.

OHSU researchers underline that each forecast is just that — a model based on data. Each week's forecast includes a graph overlaying prior forecasts. Graven said the model was at a "tipping point" driven by both the resilience of the virus and weariness of the population. Oregon is wobbling in a "fright and fatigue" cycle in the pandemic.

When the delta variant skyrocketed in July, many parts of the state returned to masking and limiting contacts. The slow growth in immunization rates started to increase in July and August, even in counties where vaccine hesitancy or resistance was widespread.

OHSU said that "breakthrough" cases of infection in people who had been vaccinated has risen to 20% of new cases. But the worst outcomes have remained steady, with stark differences for the vaccinated and those who are not. OHSU said unvaccinated people accounted for 95.5% of severe cases and more than 99% of deaths.

Those numbers hold up as September's 498 COVID-19 deaths statewide make it the second most deadly month in the 19-month pandemic. While hospitalizations have taken a steep dive, it is from the highest point in the COVID-19 crisis. If this forecast holds up, it will take over a month just to get below the peak of the 584 hospitalizations a day during last winter's surge.

OHSU's newest forecast pointed to some troubling areas. Estimated mask usage dropped from 84% to 81%. Based on an analysis of social media traffic, people are becoming more active and getting together in larger groups. With the colder weather starting to take hold, researchers worry that will drive activity indoors, where the virus can spread more rapidly.

Vaccinations have also slowed their pace of growth. A quarter of all adult Oregonians — just under 1 million people — remain unvaccinated more than nine months after COVID-19 vaccines first became available.

The statewide impact of the Pendleton Round-Up outbreak that began last month is still not completely known, state officials said this week. While many of the Eastern Oregon counties have low populations, they can be a harbinger of new statewide spikes because of the large percentage of unvaccinated residents.

That's what happened with the WhiskeyFest outbreak in July.

With infection rates at a low point in early summer and the statewide adult vaccination level near 70%, Gov. Kate Brown on June 30 lifted most restrictions on businesses and events across the state. The move came despite wildly different levels of vaccination and infection among the 32 counties at a time when the highly contagious delta variant had swept across the country and into Oregon.

The WhiskeyFest, an outdoor country music event on July 16, attracted up to 12,000 people to Umatilla County. The county's vaccination rate was under 50% at the time (it's now 51.5%). An outbreak of cases after the WhiskeyFest swamped hospitals in Eastern Oregon and spread to the rest of the state.

Each rise in infections targets the most vulnerable, those who have neither vaccination or exposure. OSHU puts out an "Immunity Index," which combines the number of people vaccinated, exposed to the virus, or both. Some level of immunity occurs when a person is infected with COVID-19 and is asymptomatic, has more mild symptoms or has severe illness but survives. Of the 4.24 million Oregonians of all ages OHSU currently estimates that 44% of the population is vaccinated, 23% have been infected at some point, and 11% have been vaccinated and infected. That leaves 23% of the population as unvaccinated and uninfected. These "susceptible" residents are the ones that the delta variant will continue to hit the hardest.

You can reach Gary A. Warner at [email protected].

Oct 5 2021
News source:
Oregon Capital Bureau
Keywords:
ohsu, covid forecast
×
This article is for premium subscribers. If you are one, please sign in below.
You can see two more premium stories for free. To subscribe, click here. We depend on premium subscriptions to survive, and they are tax deductible.
Sign InGo Premium Not now