Flu Season Ramps Up in Oregon 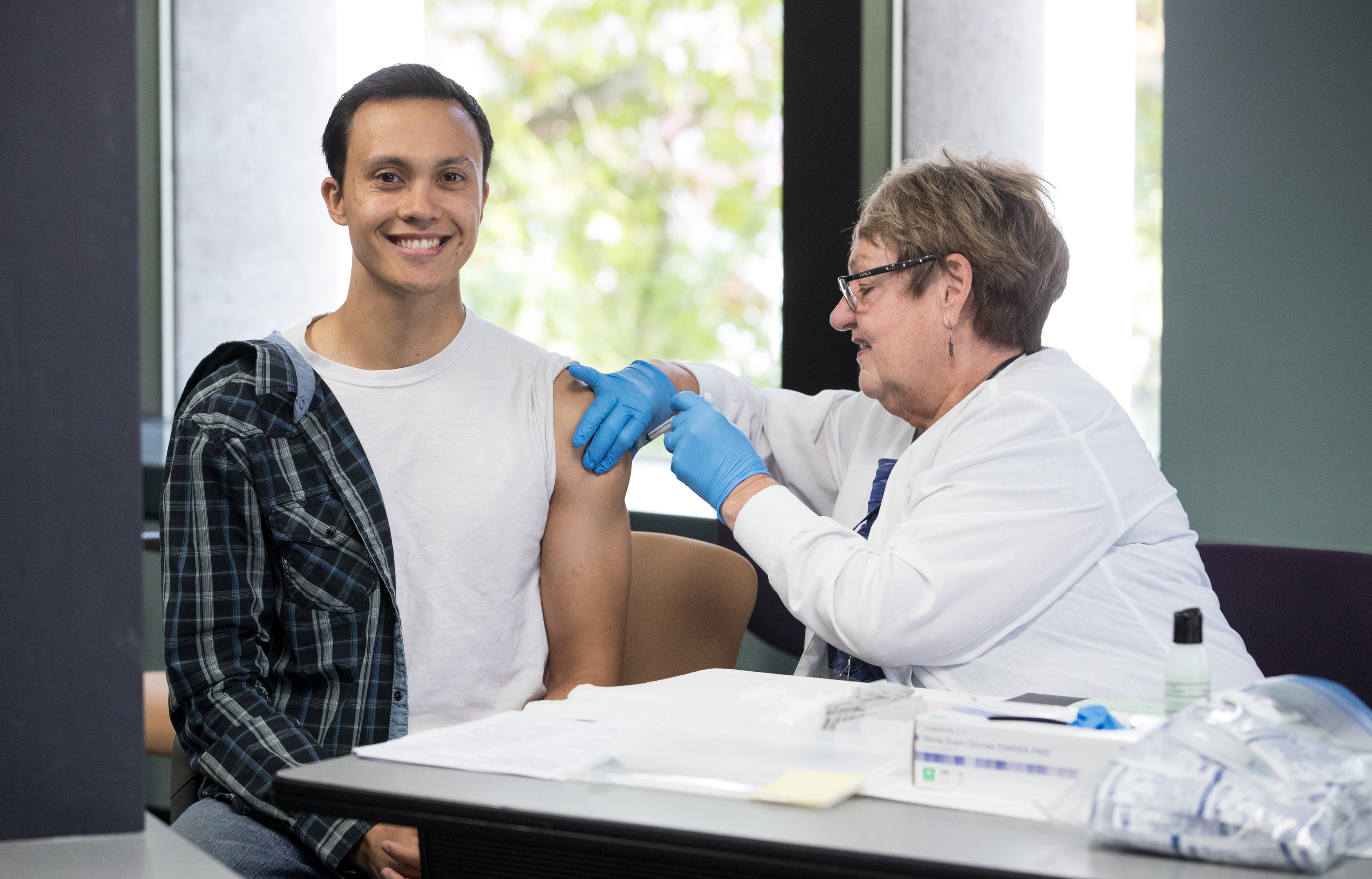 Multnomah County officials urge everyone to get a flu shot.

The flu season has caught with the Willamette Valley, with an increase in cases from Southern Oregon to Salem to the Portland area in recent weeks.

The rise started in the south in early December, then moved northward, hitting the metro area at the start of the new year. The number of hospitalizations has risen as well, prompting Portland area hospitals to adopt visitor restrictions starting Wednesday.

At Providence Health & Services, visitor restrictions will be in place at all medical centers and clinics:

To prevent the spread of flu, health officials say you should wash your hands thoroughly for 20 seconds with warm soapy water; cover your cough with your elbow or a tissue and stay home if you are sick. Symptoms include fever, cough and fatigue. Anyone with emergency warning signs, such as difficulty breathing, blue lips, serious dehydration or sudden dizziness, should go to the emergency room or call 9-1-1.

And if you haven’t had a flu shot, get one.

“Flu takes several weeks to hit a peak and then a couple of months to be over, so now is a great time to get your flu shot,” said Dr. Paul Lewis, health officer for the tri-county area. “The flu shot could save your life. It could save the life of someone in your family, and it could keep you from having a miserable week recovering in bed.”

People 65 and older are advised to get a high dose shot that’s designed for seniors, who tend to have weakened immune systems. A study published last year by the Oregon Public Health Division showed that seniors who got the higher dose were 30 percent less likely to be hospitalized with the flu. The shot is four times as potent as the regular shot.

Even the regular flu shot can prevent more severe symptoms. Every year the virus cases thousands of deaths in the United States. Last year was particularly deadly: The virus killed 80,000 nationwide, the highest death toll from the flu in four decades, according to The Associated Press.

Last year, the type A H3N2 strain was circulating, which often strikes the elderly and was likely the cause of the high death rates, Thomas said.

In Oregon, more than 1,560 people were hospitalized with the flu last season and three children died, state data show.

Influenza type A H1N1 is the most prevalent strain circulating in the Portland area this year, Thomas said. That’s the same strain that caused the 2009 pandemic, which killed up to 575,000 people worldwide, according to the Centers for Disease Control and Prevention.

"Although the elderly are less often affected by the 2009 H1N1 strain, if they do catch it they are always at high risk for complications such as hospitalizations and death, so we still recommend everyone to get a flu shot regardless of the circulating strain," Thomas wrote in an email.