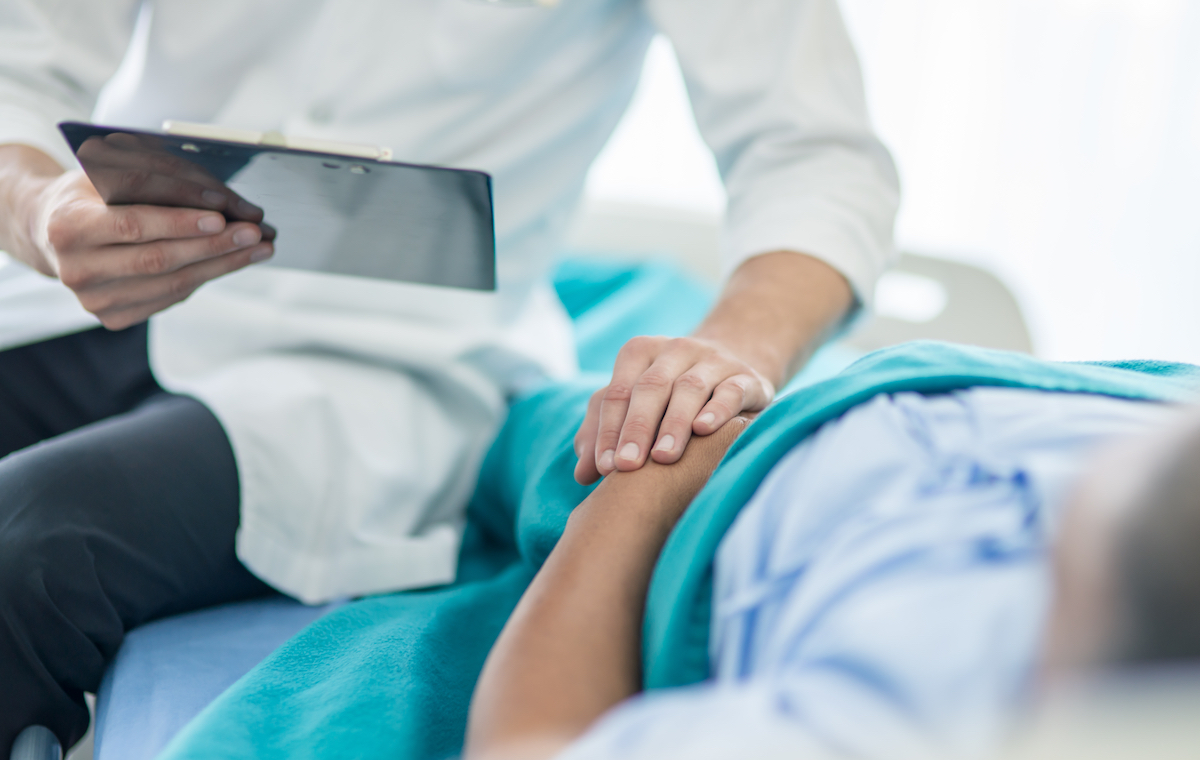 In May 2021, after being told she had a potentially aggressive form of breast cancer, Karissa Bonney underwent a nine-month chemotherapy regimen that caused nausea, kidney injury and so much weight loss that her prosthetic legs no longer fit, according to a recent lawsuit — forcing her to use a wheelchair for a year.

However, the debilitating treatment was unnecessary, caused by faulty testing by a prominent Salem laboratory, Pacific Pathology Associates, the lawsuit states.

Bonney is one of six Oregon women to sue the testing firm in recent weeks for alleged medical negligence, all saying they were falsely told they had HER2 positive breast cancer due to the lab’s work. That misdiagnosis led to unnecessary chemotherapy that lasted for as long as nearly two years, according to the lawsuits, which were filed in Multnomah Circuit Court.

Another of the women unnecessarily underwent a total abdominal hysterectomy as a result of her false HER2 positive diagnosis, one of the lawsuits claimed.

Overtreatment, misdiagnosis and overdiagnosis of breast cancer have been much-debated topics in medical journals, with researchers differing on questions such as the frequency of mammograms. Some cancerous cells are considered slow-growing, with physicians recommending they be closely monitored rather than treated.

The lawsuits claim flawed analysis of biopsies by Pacific Pathology led to the unnecessary treatment. The suits name the company as well as the pathologist working for it, Dr. Daryl Vogel, who they claim sent reports that incorrectly stated the women had HER2-positive breast cancer.

Vogel declined to discuss the allegations with The Lund Report when reached by phone. Pacific Pathology did not respond to requests for comment, nor did its parent company, Sonic Healthcare USA, a subsidiary of a multinational laboratory services company based in Australia.

The spokesperson added, “Salem Health was deeply concerned to learn that pathology reports for some patients in the community were incorrectly interpreted. Pacific Pathology Associates is not owned or operated by Salem Health Hospitals and Clinics (SHHC), but is an independent medical practice which contracts with multiple physician groups and hospitals, including SHHC, to process, examine, and interpret biopsies of human tissue used to help diagnose illness and guide treatment … While Salem Health was not responsible for this medical error, we have been communicating with Pacific Pathology Associates to improve its quality program.”

The lawsuits seek a combined $35.4 million in compensation from Vogel and Pacific Pathology Associates.

The allegedly incorrect test reports listed in the suits occurred between November 2019 and June 2021. Not until January 2022 did the women start getting notified of their misdiagnoses, according to the suits.

It’s not clear how widespread the allegedly flawed testing was and whether more lawsuits are on the way. On a web page devoted to the litigation, the Portland law firm representing the six women, Paulson Coletti Trial Attorneys PC, writes that “numerous” women were misdiagnosed, and “it is our belief that other women have likely been wrongly diagnosed and received unnecessary chemotherapy and Herceptin as a result of the mistakes.”

The website claims that the lab overstained the breast biopsy samples during analysis, leading to false findings. It states that “many of the patients were cancer patients of Salem Health or Oregon Oncology Specialists.”

A spokesperson for Oregon Oncology Specialists, a firm owned by former gubernatorial candidate Dr. Bud Pierce, declined to immediately comment other than to say the firm “remains committed to working diligently to serve their patients and their families.”

Pierce declined to comment to The Lund Report, saying in an email he was on vacation.

Chemotherapy can feel ‘worse than what it is trying to treat”

HER2 is a protein that promotes cancer cell growth. Chemotherapy, often used to slow the advance of HER2 positive breast cancer, is notoriously debilitating.

“In some cases (the breast cancer treatment) can be worse than what it is trying to treat,” said Carrie Williams, a match specialist with After Breast Cancer Diagnosis, a group that connects women diagnosed with breast cancer with mentors and other support.

Williams, who was treated for invasive ductal carcinoma breast cancer, told The Lund Report that chemotherapy treatment can leave patients sick with what feels like a “very severe flu” after each treatment. They can have veins collapse or lose too much weight to continue treatment. She said chemotherapy treatments left her with pain in her bones, and her scalp hurt as her hair fell out.

Younger patients with jobs and families might see their lives particularly disrupted by chemotherapy, she added.

The women who filed the lawsuits ranged in age from 32 to 89, according to public records searches by The Lund Report.

The lawsuits describe how the women suffered from depression and fear over their breast cancer diagnoses, as well as nausea, physical pain, neuropathy and heightened risk of heart disease from undergoing chemotherapy.

Other alleged effects include vomiting, dehydration, severe muscle and joint pain, loss of fertility and libido.

For Bonney, who filed her suit on Nov. 29, the side effects from her chemotherapy caused memory loss, difficulties concentrating, diminished dexterity, changes in her sense of taste and smell, in addition to having to take anticonvulsant medications Gabapentin and Neurontin for pain, the lawsuit states, adding that a kidney injury caused by the treatment required an emergency stent.

According to the Sidney Kimmel Comprehensive Cancer Center at Johns Hopkins University, a second opinion can be useful for patients diagnosed with breast cancer because there are multiple treatments available and doctors may differ in their approaches. The website states that a second opinion can provide patients with additional information on treatment options and confidence in their care.

Pacific Pathology was founded in 1985, according to Oregon Secretary of State business filings.

Aurora Diagnostics, a Florida-based medical services company, acquired Pacific Pathology in 2016. A press release at the time described the firm as providing “technical pathology services to five hospitals and more than 225 physicians’ offices in 17 cities in the Willamette Valley area.”

Sonic Healthcare purchased Aurora Diagnostics in 2018 from private equity owners Summit Partners and KRG Capital for $540 million, according to the Australian Financial Review.

A page on the Aurora website describes Vogel as a distinguished researcher who obtained his medical degree and Ph.D in pathology from the University of Washington.

Vogel earned his medical degree in 1988 and his medical license status is currently “emeritus,” a designation allowing volunteer work, according to the Oregon Medical Board website. It indicates that Vogel’s license expires on Dec.31, 2022, and after that its status is “surrendered.” According to the board website, surrendering a license “may be non-disciplinary or may be in lieu of disciplinary action.” The board’s website does not list any malpractice claims or other actions against Vogel.

Dec 22 2022
News source:
The Lund Report
Keywords:
breast cancer
×
This article is for premium subscribers. If you are one, please sign in below.
You can see two more premium stories for free. To subscribe, click here. We depend on premium subscriptions to survive, and they are tax deductible.
Sign InGo Premium Not now