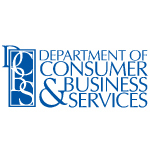 Salem - The Oregon Insurance Division today released final decisions for 2016 individual and small employer health insurance rates. The rates, which apply to about 10 percent of Oregonians, are for plans for businesses with fewer than 50 employees and individuals who buy their own coverage rather than getting it through an employer. The division, part of the Oregon Department of Consumer and Business Services (DCBS), must approve any rates before they can be charged to policyholders.

Health insurance rates are an estimate of future expenses, including medical and prescription drug claims costs and administrative expenses. These estimates are based on historical data and forecasts of future trends. The division must approve rates that are "actuarially sound," meaning they adequately cover costs without being too high, too low, or unfairly discriminatory. After reviewing claims and cost information from 2014, division actuaries determined that the cost of providing coverage for individual plans in Oregon was $830 million, while premiums were only $703 million. This means costs exceeded rates by $127 million, or an average of $624 per person. This newly available data drove the division's decisions for 2016 rates.

"Our ultimate responsibility to Oregon consumers is to ensure that rates cover the cost of health care," said Insurance Commissioner Laura Cali. "Our final rate decisions reflect our commitment to ensuring that Oregonians can count on the coverage they purchase."

In the small group market, the division's final rate decisions range from an average rate decrease of 7.6 percent to an average rate increase of 15 percent. Silver Standard Plan premiums for a 40-year-old in Portland would range from $275 to $356 a month.

"We share the concerns expressed through public comment about the affordability of health insurance in Oregon, and these final rates were approved in order to protect consumers from extreme rate increases in the future. Inadequate rates could also result in companies going out of business in the middle of the plan year, or being unable to pay claims," said Commissioner Cali. "It's important to remember that most Oregonians who purchase their insurance through the marketplace will be eligible for premium tax credits to help offset the cost of insurance."

In plan year 2015, 78 percent of Oregonians enrolled through healthcare.gov received an average premium tax credit of $199 per member per month. Of those enrolled through the marketplace, 47 percent also received additional assistance through cost-sharing reductions, which reduces deductibles and co-pays when seeking medical care.

Final rates, a summary of the state of the individual and small group markets, and the final decision information for each carrier can be found atwww.oregonhealthrates.org. Statewide premium comparison tables for ages 21, 40, and 60 will be posted online in late July.

DCBS Director Patrick Allen and Commissioner Cali will be presenting an update on the 2016 Health Insurance Rate Review process this afternoon, July 1, to the House and Senate Health Care committees.

The Insurance Division is part of the Department of Consumer and Business Services, Oregon's largest business regulatory and consumer protection agency. Visitwww.dcbs.oregon.gov and www.insurance.oregon.gov.