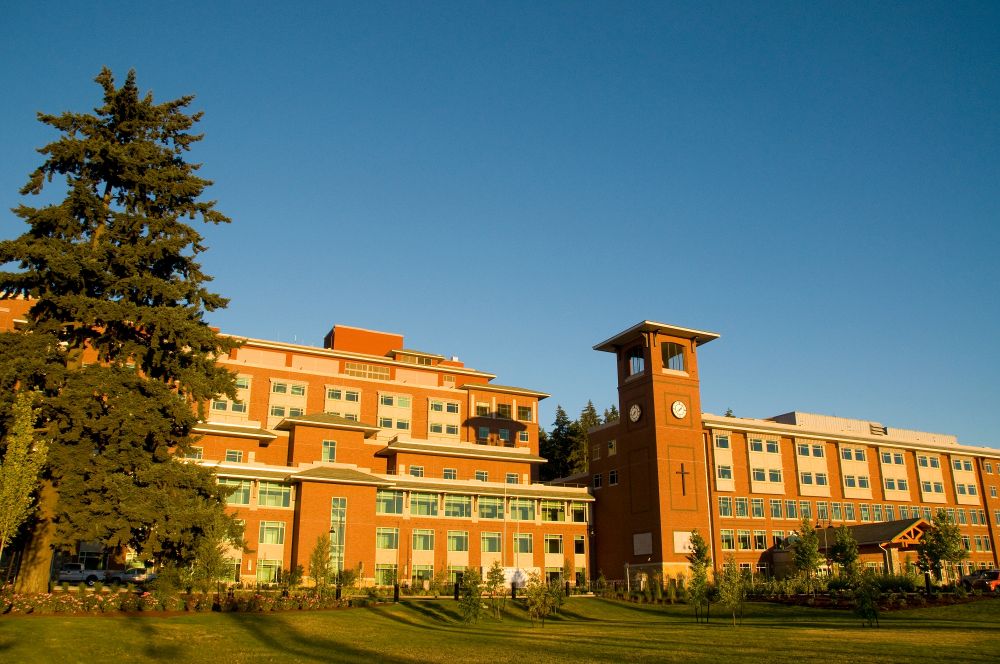 Advocates battling PeaceHealth’s looming closure of its standalone Nurse Midwifery Birth Center in Springfield are not giving up.

They’ve vented again, this time at the Lane County Board of Commissioners meeting on July 23. During the public comment period, advocates accused PeaceHealth of “greed,” “stonewalling,” “betrayal of the public trust,” “skullduggery,” and “thumbing their nose” at “thousands of people” affected by the closure set for the end of this month.

Aside from epithets, advocates over the past several months have used just about every textbook method to pressure PeaceHealth: lobbying the elected commissioners (who have no legal authority over PeaceHealth); holding rallies; unveiling a letter lauding the value of midwifery signed by 26 Lane County doctors and other local health care professionals; unveiling another letter signed by 65 community members who said they donated money to PeaceHealth 12 years ago specifically to build the center and who want their money back if it is closed; printing T-shirts with “I (heart) the birth center,” and posting yard signs.

The center’s 23 midwives, nurses and other staff are set to lose their jobs at the end of the month.

The core of the debate is relatively simple: Fans of midwifery say the metro area’s parents merit a standalone midwife-run facility as an alternative to hospital births. But PeaceHealth says it doesn’t want to continue absorbing the center’s roughly $1 million per year in losses. And no one else has stepped forward to fund and manage a midwife-centered facility.

And besides, according to PeaceHealth, midwife-managed births will continue to be offered at PeaceHealth’s main RiverBend hospital, about a mile from the birth center.

“We need to have (a standalone midwife-run birth center) in our community,” said Eugene resident Katharine Gallagher, an organizer of the protests against the closure. “PeaceHealth appears unwilling to continue as a stakeholder.”

“There are women in the community who do not want to be in a hospital” when they give birth, Gallagher said.

The midwifery center offers a wealth of midwife-provided services for moms, from prenatal care to birthing, lactation help, follow-up visits and peer support, Gallagher said. Those services become “fragmented” in a hospital environment, where midwives cede control to obstetricians, she said. That can lead to a rise in Cesarean-section births, she said.

PeaceHealth offers a different view. The great majority of births overseen by midwives already take place at RiverBend hospital rather than at the birth center, PeaceHealth has said. In 2018, there were 311 births overseen by midwives at the RiverBend hospital, compared with the 59 at the Birth Center, the hospital said. Gallagher said RiverBend has skewed the numbers and that there were 70 births at the center in 2018.

After the center closes, the RiverBend hospital will continue to offer “midwife-led, low intervention services for the foreseeable future,” PeaceHealth said in a statement. “We are committed to ensuring continuity of care and the same high-quality, affordable pre- and postnatal services currently offered by the birth center,” PeaceHealth said. “Under the future obstetrics model, PeaceHealth plans to further expand OB/GYN services to better meet the needs of the community, including our most vulnerable,” it added, without offering specifics.

PeaceHealth requires that all midwives at its facilities – including the main RiverBend hospital and the birth center – are overseen by a doctor, who monitors the midwife’s work from a distance and can step in if medical complications arise with the birth. PeaceHealth doesn’t have its own obstetricians. So, outside doctors do that supervision work.

The obstetricians of a Eugene medical practice, Women’s Care, are under contract with PeaceHealth to oversee both the birth center midwives and midwives who deliver at the RiverBend hospital.

The Women’s Care contract for supervising midwives at the birth center is set to expire at the end of September, and won’t be renewed because PeaceHealth is closing the center, said Josie Van Scholten, CEO of Women’s Care.

“There are birth center models across the country that don’t require doctor supervision, but that (is) not the PeaceHealth model,” Van Scholten said.

PeaceHealth “required supervision of the (center) midwives, and Women’s Care was that partner. But we are not the only practice in town that could have supervised the midwives,” she said.

“Women’s Care has always supported the midwives who deliver at Riverbend hospital and we are already in the process of hiring midwives for our practice who can oversee births,” she said. “In fact, our practice had the first midwives in the community working for us. We transitioned away from it when another option was available in the community. We have agreed to bring this into our practice (now) by hiring midwives on our staff again so we can give this option for low-risk and low-intervention births.”

Women’s Care has hired three midwives and is hiring a fourth, she said.

Meanwhile, just what PeaceHealth will do with the birth center building is unclear.

PeaceHealth has sought to placate irate donors who asked for their money back.

In a message to donors, it said: “Today, in Lane County, the birth rate is declining, and a significantly higher proportion of mothers are choosing to wait later in life to give birth. We have seen a shift toward higher risk pregnancy categories and increasingly lower volumes of births at the birth center over the past five years — a situation that is not sustainable,” PeaceHealth said.

“Please know that the birth center facility that you helped build will remain an important part of PeaceHealth’s service to Lane County through the delivery of family-centered, health-related services.

“PeaceHealth Foundation created the birth center fund in 2007 and received a total of $440,000 with approximately 200 separate donors as a one-time effort to build the facility in partnership with the medical center. PeaceHealth owned the birth center’s prior location and the proceeds of this sale also helped fund the new center.”

Jul 29 2019
News source:
The Lund Report
Keywords:
PeaceHealth, midwife, lane county, Nurse Midwifery Birth Center
×
This article is for premium subscribers. If you are one, please sign in below.
You can see two more premium stories for free. To subscribe, click here. We depend on premium subscriptions to survive, and they are tax deductible.
Sign InGo Premium Not now