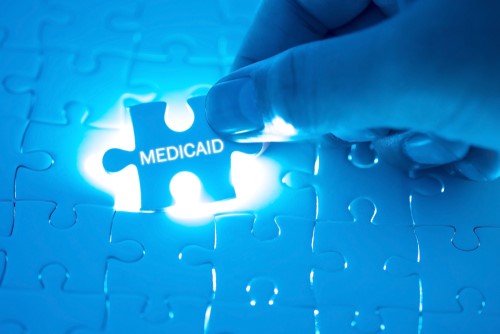 Health Share of Oregon is the only insurer that will apply to cover Portland’s Medicaid patients for the next iteration of Oregon’s Medicaid program after five potential applicants withdrew.

The coordinated care organization was among 18 entities to submit letters of intent to apply for a multi-million contract to cover Oregon’s Medicaid patients for the next five years. Three of Health Share’s subcontractors -- CareOregon, Providence Health Assurance, Kaiser Foundation Health Plan of the Northwest -- had also submitted letters of intent to cover Portland patients, raising the question of whether Health Share would remain the region’s only Medicaid payer.

CareOregon, Providence and Kaiser withdrew their intent to provide Medicaid coverage in Portland, according to updates released by the Oregon Health Authority on Tuesday. PacificSource and Moda also revoked their intent to coordinate care in Multnomah, Clackamas and Washington counties. Every county still has at least one applicant, a state press release said.

The revised letters of intent are the latest step toward Oregon’s largest procurement in history. The state’s existing Medicaid contracts expire at the end of 2019. It expected to pay upwards of $5 billion on the next five-year contracts.

Health Share intends to build on the successes and lessons learned from the first six years of coordinating Medicaid care, officials said in a press release Tuesday.

“Partnering around scarce Medicaid resources is the best way to serve (Oregon Health Plan) members in our community,” the release said.

The group had considered changing its structure to remove duplicate roles and extra administrative costs after critics questioned the need for a Health Share’s board to act as a middle layer between the Oregon Health Authority and its subcontractors. It remains unclear whether or not the Medicaid payer plans to restructure before applying for the next Medicaid contract or what a potential reorganization would look like.