Stakeholders admit they were unsure the coordinated care organization – one of the two largest in the state – would make it this far
By:
Christen McCurdy 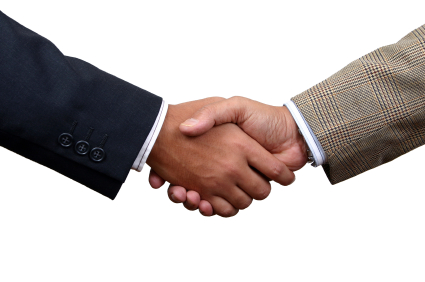 The party – scheduled to take place at the center's garden terrace, but moved indoors due to rain – also took place just as the enrollment period for those newly eligible for coverage under the Affordable Care Act began, and also on the heels of a federal government shutdown over the same issue. While the rollout of Oregon's health insurance exchange has been bumpy, with individual buyers still unable to enroll due to technical glitches, many low-income Oregonians have already received letters informing them of their eligibility for the Oregon Health Plan, whose short, two-page application asks them to check which coordinated care organization they'd like to enroll in.

“There were some times when I thought, we're not going to make it,” Dr. George Brown, CEO of Legacy Health, told the crowd. He attributed the organization's continued success – and Oregon's success at implementing Affordable Care Act reforms – to collaboration between all the stakeholders involved, and contrasted that spirit to the current shutdown in Washington, D.C. “Collaboration isn't easy, but it's easier than anger or hardened philosophical positions.”

Steve Weiss, who chairs Health Share's community advisory council and sits on the organization's board, also alluded to the shutdown – but more pointedly: “I strongly support President Obama and his actions on this matter. If it goes on longer than October, all Health Share members will be endangered,” he said.

Following Weiss' address, fellow community advisory council member Amy Anderson was presented with a Together Award – which CEO Janet Meyer said staff had a hard time keeping secret from Anderson, because she's so frequently in the office, attending meetings and asking questions.

Holding back tears, Anderson said she became active in healthcare reform in 2007 as “a very sick individual.” “I was actually on my deathbed, and many people didn't think I would live long enough to get my disability,” Anderson said, going on to say she was engaged with the work because her health, and the health of many others like her, will be permanently improved due to ongoing efforts to get more people access to care.

Mike Bonetto, health policy advisor to Gov. John Kitzhaber, started his talk by saying the governor sends his regrets at not being able to attend the event – like Sen. Laurie Monnes Anderson, who was slated to speak, the governor was unavailable due to the special session in Salem. Bonetto said the Cover Oregon website received more than 100,000 hits on its opening day Tuesday, and tens of thousands of Oregon Health Plan-eligible people have already received fast track applications in the mail. “We're now on our way to having 90 percent of Oregonians covered,” Bonetto said, to huge applause.

“We have been seen now as a national leader in deliver from the state delivery side,” said Bonetto, adding people around the country are focused on how Oregon will fare in its high-stakes experiment to both lower costs and improve health outcomes among the Medicaid population. Health Share's efforts have been the subject of talk around the state, he said. “I have to say what has been so remarkable about Health Share has been one thing and that has been leadership.”

Dr. Christina Milano, who works at OHSU's Richmond Clinic – a federally qualified health center that serves a large population of Medicare and Medicaid patients, as well as those without insurance – talked about the clinic's efforts to integrate care and reduce emergency room costs, noting that she shies from language like “hot spotters” or “high utilizers,” instead focusing on the problems that lead to frequent visits, not on the people who have those problems. Teams that include social workers as well as physical health providers huddle once a week to discuss patient health and what might make a difference in their lives.

“We're really starting to see that having a small focused group of individuals who are engaged with patient care can make a difference,” Milano said.

Later, Meyer told The Lund Report that right now, Health Share's main focus is making sure that newcomers to Health Share – the organization anticipates 40,000 new members – can keep seeing their primary care provider. The fast-track applications allow people to designate their current provider, and Meyer said the organization's ability to make sure patients continue to be paired with those providers depends, in part, on getting data from the Oregon Health Authority as soon as possible, hopefully before coverage kicks in.

Beyond that, Meyer said she feels confident the organization will be able to effectively serve new members come January when more people become eligible under the new rules (people who earn up to 138 percent of the federal poverty level) .