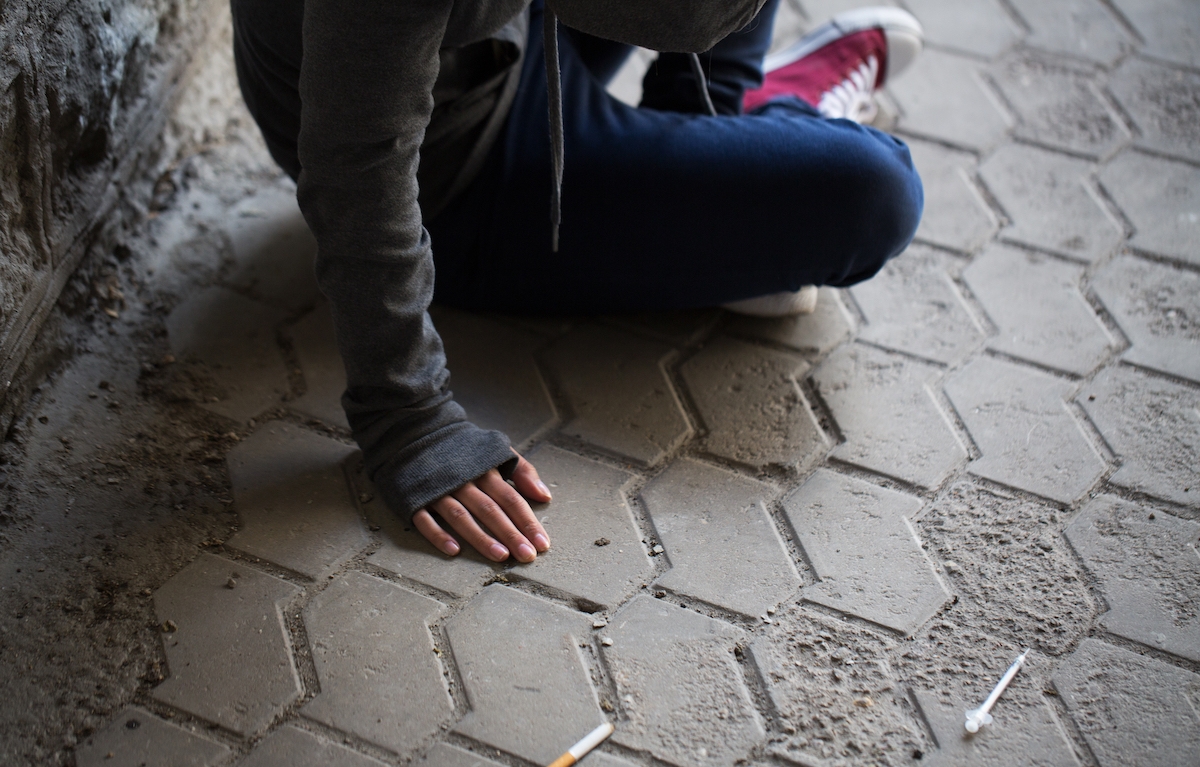 This article was republished from Oregon Capital Chronicle.

The federal government has allocated nearly $23 million to stem the opioid epidemic in Oregon, with overdose deaths skyrocketing in recent years.

The money, announced by the Biden administration last week, is part of $1.5 billion awarded to all U.S. states and territories to fight the crisis. Nationwide, the money will be used for treatment and prevention of opioid and methamphetamine use, recovery, social services support, including housing, and supplies of the medication naloxone to reverse overdoses.

In Oregon, the grant will be directed toward areas that have high rates of use, high overdose rates and low participation in treatment: southwest Oregon and the southwest coast, the Portland area, eastern Oregon and rural areas in northwest Oregon.

The toll of opioid use has never been higher. Opioid overdose deaths jumped from 280 in 2019 to 739 last year, according to Oregon Health Authority data. An increasing number of those deaths have been caused by fake oxycodone pills laced with fentanyl, which is up to 100 times more powerful than heroin. The health authority reports that in 2019, fentanyl was responsible for about 14% of all drug overdose deaths. In 2020, it caused 32% and nearly 48% last year.

“I’ve heard heart-wrenching stories from Oregonians who have lost loved ones after a prescription for an injury or treatment turned into an addiction,” U.S. Sen. Jeff Merkley, D-Oregon, said in a statement. “The impact of this crisis across communities is immeasurable, but these funds will have a real impact on our continued fight to beat this epidemic.”

Oregon’s other U.S. senator, Ron Wyden, also a Democrat, concurred. “This scourge demands a comprehensive response and this federal investment in prevention, treatment and more will help,” he said.

This is Oregon’s third such grant. The federal government gave the state  nearly $8 million in 2018 and nearly $12 million in 2019 to fight opioid addiction. With the spread of methamphetamine, the scope of the grant this year was widened to include illicit stimulant use.

“The money has made a tremendous difference,” McIlveen said of past grants. “I don’t think we can understate the fact that the need is overwhelming.”

Without it, even more people would have died, he told the Capital Chronicle.

“Countless lives have been saved by this,” McIlveen said.  “Just having access to some of the treatment in areas of rural and frontier Oregon and coastal Oregon has made a tremendous difference.”

The grant includes money for states to beef up law enforcement, but Oregon has moved away from criminalizing drug use with the passage of Measure 110 in 2020. Police now fine people with a small amount of illicit drugs a maximum of $100 and give them a number to call to get help. Few have followed up, however.

The state recently announced that it had distributed more than $260 million to establish treatment and recovery networks in each of the state’s 36 counties. McIlveen said the $23 million will complement that money. Both will help underserved communities, including people of color, LGBTQ populations and Native Americans. Nearly $7.5 million is dedicated to Native Americans, with $498,228 to the Confederated Tribes of Grand Ronde and $250,000 to the Confederated Tribes of Siletz Indians. Nearly $6.8 million will go to the Northwest Portland Area Indian Health Board, a nonprofit based in Portland that works on legislative policy, disease prevention and health promotion.

“Every day opioid addiction takes lives and destroys families,” Cheryle Kennedy, chair of the Confederated Tribes of Grand Ronde, said in a statement. “With this funding from Health and Human Services we will be able to provide critical services through our clinic, Great Circle Recovery, and support patients on their path through recovery.”

Delores Piglsey, chair of the Confederated Tribes of Siletz Indians, added: “The opioid crisis has affected our community. The funds will be used for wellness programs, mental health treatment, and every preventative measure that we have been unable to perform without the funding. Recovery efforts are severely needed in rural communities. We thank our Senator for his active participation in recognizing our unique needs.”

Nearly two-thirds of the money, $15.4 million, will be administered by Oregon Health Authority opioid experts. McIlveen told the Capital Chronicle the state will work with Oregon’s nine federally recognized tribes in using the money. He said funds will go toward hiring more addiction treatment staff and augmenting medication-assisted treatment of opioid addiction. For stimulant use, which can’t be treated with a medication, money will increase the use of “contingency management,” which involves giving patients money or other rewards for staying off drugs and proved to be effective.

Funds will also go toward harm reduction and expanding the related Save Lives initiative. Harm reduction is based on a philosophy of meeting people where they are and trying to keep them alive with use of naloxone, an overdose reversal drug, and distributing clean needles to prevent infections. Money will also go toward expanding peer support, which is not funded by commercial insurance of Medicaid but has been shown to help people recover. Peers are people who battled drug addictions.