February 13, 2013 – Doctors and nurse practitioners who provide primary care to patients enrolled in FamilyCare will soon get a little more money for their time in the office.

Starting in March, FamilyCare will be paying primary care providers more per primary care visit – an average of $75 per visit versus the $50 it and other managed care providers typically pay now, which is still higher than the $37 base rate for Medicaid visits, FamilyCare president and CEO Dr. Jeff Heatherington announced at a press conference yesterday hosted at Dr. Robin Richardson's southeast Portland office. 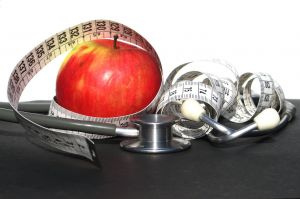 “The thing we know is that a robust primary care program does save money,” Heatherington said, adding that chronic diseases – including chronic mental health problems – are one of the leading reasons people see primary care providers. “We expect to see savings related to long-term health costs.”

“Everybody realizes that primary care is underpaid,” said Richardson, who serves on FamilyCare's board as well as participating in its network. “It's nice to see that FamilyCare is finally able to walk the walk and not just talk the talk.”

Richardson said many newly graduating physicians are reluctant to go into primary care practice because it isn't as lucrative as specialty care, and primary care providers in turn are often reluctant to take Medicaid patients because they aren't reimbursed as well by Medicaid insurers as they are by private plans.

He hopes that in addition to being able to see more Medicaid patients, providers will be able to spend more time in visits with patients, getting to know them better and improving their quality of care.

“It takes the best and brightest to keep you out of the O.R.,” Richardson said.

Heatherington said the shortage of primary care providers is one reason patients enrolled in the Oregon Health Plan – and Medicaid plans nationwide – may struggle to access healthcare, even if they have insurance.

Another is that some providers – a small percentage, he said – will not see Medicaid or Medicare patients at all, and others impose a cap on the number of Medicaid patients they will accept, which is often necessary to make sure they are paid. He hopes more providers will choose to see more Medicaid patients after reimbursement rates improve.

But this report only tracks data from federally qualifying health centers, which admit only low-income patients – so they may actually prefer Medicaid patients over uninsured patients, because they at least get some reimbursement for seeing the former.

A study published last year in the journal http://content.healthaffairs.org/content/31/8/1673.full said nationally, 40 percent of primary care physicians will not accept new Medicaid patients. A state-by-state breakdown assessing all providers' – including specialists' – willingness to see new Medicaid patients showed that only about one in five Oregon doctors are turning Medicaid patients away, but that Oregon's Medicaid plans pay about 62 percent what private plans do on average.

“It's a rebalancing,” he said.

Whether increasing investment in primary care will actually save the plan money remains to be seen, but Heatherington hopes to have numbers available in about six months, and said preliminarily, he expects the plan to save two dollars for every dollar invested in primary care.

Image for this story by Keith Ramsey (CC BY-SA 2.0) via Flickr.