Crowd at the capitol Ben Botkin.jpg 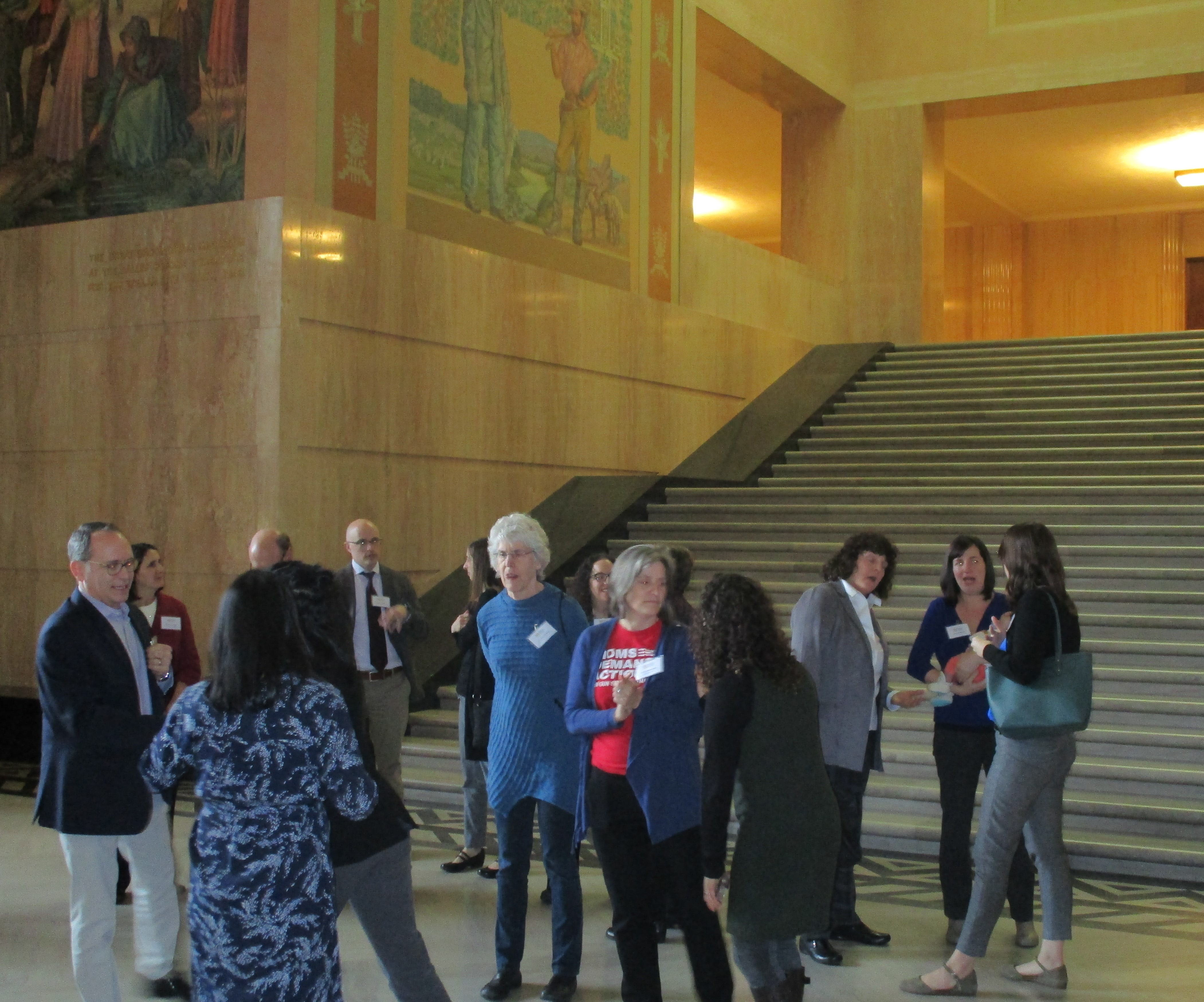 People gather at the Capitol in Salem where lawmakers discussed various health care and other proposals./Ben Botkin/The Lund Report

The family treatment court model, proposed in House Bill 4040, would put a full-time judge in each participating county in charge of the program.

The goal would be to expedite the entry of adults with drug and alcohol problems into treatment programs and services, with an eye toward keeping their children out of foster care or at least reducing their time in the system.

The House Judiciary Committee heard the bill on Wednesday. The legislation is a priority request from lawmakers in the House Committee on Human Services and Housing.

The family treatment court program would start in Coos, Clackamas, Marion, Jackson and Douglas counties. Judges praised the model as a good path toward quickly getting support for parents before problems worsen and children are forced into foster care.

“This is to get people sober for their families and for their children’s sake” said Bill Marshall, Douglas County presiding judge.

He said the program could give the cases the attention they deserve.

“We believe that a family treatment court would free up judicial time so that we could have families on a more active basis in front of judges,” he said.

The Oregon Association of Hospitals and Health Systems, which represents 62 community hospitals, supports the measure, calling it a collaborative approach.

“They bring together substance use disorder treatment, child welfare services, mental health, and social services agencies in a non-adversarial approach,” Andi Easton, the association’s vice president of government affairs, wrote in a letter to lawmakers. “Outcomes for these courts typically include an increase of participation and higher success with treatment, and ultimately less time for children in foster care.”

The hospital association said a review of behavioral health emergency department discharge claims in 2017 that found 75% involved substance use disorders. Only 25% were tied to mental health.

“Our courts have an important role to play in improving the lives of our children and in keeping them safe,” Walters said.

Feb 5 2020
News source:
The Lund Report
Keywords:
family court, substance abuse, legislature
×
This article is for premium subscribers. If you are one, please sign in below.
You can see two more premium stories for free. To subscribe, click here. We depend on premium subscriptions to survive, and they are tax deductible.
Sign InGo Premium Not now