The school is expanding its rural clerkships, with many new positions in specialty practices
By:
Christen McCurdy

April 1, 2013 – While Oregon Health & Sciences University is pushing for free tuition to students who choose to serve in underserved areas – including rural Oregon – it's also revising its curriculum in ways some doctors fear will affect rural rotations, also called clerkships.

Since 1994, OHSU has required all third-year medical students to fulfill a five-week rotation in a rural area, often in a family practice. 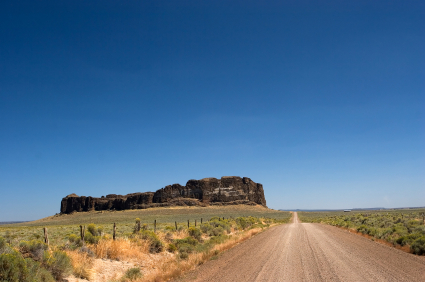 Last spring, the school administration began revising its medical curriculum, and Dodson and other physicians are concerned the school plans to stop requiring rural rotations and de-emphasize primary care in rural areas.

The website on the School of Medicine's curriculum transformation includes a fact sheet on rural rotations, created due to “many inquiries” and what school spokespeople say are unfounded rumors that rural clerkships are going to be eliminated. The fact sheet says the school wants to expand the number of rural rotations, better deploy technology in rural practices and expand the rotations “to include more specialties important to rural settings, such as general surgery or obstetrics.”

Dodson said the administration has used confusing language that obscures a diminishing focus on primary care roles in rural areas.

According to Dodson, some of the new rural clerkships, aren't in truly rural areas – but rather in populous areas like Eugene, Bend and Salem – and some are in specialty practices.

“Students could be in a neurology practice in Salem. That would be counted as part of the curriculum,” Dodson said.

Dodson is also concerned the curriculum attached to the clerkships, which focuses on community-based care, will be done away with, and she said going through a rural rotation without that context is akin to having a student observe a certain number of surgeries, then assuming that student is competent to perform surgery.

Dr. Mark Richardson, dean of OHSU's School of Medicine, emphasized that the curriculum is under review, but hasn't been rewritten yet. He did say, though, that the school is considering offering rural clerkships in specialized clinics.

Richardson said the school does already offer rotations in more populous areas of the state, though they are not part of the rural rotation requirement. He did not say whether the new curriculum would redefine “rural” to include those areas, adding that it can be a particularly difficult concept to define.

“I don't want to get around to definition. We aren't trying to change the nature of what we're doing right now,” Richardson said. “One of the real purposes of the rural rotations is for the students who are in those rotations to understand on a fundamental level what it's like to be in those rural communities. That goal is still absolutely a part of what we're trying to accomplish.” Instead, the idea is to expand the philosophy of rural clerkships to students interested in specialty practice.

“I think they are deliberately hiding the issue with their choice of language,” Dodson said. “Ultimately, we're having this battle of semantics.”

Dodson said she and other family providers have been trying to raise public awareness about the potential changes before they are adopted.

“It so violates the intent of what we've been doing for the last 20 years that I find it really challenging,” Dodson said.

To read an interim report on the progress of curriculum transformation, click here.

Following the publication of this story, OHSU submitted the following statement to the Lund Report:

The Office or Rural Health defines "rural" as a town with a population of equal or less than 40,000 and at least 10 miles from a community of that size or larger.
Link: http://www.ohsu.edu/xd/outreach/oregon-rural-health/data/rural-definitions/
The site of all current and future rural rotation will meet those criteria of rural.
Bend, Eugene and Salem do not meet that criteria.
We will certainly continue to do rotations in these communities as we always have. However, these are not currently considered rural rotations, nor will they be in the future.

Many medical students and

Many medical students and supporters of strengthening the Rural Clerkship Curriculum have signed a petition here: www.tiny.cc/ruralclerkship

Does primary care form the

Does primary care form the foundation of the healthcare system? Yes. Is there a shortage of primary care physicians and will it get worse? Yes. Is primary care medicine becoming production line work and is there a high dissatisfaction rate among primary care practitioners? Yes. Do primary care providers continue to lose control to insurance companies, the political system and the legal system? Yes. Will underpaid primary care physicians (with large debt loads) be competing with underpaid nurse practitioners and physician assistants? Yes. Bottom line is that primary care is being promoted in its idealized version, which clashes with the reality of practice. How are you supposed to get to know your patients when you are trying to see as many people as possible? For new graduates with large debt loads, its all about the numbers. You have to pay loans, taxes, support your family, and plan for retirement. That can require seeing over 30 patients per day, or less than 15 minutes per patient. You won't be asking yourself how much you can do, but how much less can you do for each patient to keep your numbers up. Primary care is withering, not because of a lack of rural rotations or lack of recruitment from rural areas. The problems are much more serious.