Family Caregivers in Oregon Provide $5 Billion Worth of Care

To help ease their burden, the state has unveiled a series of free training sessions, called Oregon Care Partners, but the fate of the program beyond June 30 is uncertain.
By:
Christopher Heun 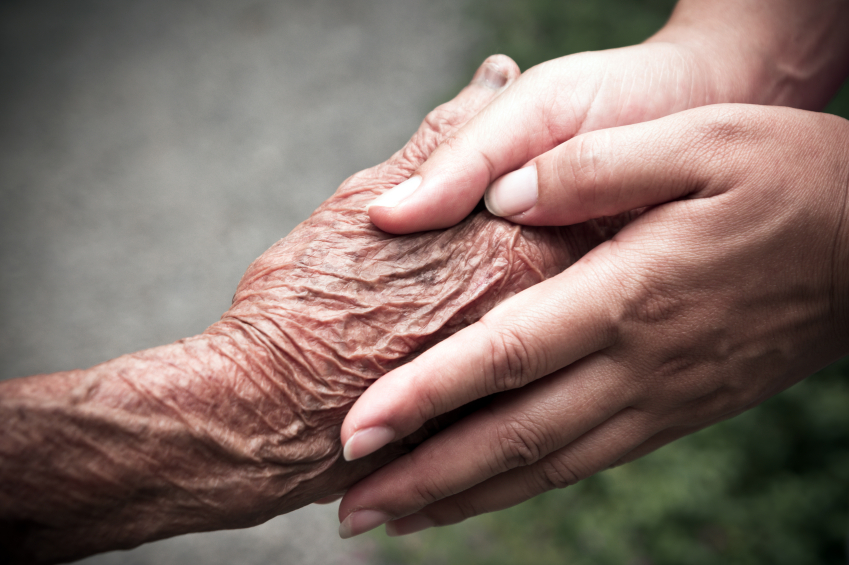 Oregonians “spend” more than $5 billion annually providing care for loved ones and friends who are elderly, have developmental disabilities or struggle with chronic disease.

That's according to estimates by AARP Oregon and the Oregon Health Care Association. Those figures match up with nationwide totals tabulated by the RAND Corporation, which stated in a recent report that informal or unpaid caregiving by family members and friends is the primary source of long-term care of the elderly.

To help ease their burden, the state has made a relatively modest investment in a new initiative to provide free training sessions for family caregivers, called Oregon Care Partners, that’s just getting under way.

There's no doubt that help is needed. RAND found that Americans spend an estimated 30 billion hours each year caring for the elderly, and that the annual cost—measured by estimating income lost in order to provide this informal caregiving— was $522 billion.

Between 450,000 and 600,000 people in Oregon act as family caregivers. Typically, they do so because they have no other option.

“If we were to pay people the value of the care they were providing, we really wouldn't have the resources,” said Jon Bartholomew, the director of government relations for AARP Oregon. “Family caregiving is what people generally want. People what to live in their own homes, with people taking care of them on a personal level who they trust and know. But that creates stress for caregivers. That's something we want to pay attention to.”

Oregon ranks poorly nationwide when it comes to helping caregivers manage their stress, according to AARP research. Bartholomew said the association is looking at ways to provide more training and information for people who find themselves helping a loved one or friend.

Oregon Care Partners is designed to meet that need. It's a consortium between the Alzheimer’s Association, the Oregon Health Care Association, SEIU Local 503 and six collaborating organizations, including the Oregon Department of Human Services.

The goal is to offer free training sessions to 10,000 people across the state by June 30 – when the $3.2 million state grant runs out – for everyone from family and professional caregivers to nurses, public safety workers, social workers and pharmacists. There are three categories of classes, offered online and in person: Alzheimer’s disease & related dementias, challenging behaviors in non-dementia populations, and medication safety and aging.

Angela Neal, the project director, stresses that Oregon Care Partners is not offering the typical free training. Teepa Snow, a nationally recognized dementia and Alzheimer's care expert, is leading some sessions. The Alzheimer's Association is contributing its trainers, and Acumentra Health and Consonus Healthcare are sharing

their pharmacists. In addition, William Simonson, Pharm.D, the former chairman of the board and president of the American Society of Consultant Pharmacists, helped develop geriatric medication courses.

“It's such an amazing opportunity from quality trainers,” Neal said. “The main thing was to get into outlying areas that don't normally have access to this type of training. When you get out to La Grande and over to the coast, those areas don't have access.”

Nationwide, the cost to replace informal care with unskilled paid care at minimum wage would be $221 billion a year, while replacing it with skilled nursing care would cost $642 billion a year, according to RAND. An AARP study reported that almost half of family caregivers perform complex medical or nursing tasks that would be expensive to replace. They do things like keep track of multiple medications, provide wound care, and help out with activities of daily living as well as responsibilities such as transporting patients to appointments or helping to manage their finances.

“The vast majority of Oregonians who have service needs are not people who fall into our safety net services and programs. The expenditure to meets needs in the community are being done privately by families,” said Jim Carlson, CEO of the Oregon Health Care Association, whose member facilities provide services to more than 40,000 Oregonians each day.

Carlson is enthusiastic about the potential of Oregon Care Partners to provide quality, best practice training. “This is one of the best kept secrets out there,” he said. “It's a small investment with a big impact.

“In my experience, in recent history, it's really the first time I've seen even a modest investment made to try to address this. It's potentially one-time funding, but a lot of advocates out there think this is a worthwhile initiative that we out to allocate resources to.”

In fact, the fate of Oregon Care Partners past June 30 hangs in the balance. Governor Kitzhaber's budget released Monday did not mention the program.

Bartholomew is optimistic, however. “The Oregon legislature is becoming much more aware of the need to help family caregivers. There's an increasing awareness among legislators, especially leadership, that family caregivers are a critical part of our care system.”

He takes it as a positive sign that the governor has continued the “smart investments made by the legislature” recently in programs like Oregon Project Independence for elderly Alzheimer's patients, the Public Guardian program and special needs transportation.

But Bartholomew and others will have to wait until the February legislative session for news on funding for another program he sees as valuable, the Aging and Disability Resource Connection, which helps families sort out the local public and privately paid options available to them.

“One issue caregivers deal with is they've never really thought about being a caregiver. A huge number of people end up being caregivers in their lives,” he said. “They've got a million questions. Are there state programs to help pay for this? Can I get paid for doing this in my own home?

One legislative priority for AARP in Oregon will be the Caregiver Advise, Record, Enable Act, already passed in New Jersey and Oklahoma, that requires hospitals and rehab facilities to record the name of a family caregiver when a patient is admitted, and then provide an explanation and live instruction of the medical tasks that the caregiver will perform at home.

“We're trying to get the family caregiver recognized as part of the care team,” Bartholomew said. “If they want a demonstration, they'll get a demonstration, as opposed to getting a sheet of paper saying 'Here's what you do.' It's much more effective to be shown what to do.”

The bill may end up costing hospitals money, since it would require demonstrations of things like cleaning pick lines, changing colostomy bags or managing medications. But, on the other hand, it could also end up saving money, since Medicare is now penalizing hospitals for high readmission rates.

AARP will also campaign to restore funding to the lifespan respite program, which gave caregivers a break by providing funding for local adult day centers and in-home help.

“Caregivers have independence and dignity that they want to retain, but if they're expected to give 24-hour care, they lose that. They lose their connections,” Bartholomew said. “That's one of the things we need to address.”