Philip Greenhill, chief executive officer at Western Oregon Advanced Health, made the most in 2017, taking home more than $692,000.
By:
Jessica Floum 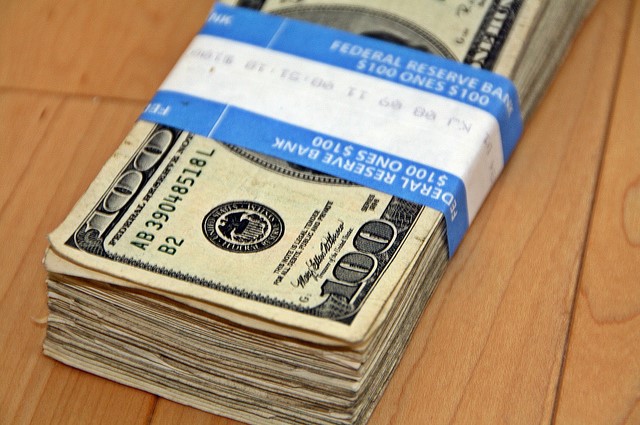 The highest paid executives who manage Oregon’s Medicaid program took home more than $12 million in 2017, according to data obtained from the Oregon Health Authority through a public records request.

The data includes salaries of the 46 highest paid executives at 16 current and former Oregon coordinated care organizations, whose funding comes in large part from federal and state Medicaid dollars. In exchange, the organizations are responsible for providing physical, dental and mental health care to the one in four Oregonians on the Oregon Health Plan.

The executives’ total incomes made up less than a quarter of a percent of the $4.9 billion of state and federal Medicaid money the coordinated care organizations received from the state in 2017.

More than 40 percent of those executives earned income from related organizations and some of the salaries listed below could include private dollars from corporate owners.

Philip Greenhill, chief executive officer at Western Oregon Advanced Health, made the most in 2017, taking home more than $692,000, according to the state data. The average salary among the highest paid executives was about $267,000.

The 10th highest paid executive, Bruce Croffy, is chief medical director at Umpqua Health Alliance. He made more than $387,000. The average salary among the 12 medical directors was about $276,000.

The data does not include salaries from the health plans that contract with HealthShare, the state’s largest coordinated care organization that covered more than 206,000 Oregon Medicaid patients in 2017. The state does not ask for salaries of those executives because they are not responsible for the coordinated care contract with the state, Oregon Health Authority spokeswoman Allyson Hagen said. Because of that, portions of some executives’ salaries are missing.

CareOregon CEO Eric Hunter, for example, reported making about $110,000 in 2017 from his work with Jackson Care Connect and Columbia Pacific, two coordinated care organizations that CareOregon manages. But a 2016 tax return filing from CareOregon showed that he made about $250,000 in 2016. His predecessor, interim CEO Scott Clement made almost $300,000 that same year, according to the tax filing.

“CCOs are only required to report compensation paid to executives as part of their CCO contract,” Hagen said.

Below are the top 10 highest paid coordinated care organization executives of 2017, ranked by income.

It is a mystery to me why executives think they are worth so much more than the physicians they are supposed to be supporting.  The purpose of a CCO is to facilitate the relationship between physicians and their patients -- not just to suck as much money as possible from public funds