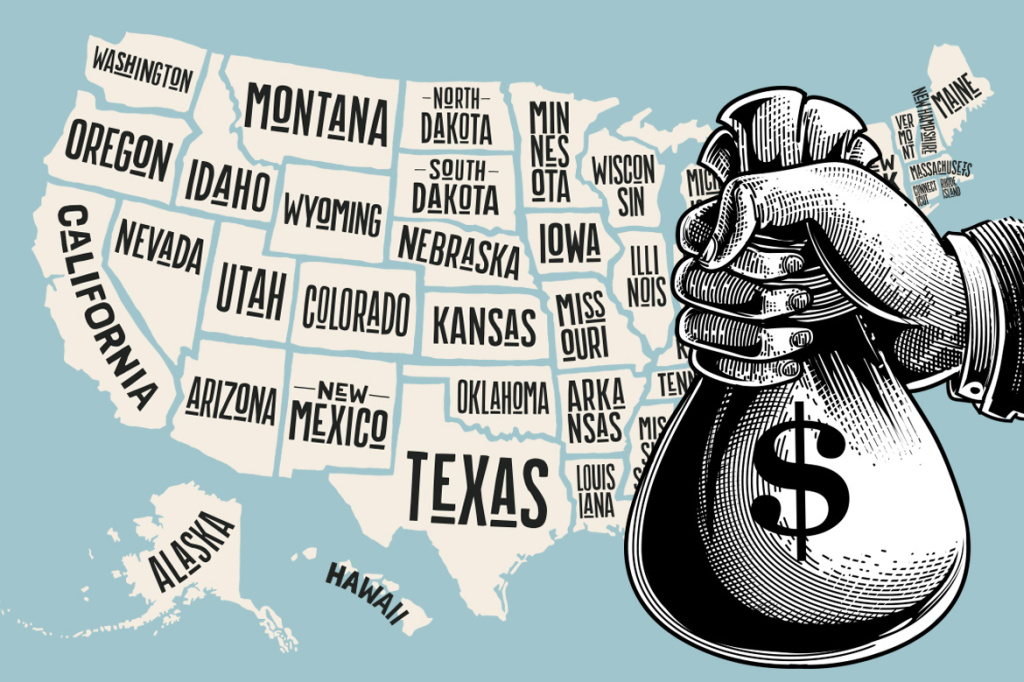 President Donald Trump’s administration made explicit this weekend its commitment to an old GOP strategy for managing Medicaid, the federal-state insurance plan that covers low-income people — turning control of the program to states and capping what the federal government spends on it each year.

It’s called “block granting.” Right now, Medicaid, which was expanded under the 2010 health law to insure more people, covers almost 75 million adults and children. Because it is an entitlement, everyone who qualifies is guaranteed coverage and states and the federal government combine funds to cover the costs. Conservatives have long argued the program would be more efficient if states got a lump sum from the federal government and then managed the program as they saw fit. But others say that would mean less funding for the program —eventually translating into greater challenges in getting care for low-income people.

Block granting Medicaid is a centerpiece of health proposals supported by House Speaker Paul Ryan and Rep. Tom Price, Trump’s nominee to run the Department of Health and Human Services. This weekend, Trump adviser Kellyanne Conway emphasized the strategy as key to the administration’s health policy.

But what would this look like, and why is it so controversial? Let’s break down how this policy could play out, and its implications — both for government spending and for accessing care.

Q: How would a block grant work?

So far, Trump hasn’t released details on his particular plan. But the basic idea is that states would get fixed federal grants that would be based on the state and federal Medicaid spending in that state. The grant would grow slightly each year to account for inflation. However, the inflation adjustments are expected to be less than the medical inflation rate.

The federal funding is open-ended, but in return, states must cover certain services and people — for instance, children, pregnant women who meet income criteria and parents with dependent children. Under a block grant, states would have more freedom to decide who qualifies, and for what services.

How much freedom states will have will depend. Many proposals loosen state coverage requirements, which could mean that if states opted to cap enrollment, for example, people who are technically eligible might not get coverage, noted Edwin Park, vice president for health policy at the left-leaning Center for Budget and Policy Priorities in Washington, D.C.

Q: Is this the same thing as a “per capita cap”?

The block grant differs slightly from that other conservative favorite. Per capita caps have also been endorsed by Ryan. Under those, states also get a fixed amount of money each year, but that sum is calculated based on how many people are in the program. Since block grants aren’t based on individual enrollment each year, the state wouldn’t necessarily get more money to compensate if, say, more people qualified for Medicaid because of an economic downturn. In theory, a per capita caps system would increase funding. But if, say, an expensive new drug entered the market, or a costly new disease emerged, the Medicaid budgets still wouldn’t change to reflect that, Park noted.

Q: It seems like both Democrats and Republicans are pretty fired up about this. Why is this such a big deal?

The block grant system is a radical shift from how Medicaid has worked previously. Republicans say it could save the government billions of dollars. But other analysts note those savings could limit access to health care if the funding becomes squeezed. Thanks to the 2010 health law, which led states to expand Medicaid eligibility, more people would face the brunt of those cuts.

The fiscal impact: The non-partisan Congressional Budget Office estimates recent Republican block grant proposals could cut Medicaid spending by as much as a third over the next decade. The cuts would start small, growing larger over the years.

Many Republicans say that, because states will have greater flexibility, they can innovate with their Medicaid programs.

But opponents note that experimentation alone won’t make up for smaller budgets. The fixed grants could mean states cut benefits or force beneficiaries to take on more cost-sharing, for instance.

Some federal requirements are necessary, said Tom Miller, a resident fellow at the conservative American Enterprise Institute. Block granting could “be great or a disaster,” he said, depending on how it’s implemented. “The ideal model from the view of states is, ‘Give us the money, and I’ll let you know what I did.’ That’s not going to work,” he said.

The potential impact is significant. More than 10 million who got insurance through Obamacare are on Medicaid and could be affected. That’s also why some Republican governors — particularly in states that embraced the health law’s Medicaid expansion — have joined their Democrat peers in expressing qualms.

This dates back at least until the 1980s. President Ronald Reagan pushed Medicaid block grants in 1981, House Speaker Newt Gingrich in 1995 and President George W. Bush in 2003.

Gingrich’s plan came closest — it passed through Congress but failed to garner approval from then-President Bill Clinton. He eventually consented to block grant welfare, resulting in the Temporary Assistance for Needy Families program.

Q: I don’t get my insurance through Medicaid. So why should I care?

Medicaid is a major government program. In 2015, it accounted for 17 percent of the nation’s health care expenditures — money that comes from taxpayer dollars.

Plus, the 75 million people covered make up almost a quarter of the U.S. population. And almost two-thirds of people in nursing homes pay for their care using Medicaid — indeed, most of the program’s spending is on the elderly and disabled. If lawmakers are trying to save $1 trillion over a decade, it’s hard to see how that could happen without touching elderly benefits, noted Matt Salo, executive director of the National Association of Medicaid Directors.

Even if you aren’t covered by Medicaid, you probably know someone who would be affected by block granting.

Revamping Medicaid could also affect what services hospitals provide, and their economic strength. Specifically, hospitals and clinics that treat large numbers of Medicaid beneficiaries may have to rethink their budgets, what services they can provide and how many people they can employ. That matters from a health care standpoint, but also a jobs one — hospitals are often large community employers.

Finally, the debate could also set the tone for how Congress treats other so-called “entitlement programs,” such as Medicare and Social Security. The CBO estimates that, barring any meaningful change, spending on Social Security and other health programs will account for about 16 percent of all the country’s yearly goods and services — the gross domestic product — by 2046. A successful change in Medicaid could pave the way for similar changes in other programs.

Q: What are the odds this actually happens?

Now that the GOP has control over Congress and the White House, Republicans have made health care a top priority, including provisions in the new budget to repeal Obamacare, for instance.

Large portions of a block grant proposal could be achieved through budgetary reconciliation, both Park and Miller said. That means it could pass without Democrat support, even in the Senate, since it would only require 51 votes.

But without more specifics, any assessment of the consequences is, at best, informed speculation.

“What does a block grant mean in terms of rules? … No one’s ever gotten far enough to say, ‘Here’s what this actually means,’” Salo said. “This is uncharted territory for a lot of us.”

This story was updated to correct a reference to a CBO report on spending. CBO estimates that spending on Social Security and health programs will account for about 16 percent of the yearly U.S. gross domestic product by 2046, not 16 percent of federal spending.