For the first time, the atlas maps access to healthcare and health outcomes
By:
Amanda Waldroupe 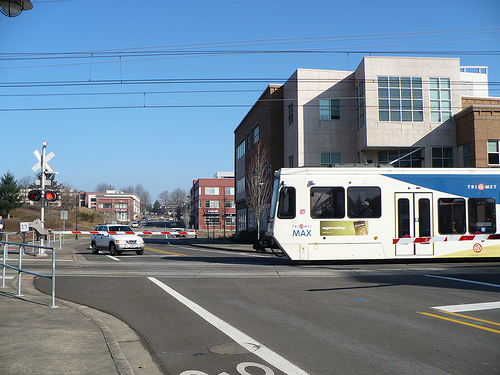 June 25, 2013 — The Coalition for a Livable Future, a Portland-based organization advocating for equity, released its second “Equity Atlas” earlier this month, including access to healthcare and health outcomes for the first time.

The atlas is made up of a number of maps, organized by Census tract, that show how well people living in the Portland metropolitan area, including Clark County, Washington, have access to the resources necessary to meet basic needs based upon geography: proximity to grocery stores, public transit, parks, and schools; the availability and distribution of affordable housing; air quality, and their access to healthcare.

“Again and again, the same patterns emerge: neighborhoods with built environments that encourage healthy eating and active living tend to also be places where residents have lower rates of chronic disease,” the atlas’ executive summary says. “The maps also show strong relationships between the distribution of populations in poverty and populations of color and the locations of areas with higher rates of chronic disease.”

Mara Gross, the coalition’s interim director, said one reason the new atlas includes access to healthcare and maps chronic disease rates is growing awareness of the connection between a person’s health and what is known as the “social determinants of health”—how a person's health is impacted by where they work, live, access to healthy food, and the quality of their life.

“As we talk about equity, we talk about the ability for people to meet their basic needs and advance their health and well being,” Gross said. “Health is absolutely essential to that.”

Some of the atlas’ key findings are:

It’s long been known that healthy disparities and high rates of particular conditions among ethnic minorities exist in east Portland and east Multnomah County. Reports like ones released by the Coalition of Communities of Color, and the State of Black Oregon, a report issued by the Urban League of Portland in 2009, make similar findings.

Mel Radr, co-director of Upstream Public Health, said the atlas is unique because the coalition’s atlas organizes the data according to geography. Data is available block-by-blcok, and it becomes starkly apparent exactly where disparities exist. “We know those disparities exist, but you don’t see how they vary within a few blocks with each other,” he said.

For instance, every census tract inside Multnomah County and east of 82nd has rates of diabetes above 7.9 percent. And because different maps can be laid over one another, one can see that almost all of the region’s schools with high poverty rates are also located in census tracts with high diabetes rates.

“We’re showing correlation, but not always cause and effect,” Gross said.

The Coalition of a Livable Future released its first atlas in 2007. It was updated this year because data from the 2010 Census became available.

“I hope it fields more conversations and promote action to reduce disparities that are very apparent,” he said.

Image for this story by Transit Nerds (CC BY-NC-SA 2.0) via Flickr.