They say Medicare, CCOs, private insurers all impose unnecessary roadblocks that make it tough for them to run their own businesses.
By:
Christopher Heun 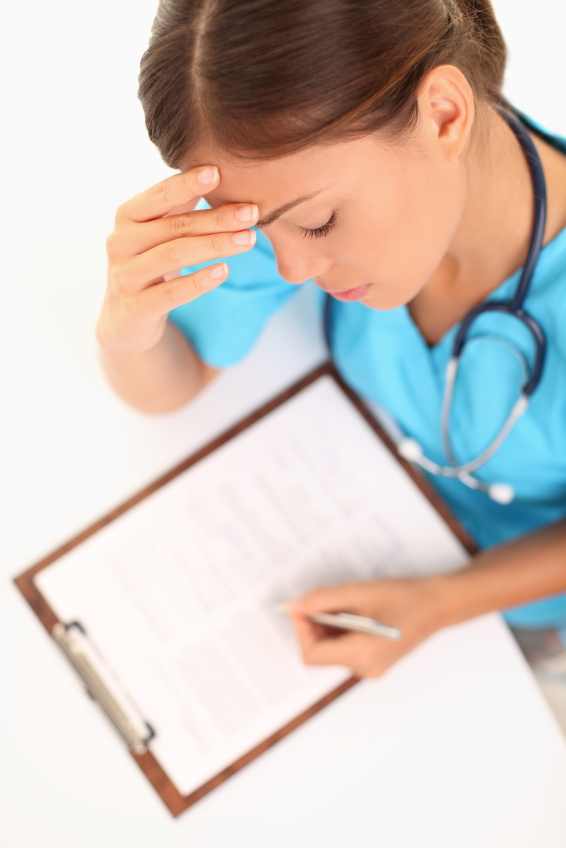 After 11 years of running her own business as a nurse practitioner and caring for thousands of patients, Teri Bunker fantasizes about a day when she – and all of her counterparts across the country – might refuse to see patients, to draw attention to the discrimination her profession faces.

That’s how frustrated she is with the health care system for the way she believes it treats independent nurse practitioners as second-class providers, and with Medicare in particular, which pays her and her colleagues 15% less than physicians for doing the same work.

Other independent nurse practitioners in the Portland area share her exasperation. Many have lists of personal grievances, ranging from exclusion by coordinated care organizations and local hospitals, to a disparity in payments by insurers compared to physicians, to a disappointment with their own ranks for failing to advocate forcefully for themselves.

Such barriers contradict the state’s emphasis on primary and preventive care now that the Medicaid rolls in Oregon have swelled to nearly 1 million. Nurse practitioners insist they are ready and qualified to help meet the demand.

To be certified in Oregon, a nurse practitioner must be a licensed registered nurse (RN) in the state, have a master's or doctoral degree in nursing, and have graduated from an appropriate specialty program, with at least 384 hours of practice as an RN.

“We really are the underdogs,” said Bunker, who runs Bridge City Family Medical Clinic in Northeast Portland. Her biggest complaint is the limitations placed on her by Medicare, which prevent her from ordering hospice or home health services for her patients. Instead, she needs a physician to certify the order.

For a while, Bunker made house calls, typically for patients who were in assisted living facilities, and at one point she saw more than 100 patients this way. But the extra step of getting a physician to sign her orders became too much, and she gave up.

“It cost me my reputation to some degree with a couple home health agencies when I couldn’t sign the orders fast enough,” Bunker said. “There was a lot of frustration on their part. Ultimately that cost me money, and because of those hassles I refused to keep doing house calls.”

Bunker continues to lose patients for this reason. Just recently, one switched to another provider who could order home health and hospice.

“It’s totally insulting. I can order methadone and morphine; I can sign your death certificate and do all these things. But in between, before you die, when you need hospice, I can’t do that,” she said. “Medicare is obstructionist.”

In some cases, reimbursement rates for nurse practitioners fall as low as 76% of what physicians are paid for the same service, she said. And that violates state law. Last year, with legislation known as HB 2902, Oregon became the first state in the nation to require insurance companies to provide equal reimbursements to primary care and mental health nurse practitioners, physician’s assistants and physicians when they perform the same work and bill under the same codes.

“If the insurers really believed I was three-quarters of the provider, why are they letting me touch their patients?” Holmes asked.

She took her case, first to the individual insurer, and then to the Oregon Insurance Division. Both dismissed her claim.

“I really feel that the state is not paying attention,” Holmes said. “The legislative intent in HB 2902 was very clear, so why is the state agency, the Insurance Division, not addressing the problem?”

The Insurance Division has not opened any investigations into payment disparity, according to a spokeswoman for the Department of Consumer and Business Services, who added that it has received only one complaint about the issue, which is now closed. All complaints are confidential.

Nurse practitioners are kept in the dark about the extent of payment disparity because there is no publicly available information.

“I don’t know how widespread the issue is, because there’s no transparency in the differences between our contracts,” Bunker said. “We don’t have any idea what someone else is getting paid.”

When Seth Merritt opened Merritt Health & Wellness in Southeast Portland in 2011, Kaiser told him that it wouldn’t contract with a nurse practitioner-owned clinic. However, it was perfectly acceptable for him to treat Kaiser patients at a clinic in Tigard, where he continued to work part-time with osteopathic doctors while he got his business off the ground.

Merritt also noticed that the reimbursement rates differed between the two locations. Health Net and UnitedHealthcare paid him $20 to $30 less per billing code at his new place, while Providence trimmed just a few dollars off. Moda, on the other hand, paid significantly more. Why the difference? He has no idea.

On top of all that, his most generous insurer today turns out to be Medicaid, which leads him to yearn for a simpler system.

“FamilyCare is paying better than most private carriers at this point, which is really weird,” he said. “If a Medicaid carrier has decided they can pay us better than private insurance, then the cat is out of the bag. Why not get a single payer system and make things more uniform?”

Getting credentials with insurers continues to be a problem. Providence won’t let Merritt on its plan, he said, although he’s not sure if that’s because he’s a nurse practitioner or if the company is simply not adding providers. He can see patients on one Moda Health plan, but not another, its Rose City Plan, which uses the Providence list of certified medical homes, the company’s version of patient-centered primary care homes.

Around and around it goes. He keeps filling out credentialing forms and hoping for the best. “There’s so much unneeded redundancy in health care because we have a private system with so many private carriers,” Merritt said.

As the alliances between insurance companies, hospitals and coordinated care organizations become closer across the state, independent nurse practitioners continue to find themselves on the outside, Holmes said.

She knows of one nurse practitioner who was forced to close her business recently when the local coordinated care organization denied her a contract.

“Even though we may be credentialed and have provided care to Oregon Health Plan patients, we have to get credentials with that coordinated care organization and get contracted with them,” Holmes said.

“Closure in nurse practitioner clinics is a big jump away from quality care. It’s going to impact patients,” she said. “I hear from families that they want more personable care outside the big box. They want people to know their name, they of course want to stay with the providers who have been giving them care for possibly generations.”

Why not get a single payer system and make things more uniform?

But that addressing the barriers to single payer--which means merging all the pools of money through federal waivers and tweaking ERISA. Vermont's "single payers" experience failed on those accounts.