Non-profit agencies that help employ people with disabilities got their funding slashed during the worst of the Great Recession. They thought they successfully lobbied to get their funding restored this June, but a lawsuit and a governor’s order has the Department of Human Services rethinking its priorities.
By:
Christopher David Gray

When the agencies that provide jobs for people with disabilities lobbied the Legislature for a better Department of Human Services budget this summer, their leaders thought they would see their own funding restored that was cut in the recession.

The agencies were seeking $3.5 million, a tiny slice of the $9.1 billion DHS budget, the best the agency has seen in years. The Developmental Disabilities Division received $1.7 billion in total funds. 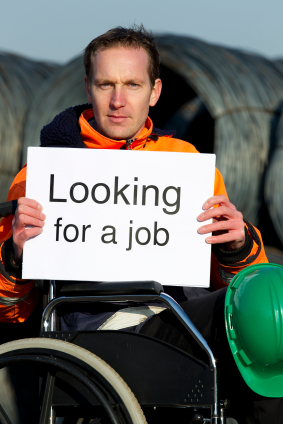 But six months later, the providers haven’t gotten the money they anticipated, and their programs are limping along with reduced staff and services.

In November, DHS director Erinn Kelley-Siel told a legislative budget committee that the agency did not intend to hold back the money from the providers, but the agency did need to begin to restructure the way DHS delivers its services to people with intellectual and developmental disabilities.

“I regret we’re in this circumstance,” Kelley-Siel said.

Disability Rights Oregon sued DHS in 2012, arguing that the agency had violated the Americans with Disabilities Act, allegedly corralling its disabled clients into closed workshops instead of making a concerted effort to help them find jobs in their communities. The U.S. Department of Justice joined the plaintiffs in April 2013.

Gov. John Kitzhaber followed the lawsuit with an executive order of his own, directing DHS and the Department of Education to work with clients to fulfill the promises of the 2008 Employment First initiative, which assists clients with work in the real world. He said the state would eventually reduce its support of the state’s sheltered workshops — where clients are provided with activities but often make little more than 40¢ can hour.

“While the state cannot guarantee a job to any Oregonian, the state can and should consistently work to continue to improve its provision of employment services to provide the best possible opportunities for success and choice for individuals receiving those services,” Kitzhaber wrote in his executive order.

The Department of Human Services is now being pulled both ways — complying with the governor’s order, avoiding a costly lawsuit — and ensuring that traditional providers who employ this population can remain in business.

The Employment First initiative is specifically supported in the 2013-15 DHS budget overview, with $26 million in total funds, including $8 million to retrain clients for work in the community. The money is directed to particularly target those who are leaving the school system as well as those who have been employed at the closed workshops.

But Christine Burnett, the executive director of the Oregon Rehabilitation Association, said the agencies in her trade organization offer integrated employment for its clients as well as workshop jobs.

Burnett said the money being held back to providers would help the agencies stay afloat so that they can support clients transitioning to integrated employment.

“You don’t just walk away,” she said. “It’s an ongoing support system.”

The legislators who listened to the November discussion did not vote to require DHS to make changes, but several encouraged the agency to restore the funds, telling them they could rebalance the $3.5 million into the budget when the Legislature meets for the 2014 session early next year.

“Cutting this group was just part of what we had to do to balance that budget [in 2010],” Sen. Alan Bates, D-Medford said. “I would really push hard for a restoration, not an increase.”

“I’m very concerned about the situation,” said Rep. Nancy Nathanson, D-Eugene. “We have some providers trying to hold things together with shoestring and glue and bubble gum.”

But even then, DHS was given mixed signals, with Bates telling the agency it should either restore half or all of the funds to employment providers.

A lot has changed since the cuts were made to these employment providers three to four years ago. The lawsuit and the new push for integrated employment was not a factor.

Direct-care workers also hadn’t been organized by the Service Employees International Union, which forced the state to pay these home support staff something closer to a living wage.

Bob Joondeph, the executive director of Disability Rights Oregon, said the state needs to show a more serious commitment to giving people with intellectual and developmental disabilities real choices when it comes to employment.

His organization’s lawsuit, Lane v. Kitzhaber, stems from a 1999 U.S. Supreme Court interpretation of the Americans with Disabilities Act, Olmstead v L.C. “They have the right to receive their services in the most appropriate, integrated setting,” Joondeph said.

He said the workshop system grew out of the Great Depression as a way to provide jobs for disabled veterans of World War I. A cottage industry grew up around the government funding, providing generally menial assembly jobs in closed settings to people who would struggle to find any work in the outside world. The programs later expanded to include social service clients who were born with disabilities.

The number of people with disabilities employed in these workshops has doubled since the 1990s to more than 2,600. About 2,400 are assisted with jobs in the regular workforce, according to DHS. The agency provided The Lund Report with figures, but refused to speak to this reporter on the record, citing the lawsuit.

“Workshops have become daytime institutional settings,” Joondeph said. “The state has not put its resources toward helping people get a real job.”

He said the employment providers are capable of supporting their clients who want to be in the regular work force, but their investment is in the workshops, and they are reluctant to change without clearer support from the state that it will pay them to retrain their workforce and repurpose their resources.

Joondeph said in the past Employment First has been a good idea that’s existed for five years with little more than “a pretty website” — and clear evidence of a new direction is yet to be seen. “We’ve taken the position that the governor’s order is not adequate. There’s no accountability in the governor’s proposal.”

Burnett said no one wants to hold clients back from finding the most fulfilling use of their time and talents, but employment providers need help making the change, including certainty that the state won’t lose interest in the model in a few years.

“It is going to need to be a long-term commitment” she said, adding that it didn’t make much sense that their basic funding wasn’t restored, if the state wanted them to take on new responsibilities. Clients need to be given both options without pressure to choose, she said.

“[Clients] should be very informed of what their options are. Some people will choose that facility-based setting,” Burnett said.

For those clients who do press to go outside of workshops, they will still need consistent support staff to guide them through day-to-day challenges.

It also doesn’t help that although the recession on Wall Street is over, the economy remains anemic with three or four applicants per every job opening. Burnett said if it’s a hard time for an average person to find a job, it’s doubly hard for someone with a disability.

A client may want a job in the workforce, but that doesn’t mean the job is there.