The facility will let parents age in place with their children – then take over their care
By:
Christen McCurdy 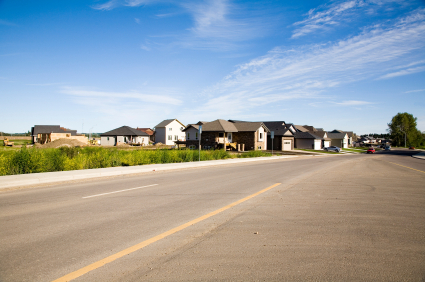 Dick and Sharon Beck's daughter, Kim, turned 41 last week, and the only present she asked for was a Cabbage Patch Kid. She participates in bowling and track and field events at the Special Olympics every summer, gets together with a group of women friends from high school every two weeks, is active in her church and attends social functions at the Edwards Center, a nonprofit that serves people who, like Kim, have intellectual disabilities. She also has a supported employment job wiping down tables at a company that makes solar panels in Hillsboro.

“She has a very full life,” Dick said.

For nine years, Kim lived in a group home they said cost $2,000 dollars a month – and when they had a financial setback and became unable to foot the bill, she moved back home with them, and the group home closed shortly thereafter.

Because Kim has an intellectual disability, Sharon said, she'll always be young – but the Becks worry that as they age, she won't be able to work or attend social events as frequently as she does now. They know other adults with developmental disabilities who've become more isolated as their parents – who they may depend on for in-home care, transportation or other needs – get older.

Now they're hoping to spend their retirement at a unique housing development the Edwards Center is planning at its Aloha site. The organization's founder, Jean Edwards, envisions a cluster of 10 homes – including some large homes and some homes with auxiliary apartments – next to the current site, which already offers a full roster of social programs and activities, as well as staff who can provide assistance to individuals who need it. Most importantly, the development's planners have promised that after parents pass away, their children will continue to receive care.

The Becks first heard about the center two years ago through friends who've decided they'd like to move into the planned development with their son. Now they're trying to find other families who include developmentally disabled adults, families that want to stay intact as the parents and children age.

Edwards had a strong hunch that if they were brought up differently, children with developmental disabilities could be much healthier – and some early research suggested the same.

“We had accepted a low life expectancy for this population based on congregate living,” Edwards said. Consistent food and exercise, community access and good healthcare have made all the difference for developmentally disabled people in the last few decades, she said. Now it's not uncommon for people with developmental disabilities to live well into middle age, and a couple of Edwards Center clients are now in their 70s.

At first, the center provided directed activities for just six adults, but eventually expanded to include residential care – the organization operates 14 licensed group homes throughout the Portland area – as well as a meals program in conjunction with Loaves and Fishes at the Aloha site, and an alternatives to employment program providing activities for people with disabilities.

While the Edwards Center receives funds from a variety of sources, including county coffers and brokerage fees, Leitner said Edwards Place will be funded by private funding sources alone. That's partly because there's so much competition for federal housing funds, and also because of the restrictions on how it can be used. The Edwards Center will own the homes at Edwards Place and rent them to families.

Grouping the houses close together will not only provide families a sense of community, where their children can just walk across the courtyard to have coffee with a friend or participate in an art class, it will be a money saver. Having caregivers available on an as-needed basis should cost a fraction of what it often costs for families to hire an in-home care provider, Leitner said.

While the Beckss suspect many families are still used to the idea of their adult children living in group homes, for them the idea of being able to continue to live with their daughter is what Sharon called an answered prayer.

“When you can't afford lifetime care for a loved one, it's hard. Now I can still be her caregiver until I can't anymore, and then they'll send in help.”