E. Coli Testing Bill May Have to Wait Until 2017 Session

Rep. David Gomberg's HB 3540 requiring mandatory E. coli testing for patients younger than 18 who have specific symptoms for more than four consecutive days got a sympathetic hearing Wednesday before the House Committee on Health Care, but it's too late in the session to pass in its current form.
By:
Cathy Siegner 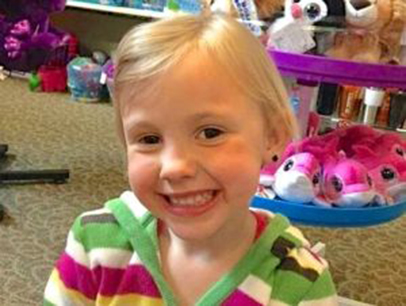 Legislation requiring Oregon healthcare workers to screen patients younger than 18 “who present for four or more consecutive days of unexplained diarrhea” for pathogenic E. coli bacteria is unlikely to pass because the bill was requested too late in the session.

"I think that the committee was certainly taken by the testimony and realizes there's an issue. Whether mandatory testing is the best approach remains to be seen," Rep. David Gomberg, D-Lincoln City, told The Lund Report. "Nobody testified against it, but part of the context is that this isn't a bill that has a potential to move, so we are considering some options."

Gomberg may set up a work group to fine tune his legislation so it can be reintroduced in either the 2016 or 2017 session.

He was approached to sponsor the so-called "Serena bill" by Sherri Profitt of Otis whose four-year-old granddaughter, Serena, died last fall after testing positive for an E. coli infection. Profitt believes Serena should have been tested much sooner. A family friend, Bradley Sutton, 5, also became ill and was hospitalized at the same time, but recovered.

Profitt’s granddaughter developed abdominal pain and diarrhea in late August 2014 and was taken to a local hospital, a pediatrician, and then a second hospital before being transferred to Doernbecher where she died September 8.

Initially diagnosed as having rotavirus, Serena wasn't tested for E. coli for several days despite worsening symptoms, and she later developed hemolytic uremic syndrome, had a seizure, and was declared brain-dead on the 10th day. Her parents then made the difficult decision to let her go.

"My daughter-in-law was told don't worry until the eighth day," Profitt said. "That's wrong. In eight days, her kidneys were already shut down."

The source of Serena's infection was never found, and test results were inconclusive. Public health officials speculated that watermelon or deli meat the children ate or contact with droppings from the family's pet goat might have been the source, but those theories were never proven.

Profitt told legislators her granddaughter was known for "her love of Skittles, her twirling dresses, sparkly shoes, her emphasis on drawing out her words with excitement, her big bright smile as she showed her turtle collection, and walking like her nana."

She’d like to see Oregon adopt mandatory E. coli testing so nobody else has to go through a similar experience. "Time is of the upmost importance," Profitt said.

"Ten days is all it took for us to lose Serena. … I beg you not to let it happen again to another family."

Mayor Don Williams told legislators, "Collectively, Lincoln City's heart was broken" by Serena Profitt's death, and that now the community would like "to find some good from this tragedy."

"In the rush to understand what happened, a local business was hurt, and the city's reputation was harmed. Prompt testing would have perhaps closed the timeline for speculation. This of course is no way as important as the loss of a child, but it is the fact of the matter," he said.