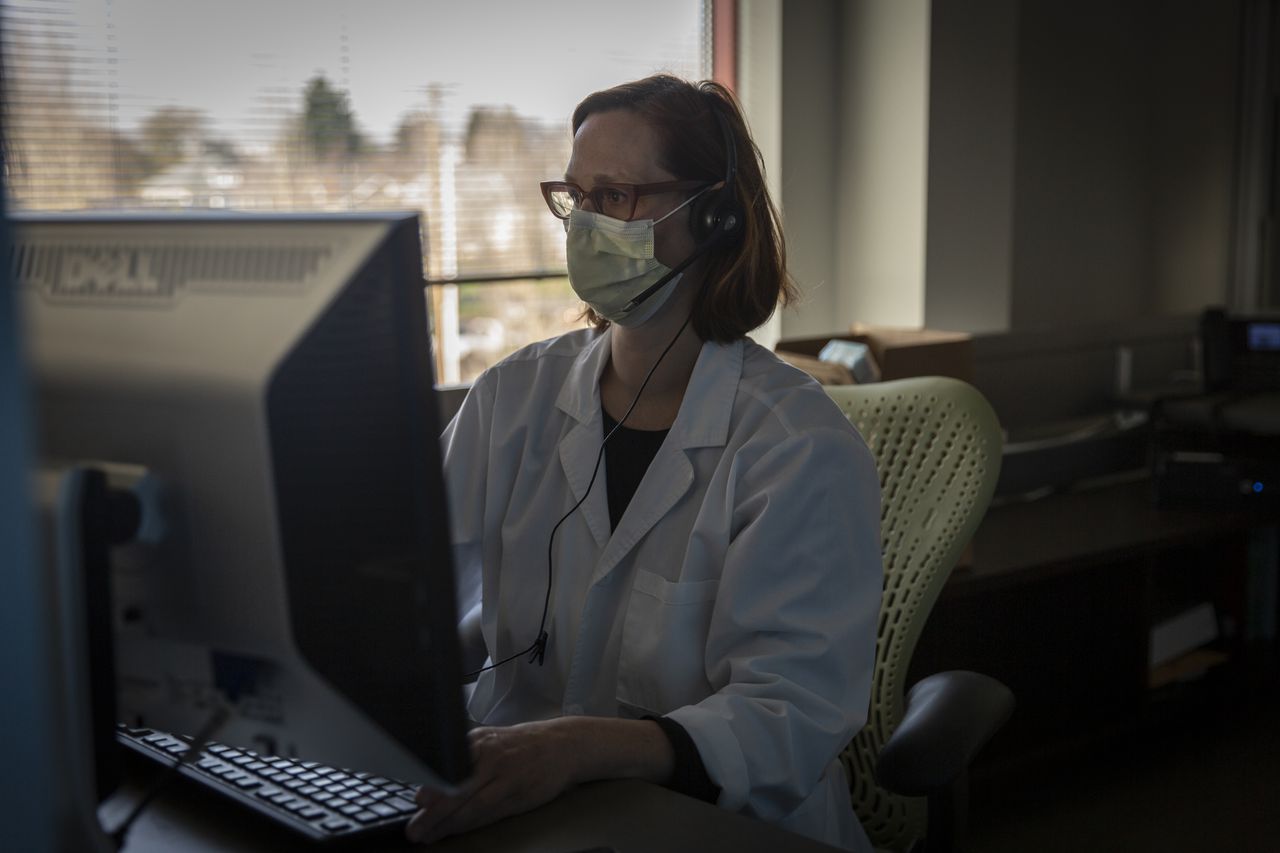 For her first abortion, Salina drove with a friend two hours to a family clinic in Eugene.

The 20-year-old walked past children playing in the waiting room, feeling the irony of what she was there to do. She was wide awake for the procedure. She fixated on the loud whirring of the vacuum-like machine in front of her. On the way home, she threw up on the side of the road.

Her second abortion came at the age of 38 in a non-descript FedEx box, with pills neatly packaged in separate manila envelopes. One pill, mifepristone, blocks a critical pregnancy hormone. Another, misoprostol, taken 24 to 48 hours later, triggers contractions that would rid the uterus of the embryo and any tissue. A third medication is to ease the nausea.

Since 2016, Oregon women have had the option to end their early pregnancies at home with an abortion through TelAbortion, a telemedicine program that allows women to bypass many of the traditional in-person clinical visits and consultations needed to get an abortion. Now, as the coronavirus pandemic has forced a meteoric rise in demand for remote care, abortion by telemedicine has become an even more crucial resource for women with limited options.

Salina, who is going by her first name for privacy reasons, got an abortion through TelAbortion in November.

“I can’t have another mouth to feed when I can hardly provide for the two that I have,” she said. She raises two girls by herself.

TelAbortion is a research study sponsored by Gynuity Health Projects, a nonprofit reproductive health organization based in New York. It began operating in Oregon, Washington, New York, and Hawaii in 2016 and has expanded to 16 states, adding five as the pandemic exploded. At the start of February, the program has conducted 3,327 screenings and mailed 1,654 packages nationwide.

Oregon and Washington women can access the option through Planned Parenthood Columbia Willamette. Another study site, the Oregon Health & Science University, is currently on pause to re-evaluate how the program is conducted and look for ways to improve access, said lead researcher Dr. Maureen Baldwin.

The Planned Parenthood site has mailed 128 packages since the start of the research program, and the OHSU site has sent 158.

Oregon is the only state with no laws restricting abortion. Legislation passed in 2017 requires insurers to cover abortion services with no out-of-pocket cost, and those on the Oregon Health Plan wishing to get an abortion are covered as well.

The state was chosen for TelAbortion because of this unrestrictive legal environment and for having a large rural area that could benefit from telemedicine services, said Dr. Paula Bednarek, the Planned Parenthood Columbia Willamette medical director.

More than 20% of Oregon reproductive-age women live in a county that does not have an abortion provider, according to a report by the Guttmacher Institute, a reproductive rights nonprofit.

When Salina called the Eugene Planned Parenthood to ask about abortion options, they did not have available appointments for weeks. For an in-person abortion, she would’ve had to travel the two hours to Portland.

Instead, she had her telemedicine appointments and calls while sitting in her garage in the early mornings, while her kids were still asleep.

“[TelAbortion] was probably the only way I would have been able to do this,” Salina said, “because just the gas and stuff alone to get over, and having somebody that has to pick you up because you can’t drive home on your own, and then having to find somewhere for my kids to be while I went and did that. It was just a lot of things that would have had to go into going to a facility.”

The drugs used in a medication abortion also face restrictions that limit women’s access to abortion.

Mifepristone was approved by the U.S. Food and Drug Administration 20 years ago for use in medical abortions in early pregnancy. It is also used to help manage miscarriages.

But it can only be given to patients in certain healthcare settings — clinics, medical offices and hospitals — by or under the supervision of a certified healthcare provider, according to FDA guidelines.

TelAbortion has been able to bypass this requirement through what’s called an Investigational New Drug application, which allows research studies to ask to use a certain medication in a way not approved by the FDA but rather by a research board as safe.

“Is telemedicine a medical office? We’re not really sure,” said Baldwin. “[But] this really is a difference in the location they’re handed their medication. All those other requirements are exactly the same.”

For now, TelAbortion remains the only avenue for women to access abortions by telemedicine. It’s limited to women in their first 10 weeks of pregnancy, as the medications are less effective after that period of time.

Though she had to visit a local doctor for bloodwork and a standard pregancy check-up, she did not have to mention anything about the circumstances of the pregnancy or her plans to have an abortion.

Despite the convenience, the at-home abortion experience still has its difficulties.

The abortion process was incredibly painful for Salina, who said she usually has a pretty high pain tolerance. Though the first pill she took had little to no side effects, the second one — which triggers contraction — set off waves of cramps that lasted several hours.

On the phone with Planned Parenthood, she was told to expect to pass large blood clots but was not prepared for the intensity of the pain or the amount of bleeding she experienced.

“I was pretty much inconsolable,” she said.

As the pandemic limits the availability of in-person medical services, other women have also been able to benefit from the option of having an abortion at home.

For Bridgette, who also used only her first name for medical privacy reasons, the limited appointments at the closest Planned Parenthood in the midst of COVID and fires raging across the state made having an abortion in her apartment the best option.

It wasn’t her first either — the 27-year-old had an abortion at 18 using the same medication regime, taking the first pill at a doctor’s office and the second at a friend’s house. It was something she couldn’t imagine telling her parents about.

“I’m almost 100% sure they wouldn’t approve of any abortion,” she said.

Struggles with different forms of birth control over the past few years brought her back to a familiar situation, as she recognized the signs of pregnancy in her body from the first time around.

“When I found out [the pregnancy test] was positive, my chest kind of collapsed,” she said. She immediately knew she wanted to get an abortion.

It was the first week of class of a new semester, but the flexibility of an abortion by telemedicine allowed her to fit the medications around her schedule.

After taking the first medication, she went on to work a long shift on her feet. Even after taking the second drug, she was able to attend her online classes from home.

Bridgette hopes to become a therapist and work in sex education and reproductive health programs. She still feels anxiety about being pregnant, after her tumultuous experiences with birth control. And she knows for sure that she never wants kids.

This story was first published by The Oregonian/OregonLive and is published here as part of a statewide collaboration of news organizations to share Oregon news related to the coronavirus. The Lund Report is part of the collaborative.